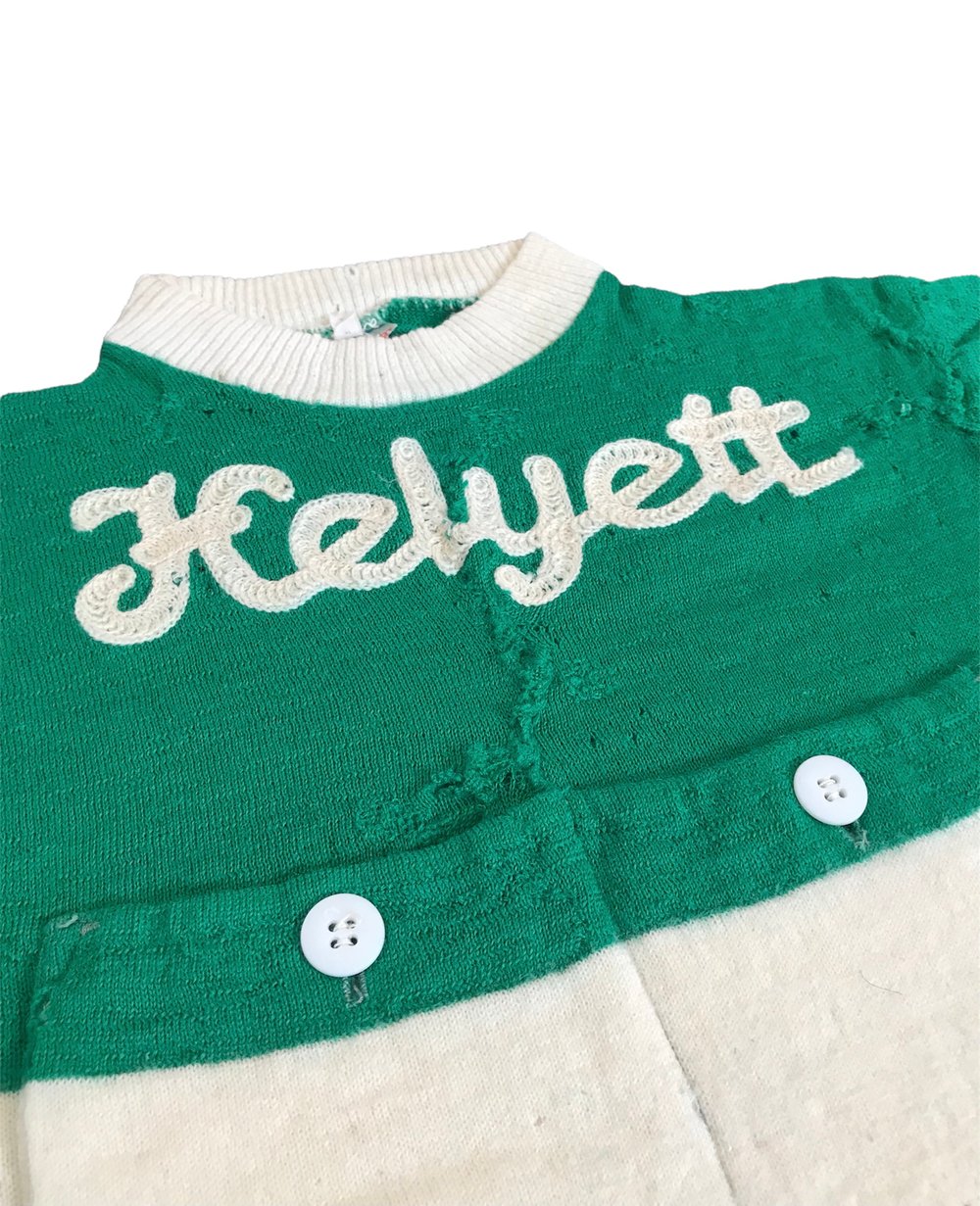 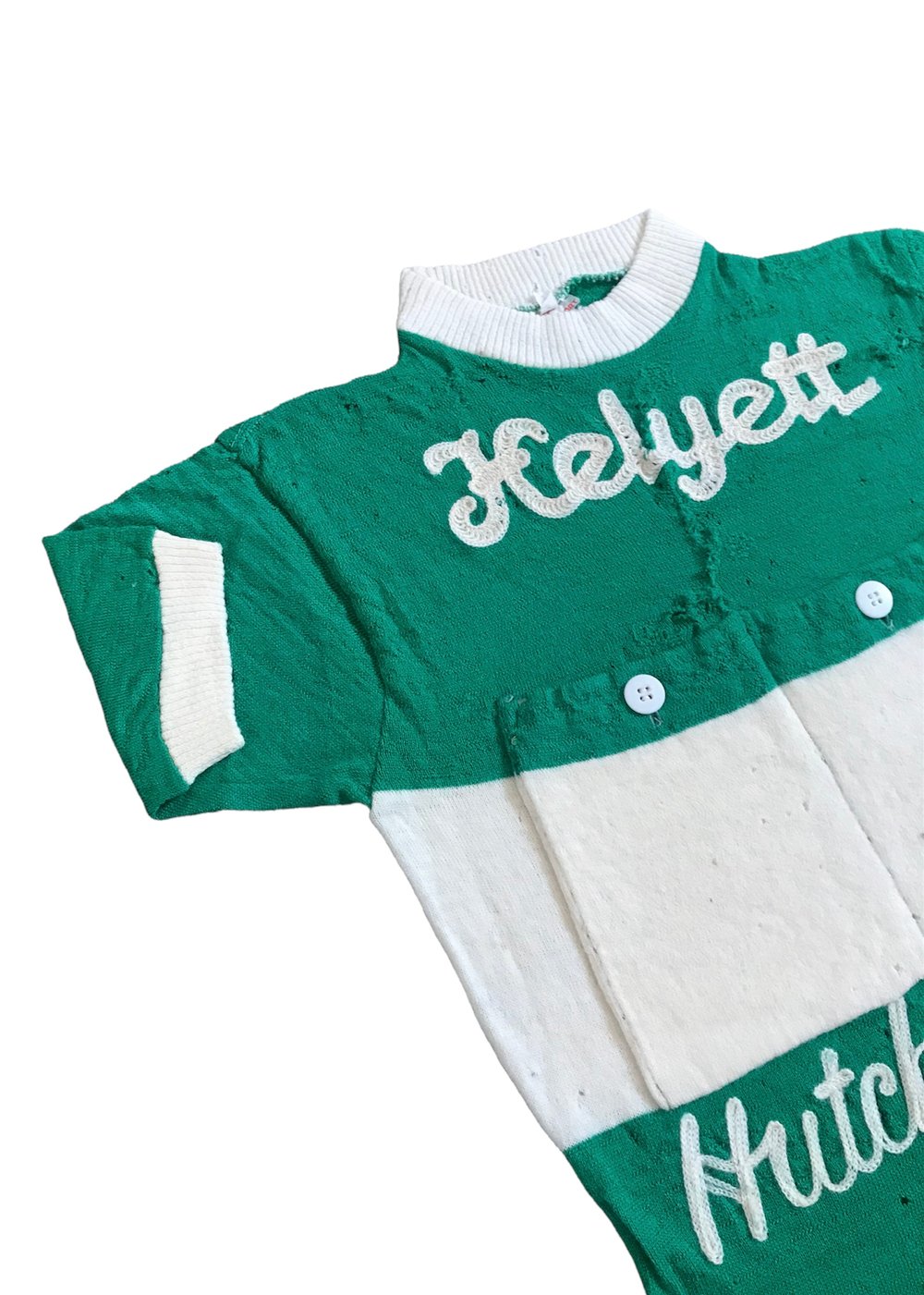 Arguably one of the most important French bicycle manufacturers - along with Alcyon, Automoto, Gitane, Mercier, and Peugeot - was Helyett. The company sponsored a professional cycling team from 1932 (Helyett-Hutchinson) until 1961 (Helyett-Fynsec-Hutchnson). At some point in their careers, legends like Rene Vietto and Jacques Anquetil rode for Helyett.

Condition: This jersey dates back to 1951, its condition has suffered over time, pieces of wool have been added following several falls of the rider. That being said, it is a great museum piece to own for a collector!

• Manufactured from an 100% pure wool with chain-stitched lettering
• The jersey shows the familiar front chest pockets used since the birth of cycling
• Two button down pockets at the front
• Short sleeves jersey
• Round neck, no zip
• Two front pockets
• Three back pockets at the rear
• Made in France by Mey Sport

PLEASE NOTE to review carefully the photos to determine the condition

Company History:
The Helyett company was founded in 1919 by two Picard brothers, in Sully-sur-Loire, with another factory near Orleans, and named after the heroine of the operetta Miss Helyett, whose image adorned many of the head badges affixed to Helyett bicycles.

The company started out making cycle parts but was soon making complete bicycles and, by 1926, motorcycles too.

In 1932 the company started sponsoring a cycle racing team with Hutchinson as co-sponsor, as they were almost continuously through to 1953 and a few of the subsequent years, the last time in 1961 when the team sponsors were Helyett – Fynsec – Hutchinson. The last Helyett professional team was the Saint-Raphael – Helyett team of 1962, when Jacques Anquetil gained his third Tour de France victory.

Jacques Anquetil won three of his five Tour de France victories riding for the Helyett team, before switching to Gitane in 1963 and winning again. Other great riders also rode for Helyett (list of the more notable ones to be added).

In 1962 the Orleans factory was sold to Robert Griffon for the manufacture of Griffon bicycles and in 1966 Helyett was merged with Gitane and subsequent Helyett bicycles became “badge-engineered” Gitanes – some even carrying the Gitane logo on the fork crown.