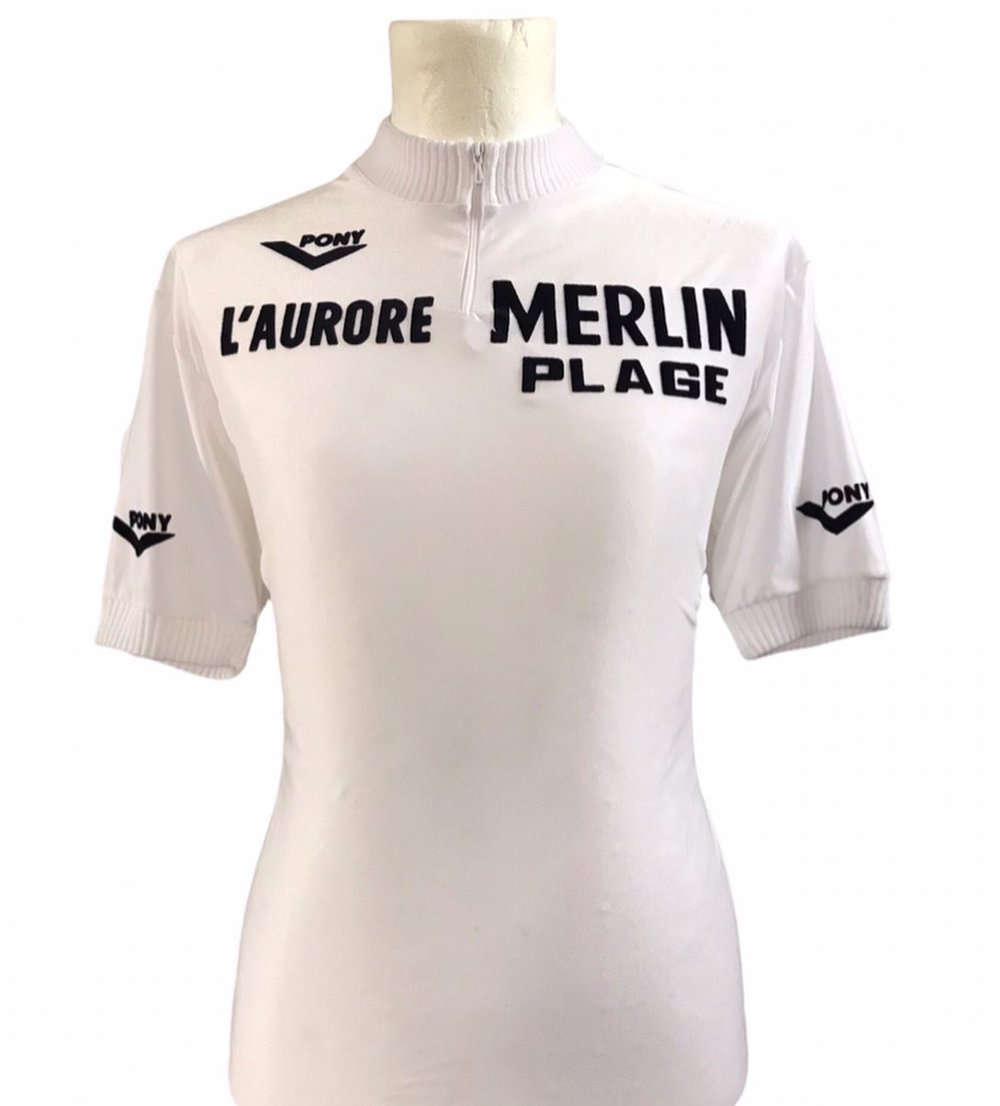 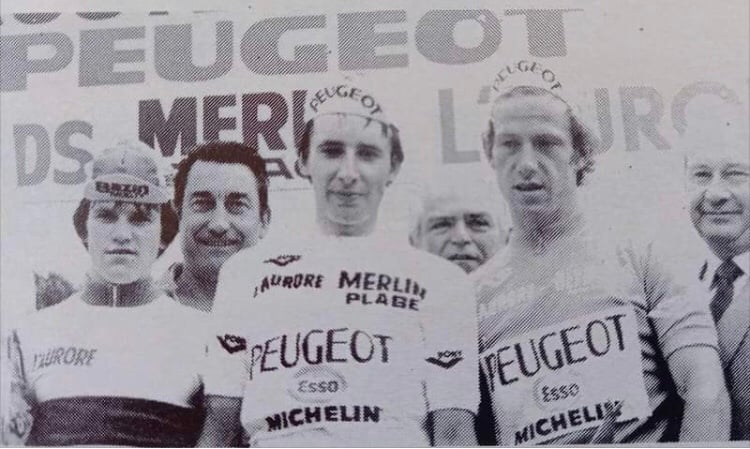 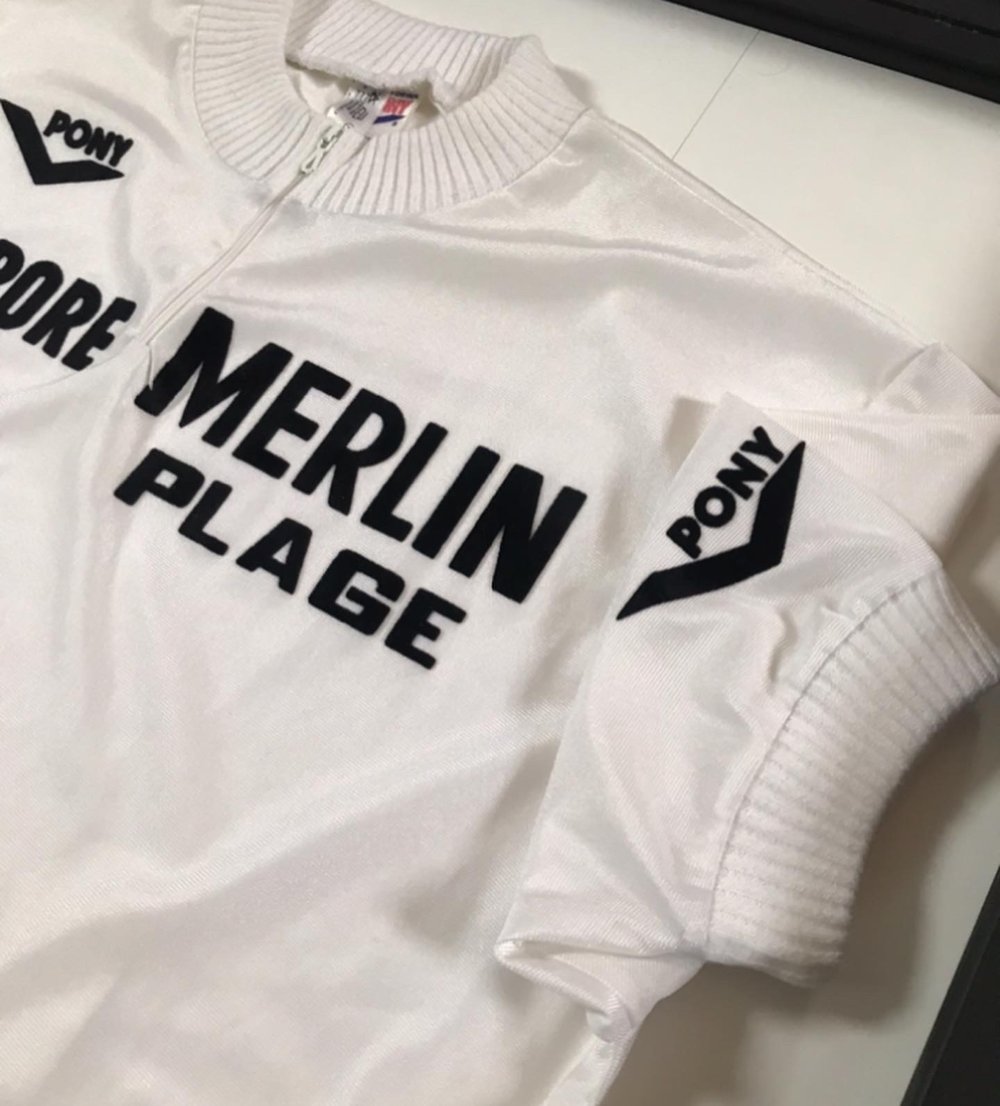 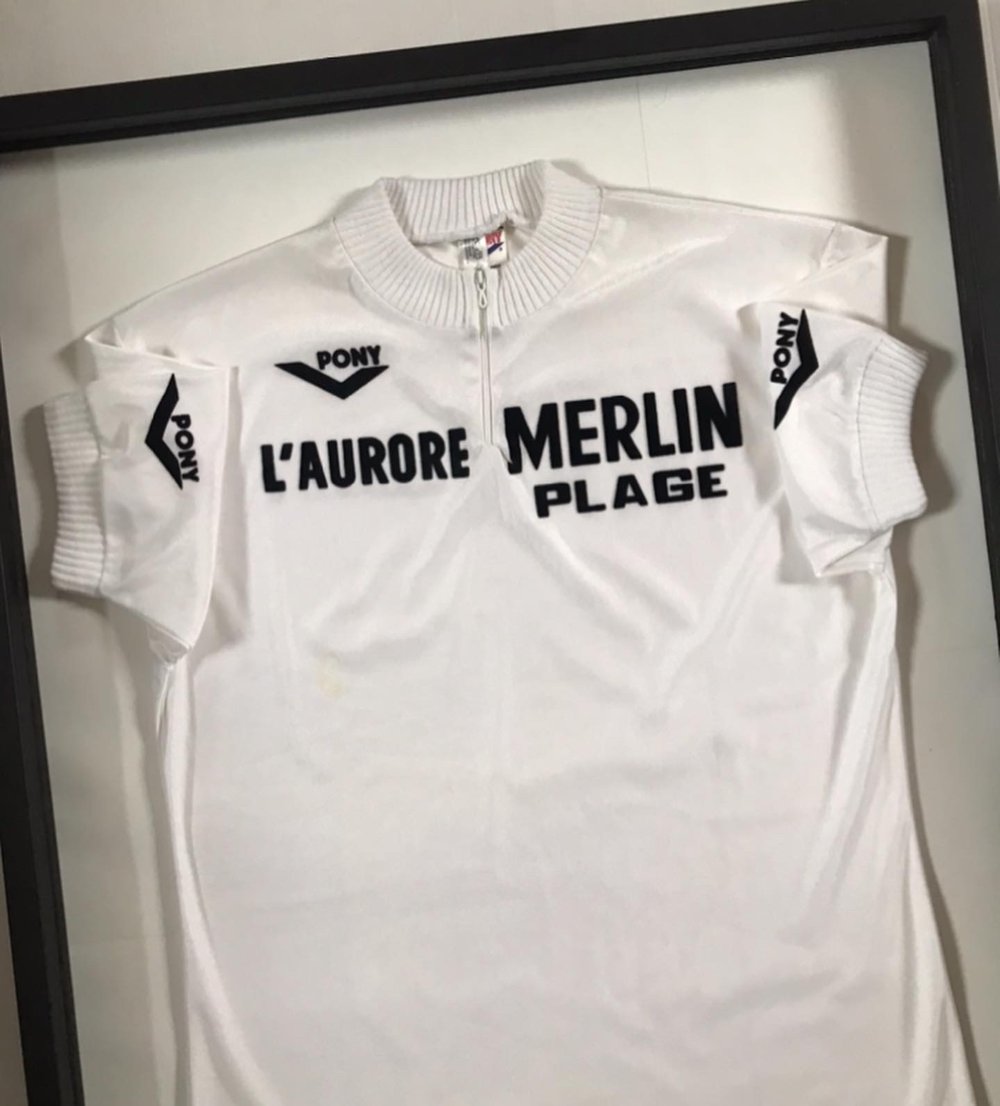 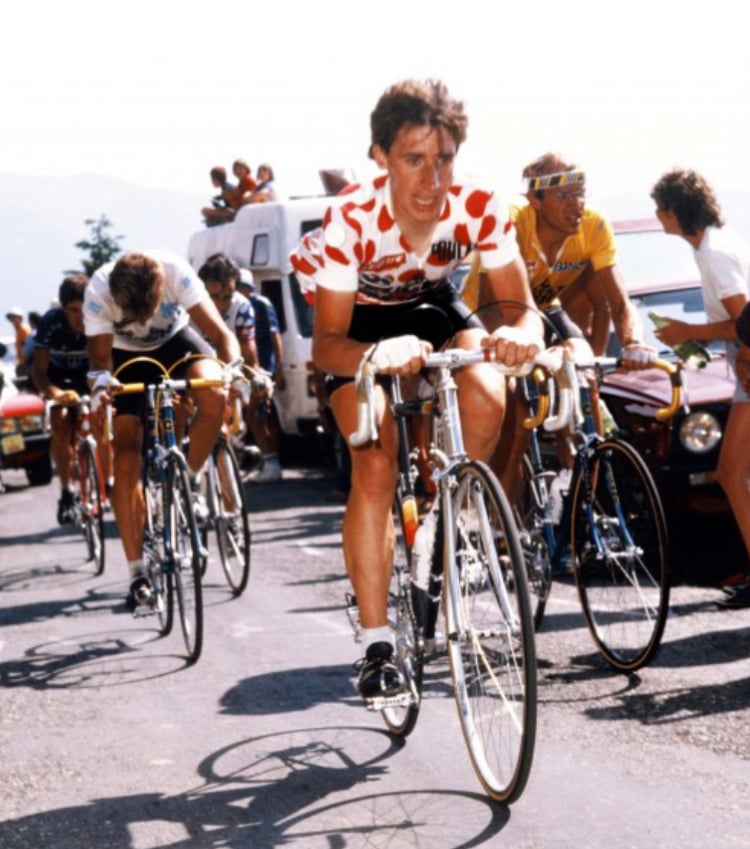 Description:
Very nice amateur leader's jersey worn by the Scottish Robert Millar on the Route de France in 1979, a stage race created and organized by the company Monde Six which belonged to Jean Leulliot, former journalist who died in 1982.

The Route de France is an amateur stage race run from 1951 to 1990. It was considered at its creation as a "small Tour de France", contested by amateur and independent riders. It was then rivaled by the Tour de l'Avenir, created in 1961. Its course was traced in Auvergne, around Vichy, and climbed the Puy de Dôme. It was organized by the newspaper Route et Piste, directed by Jean Leulliot, who also organized Paris-Nice and the Étoile des Espoirs at that time.

Robert Millar (currently known as Philippa York), born on September 13, 1958 is regarded as one of Britain’s most successful professional cyclists of all time, having won the King of the Mountains competition in the 1984 Tour de France, while finishing fourth overall.

This marked the first time a British rider won a major Tour classification,. Additionally, Millar finished second in the 1987 Giro d’Italia, while also claiming the King of the Mountains classification,.

Other Grand Tour achievements for Millar included two second-place finishes in the 1985 and 1986 Vuelta a España, just missing out on the overall victory in both instances. L’Équipe’s Philipe Bouvet stated Millar was “the victim of a formidable Spanish coalition”.

However, Millar later found solace in winning the 1989 Tour of Britain and the 1990 Critérium du Dauphiné Libéré.

Millar was born in Glasgow, Scotland, and began riding for Glenmarnock Wheelers cycling club as an adolescent, quickly establishing himself as a promising amateur rider.

In 1979, Millar moved to France in order to join the Athletic Club de Boulogne Billancourt (A.C.B.B.), one of Europe’s top amateur teams, which led to victories in races such as the Grand Prix de la Ville de Lillers.

Color: This white leader's jersey was in the late 70's, early 80's, the same color as the jersey of the winner of Paris-Nice and Etoile des Espoirs.

• Manufactured from a 100% polyamid with flocked lettering
• Short sleeves jersey
• Short length zip at the collar 10,5
• No back pockets
• Made in USA by Pony