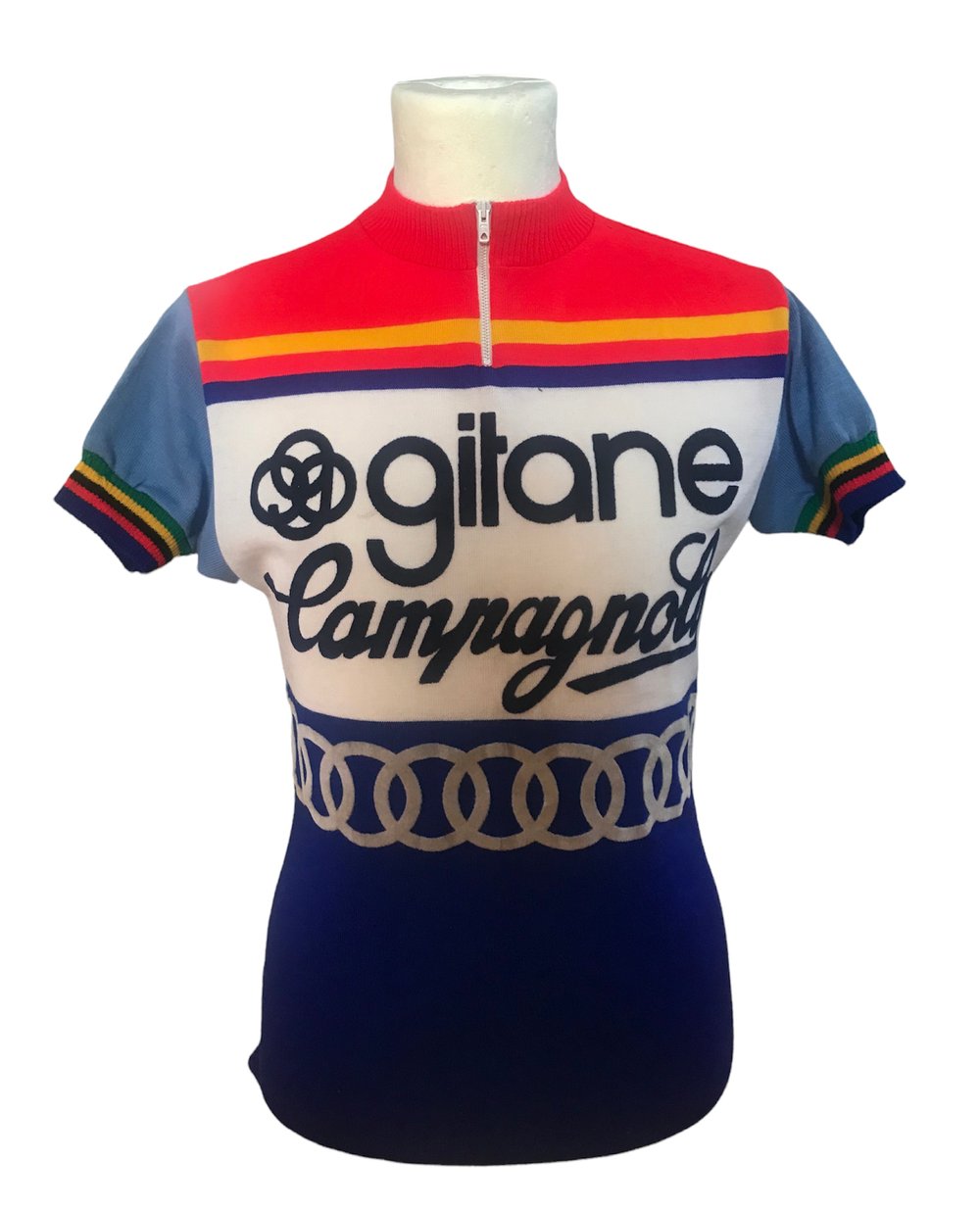 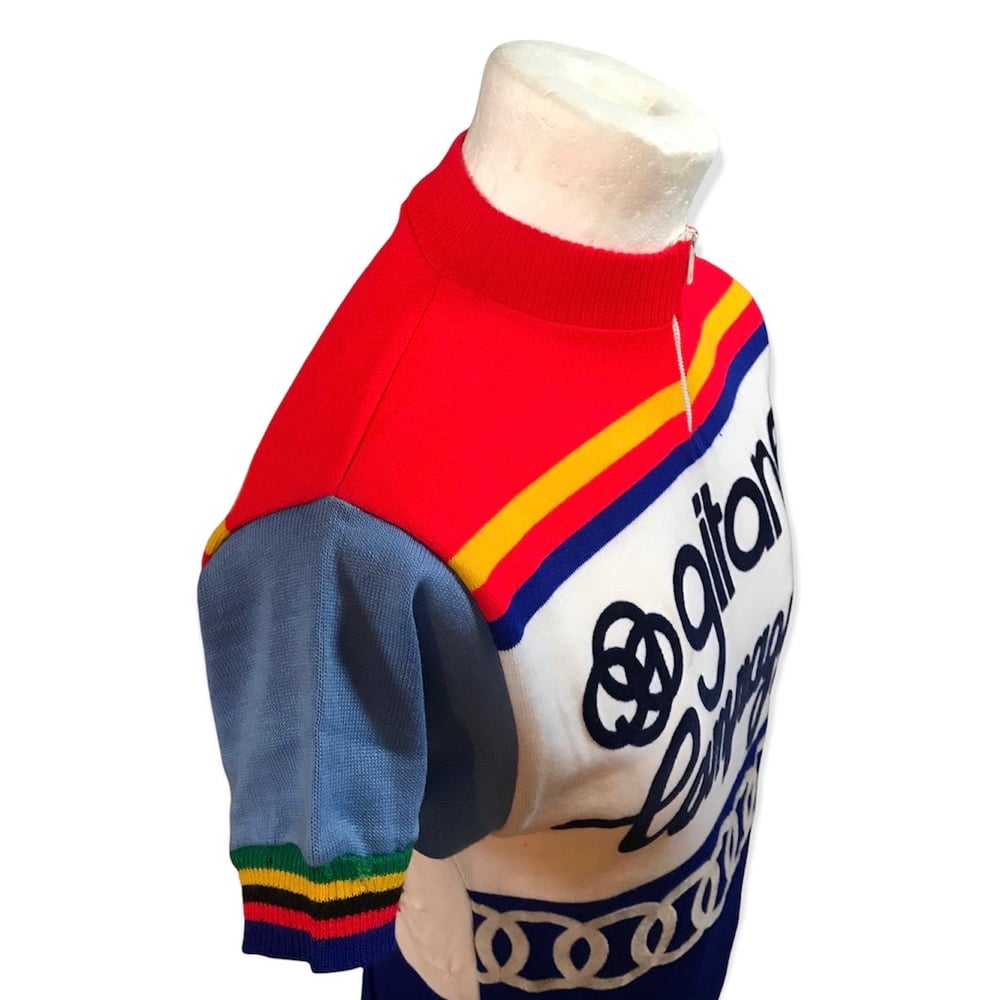 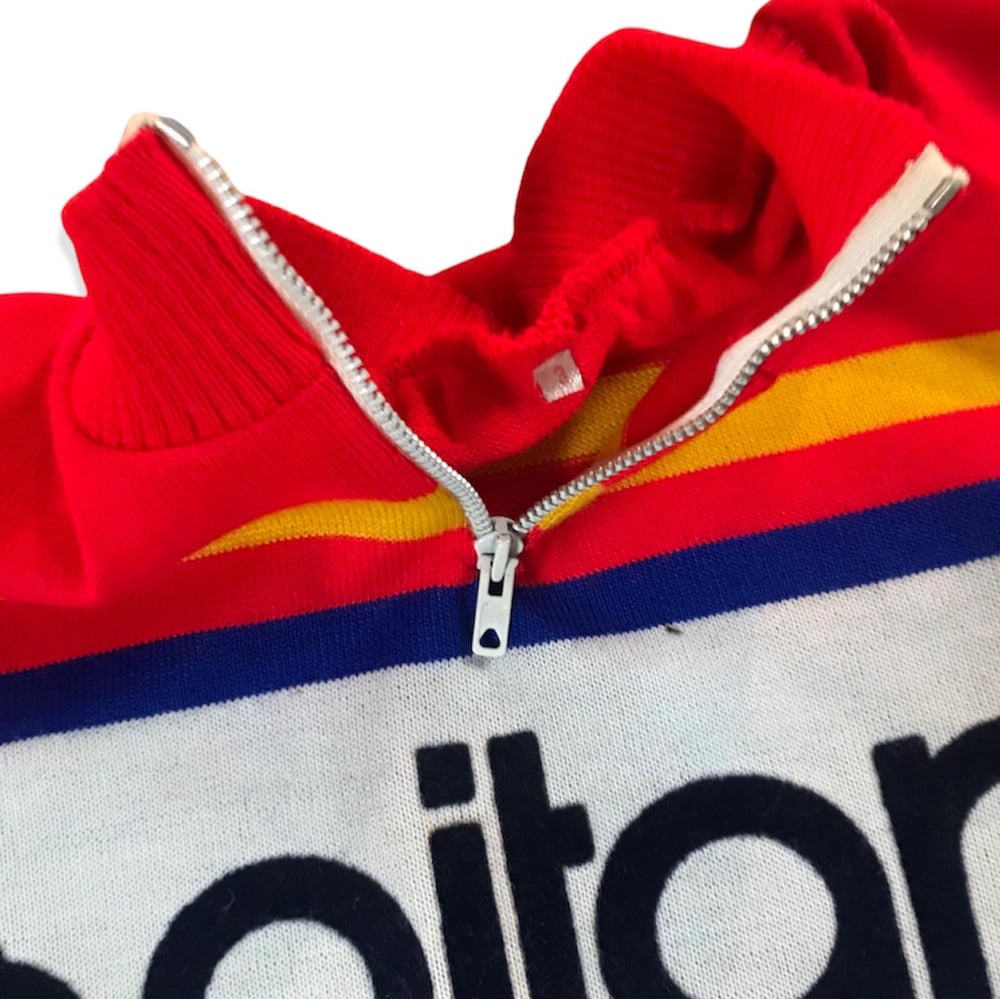 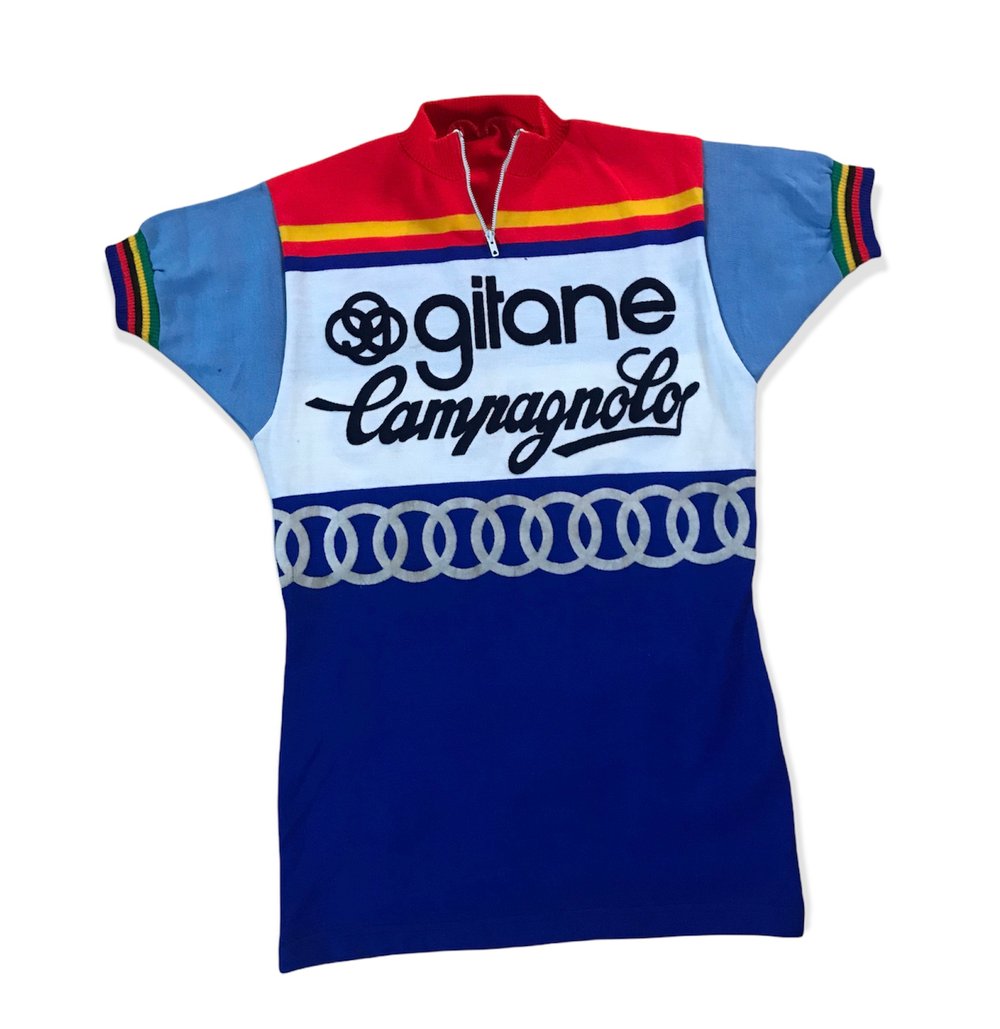 Description:
Ultra rare prototype team jersey with blue sleeves and rainbow stripes made for Daniel Morelon. Jersey coming from a museum in France, which its owner has disposed of by putting it up for auction.

Thé Gitane-Campagnolo jersey employed a complicated design. The red and yellow bands that ran across the shoulders were carried from the earlier Sonolor-Gitane design. There was a white chest band, with "Gitane" and "Campagnolo" emblazoned across it, and the lower segment was blue with a band of interlocking white circles.

One thing to notice with pro team jerseys from the mid-1970s onwards is the way their lettering changed. Expensive embroidery was slowly replaced by flocked lettering who was much cheaper, and looked good when the jerseys were new, but flocked lettering tends to fade.

Colour: A beautiful combination of bright colors with blue sleeves and rainbow stripes to celebrate Daniel Morelon’ world championship title on the track.

Team history:
Gitane is a French bike manufacturer with a long history of sponsorship. It had scored many victories, including two Tours de France, before it linked up with Campagnolo.
Gitane went on to combine with Renault and dominate the Tour de France, winning six out of the seven Tours between 1978 and 1984.