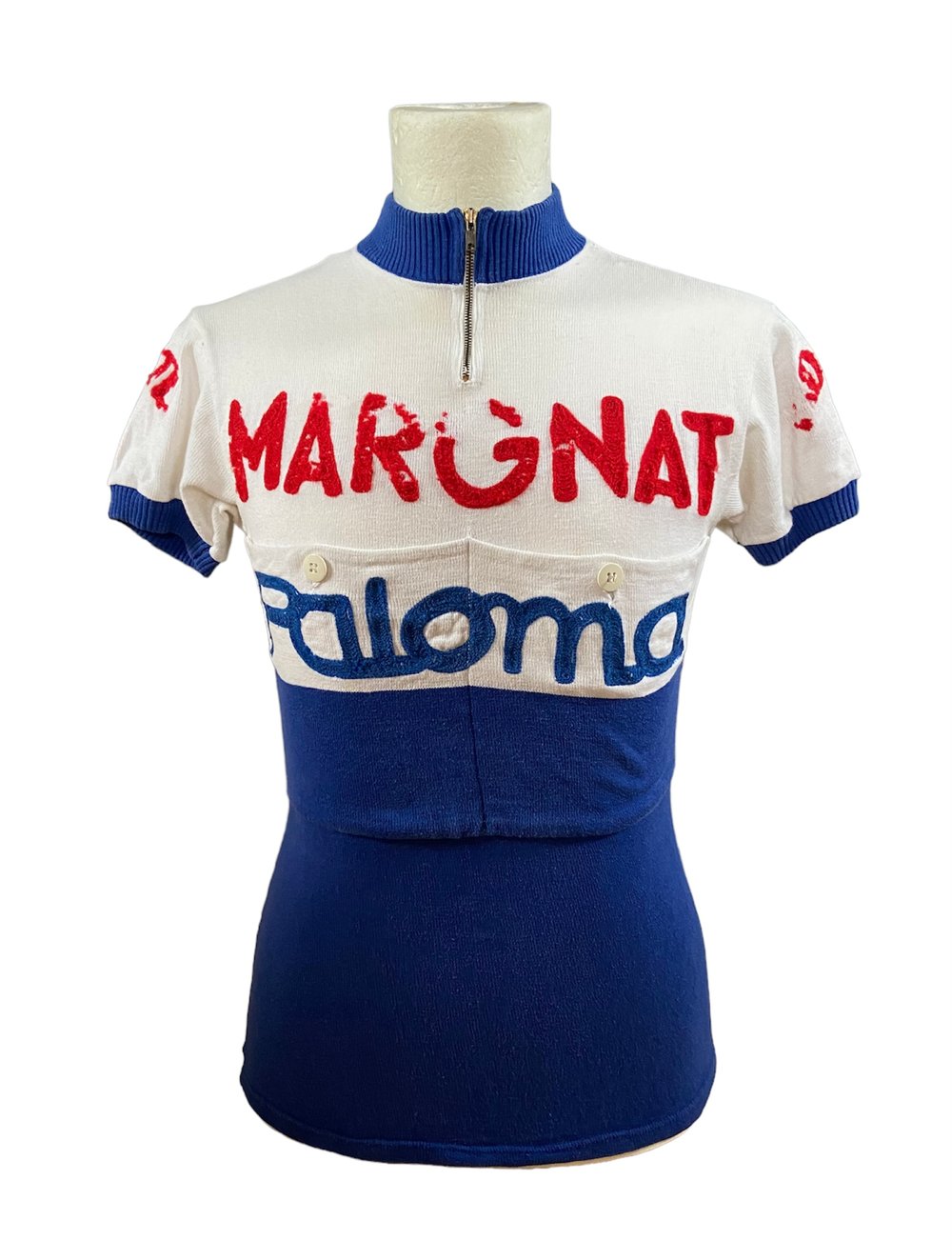 Description:
Margnat-Paloma-Dunlop was the name of the cyclingteam in 1964. As worn by Federico Bahamontes, the Eagle of Toledo in the white-and-blue of Margnat Paloma.

The team disappeared at the end of the 1965 season, due to a new law banning advertising for all alcoholic beverages.


Color: Brillant combination of white and blue band illustrates this beautiful jersey that was very fashionable during the sixties with the hippie movement, has become mythical !

Condition: Some imperfections to note on this jersey dating from 1964, which is nevertheless in good condition, has some minor holes.

During his ten-year career, he competed seven times in the Tour de France, from 1960 to 1966 - all of them finished - and three times in the Tour of Italy and the Tour of Spain. After all his Liberia teammates dropped out of the 1962 Giro d'Italia, he was the only French rider to finish the race. At the 1966 Tour de France, in the Ford France team, he was team-mate to the winner Lucien Aimar, and to Jacques Anquetil, who rode his last Tour and did not finish it. Having accompanied Anquetil to Bic in 1967, he ended his career in May 1968.