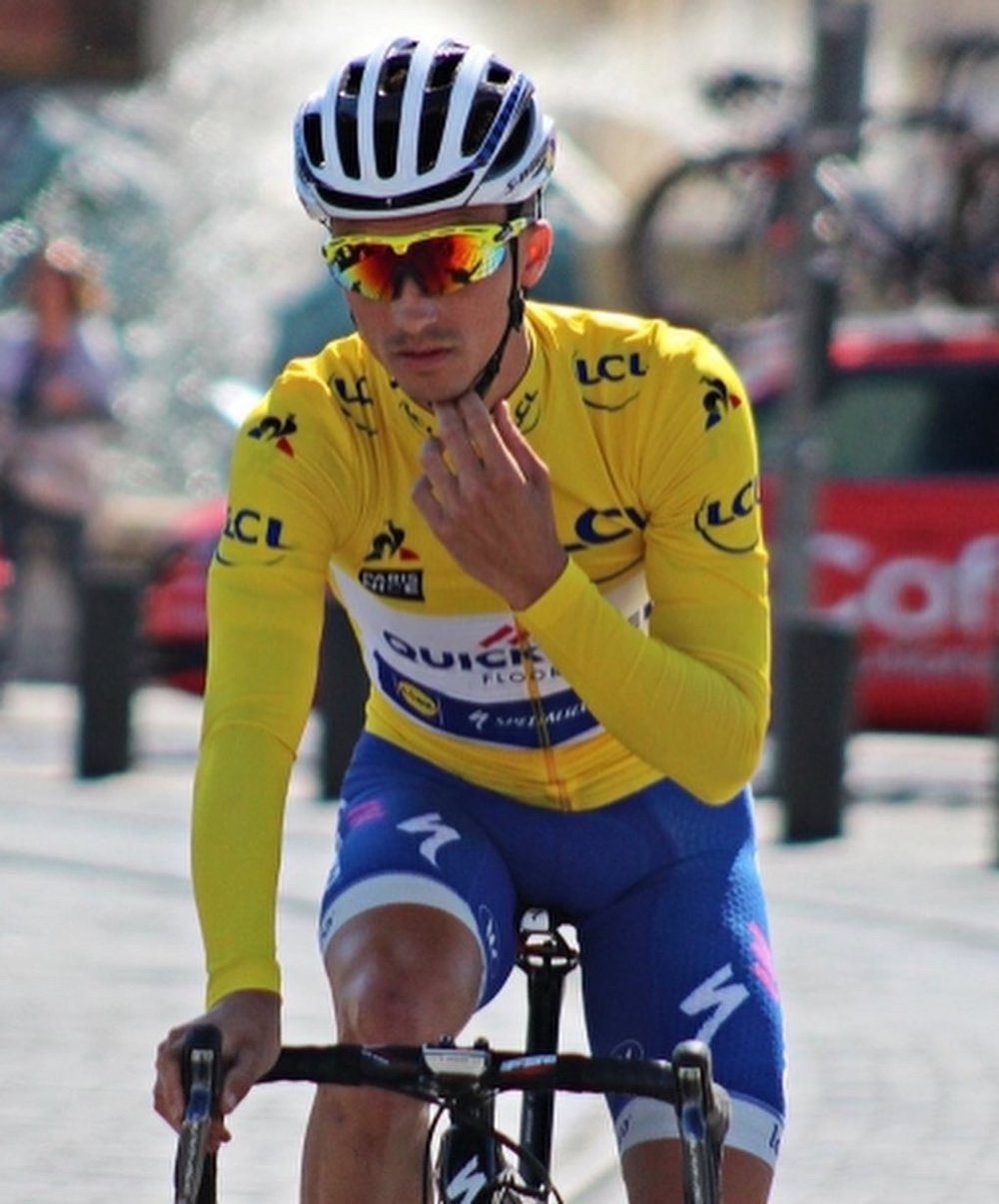 The leader of the overall classification wears a yellow jersey, since 2008. At the creation of the race in 1933, the jersey is azure and gold. These colors evoke the Mediterranean and the sun and will remain until 1939. In 1946, the jersey is green.

Colour: Yellow inspired by the Sun of The Côte d’Azur

Additional information:
Julian Alaphilippe, born June 11, 1992 in Saint-Amand-Montrond (Cher), is a French cyclist, member of the Quick-Step Alpha Vinyl team. Initially a cyclo-cross specialist, he has devoted himself to road cycling since turning professional in 2013. He is the only French rider to be a double world champion on the road, after his titles in 2020 in Imola and 2021 in Leuven.

Julian Alaphilippe capped a successful 2019 season during which he wore the Tour de France’s yellow jersey for 14 days by winning the Velo d’Or award as the best rider of 2019 on Sunday.

Alaphilippe in 2019 played a key role in one of the most exciting Tour de France editions in decades this summer, challenging race favorites with flair and panache. He won two stages before eventually cracking during the final week of racing but his showmanship and unpredictable style gained him many admirers.