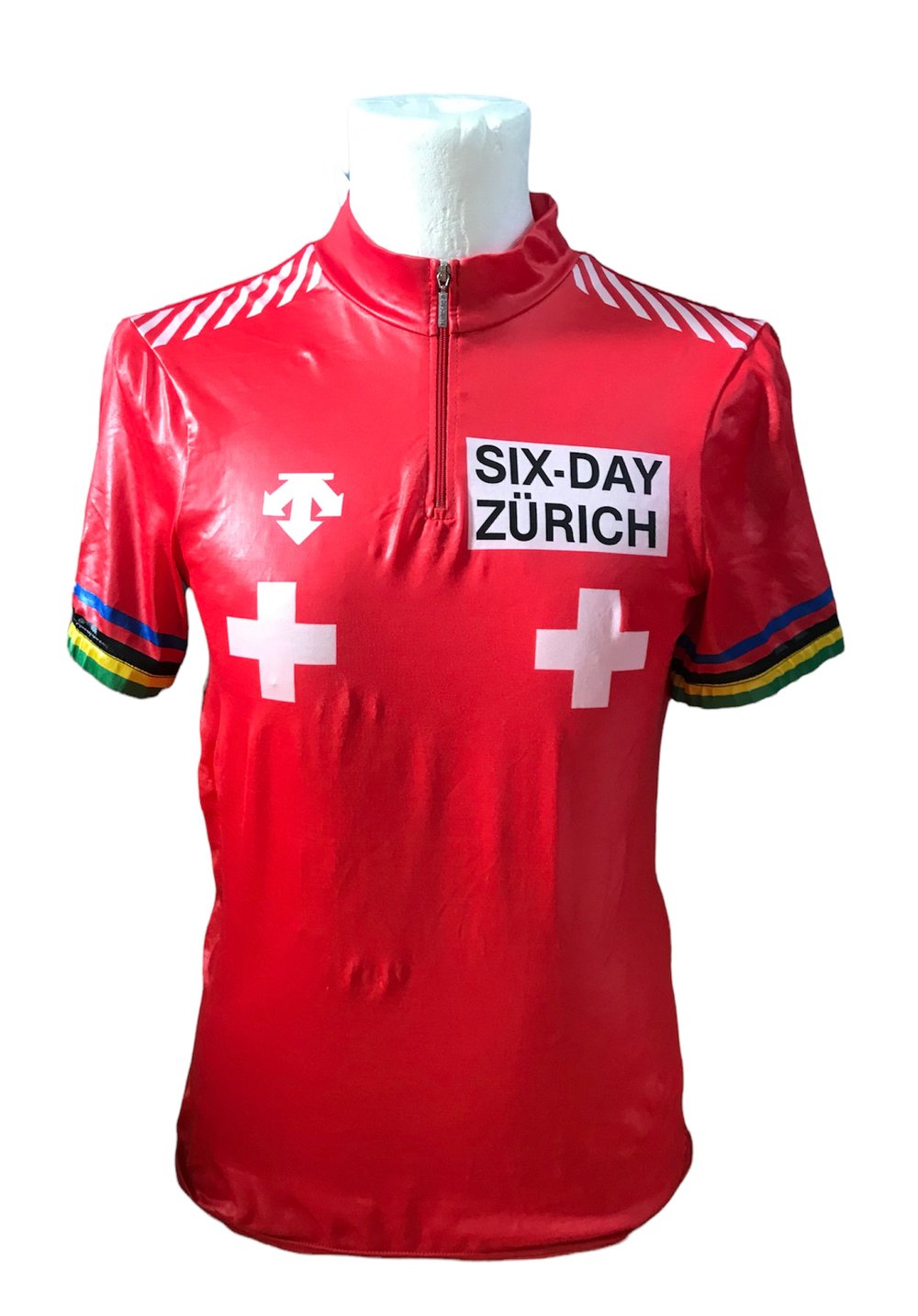 The man with one of the best stache in cycling, Urs Freuler born November 6, 1958.

He excelled in both arenas with plenty of speed and panache as world champion in the Keirin (1983, 1985). Seven consecutive world championships in the professional points race (1981-87, 1989) and 21 wins in six-day races.

Freuler was also successful road sprinter with 15 stage wins in the Giro d'ltalia winning the maglia ciclamino (points classification) in 1984. He also won one Tour de France stage and nine in the Tour de Suisse and stage victories in the Tour de Romandie, Tirreno-Adriatico.

• Manufactured from a shiny up-to-date fabric that looks like silk, a 100% synthetic with lettering printed directly onto the material.
• Long length zip at the collar 13,5cm
• Short sleeves jersey
• Made in Switzerland by Descente