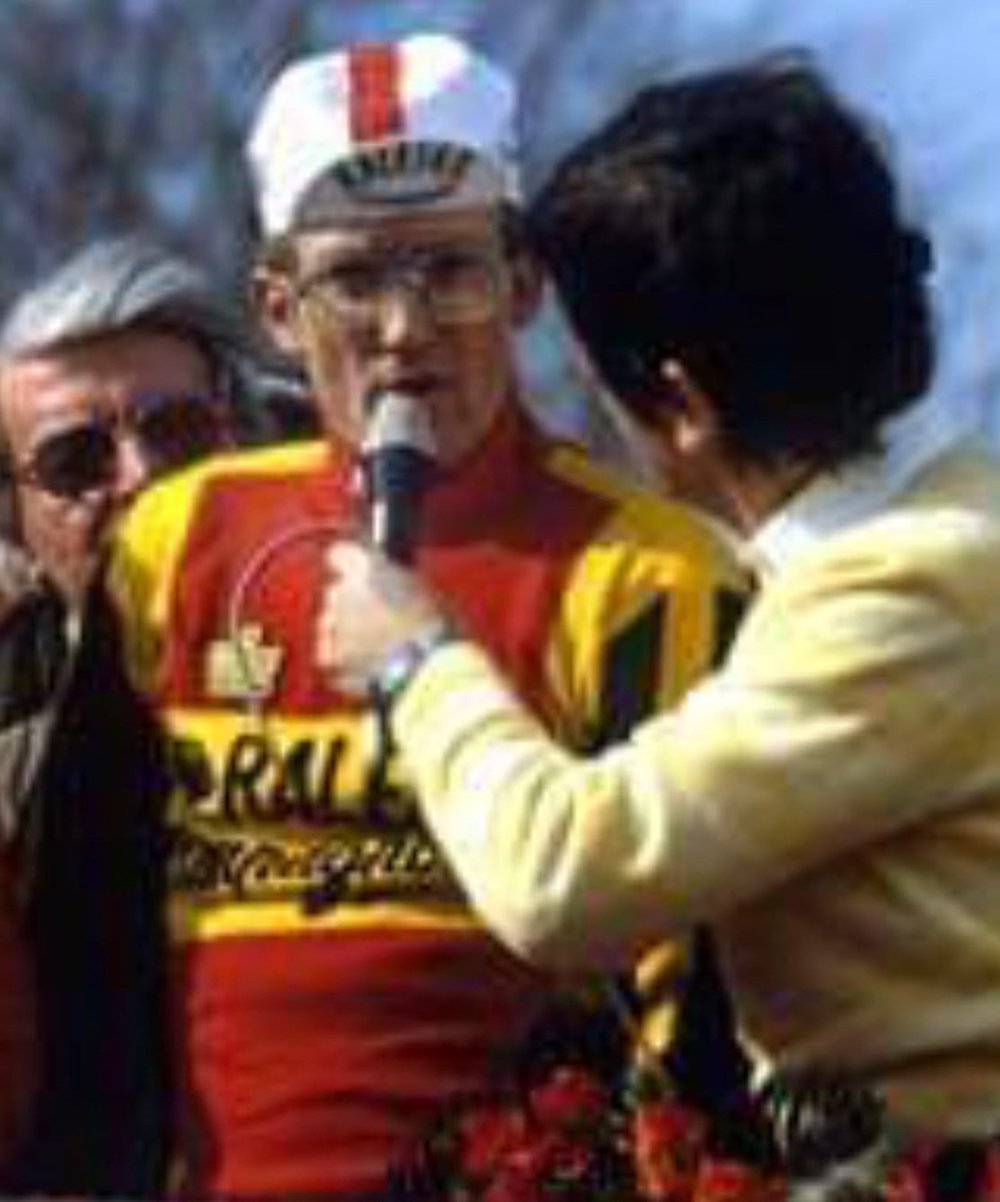 Thé TI-Raleigh team had a number of different ci-sponsors, and each one prompted changes in the design. However, once this design was chosen in 1974, it was remainder of the team’s life.

The Reign of Post’s ("Post Train") 1975-1983 He directed four men who at one time or another were World Champions: Raas, Knetemann, Kuiper, Zoetemelk.

Jan Raas (born on November 8, 1952 Heinkenszand) widely regarded as skilled tactician and clever sprinter when it came to the One-Day Classics and flat stages in the Tour de France, the Dutch rider won no fewer than 115 races during his career, the most memorable being the 1979 World Road Race Championship in Valkenburg, the 1979 and 1983 Tour of Flanders Classic, the 1982 Paris-Roubaix Classic, the 1977 Milan–San Remo Classic and five consecutive victories in the Amstel Gold Race, as well as ten stages in the Tour de France.

The stunning TI-Raleigh jersey of the mid-1970s to early 1980s appeared on the top step of many podiums over the years, including 56 stage wins in the Tour de France, three Tours de Suisse, four Amstel Gold Races (all Jan Raas, with three of them consecutive), a couple of Tours of Flanders, a brace of Gent-Wevelgems and a Paris-Roubaix chucked in for good measure.

Most famously, Joop Zoetemelk won the overall Tour de France in 1980 nearly seven minutes ahead of former teammate Hennie Kuiper. Alas, he had to wear the boring old maillot jaune and not the ace blockiness of his team colours Team TI-Raleigh were founded in 1974 and based in the Netherlands with the frames being built in Raleigh’s Specialist Bike Development Unit in Ilkeston, which is, admittedly, in Derbyshire, not Nottinghamshire.

Formed by the late Peter Post, a six-day specialist from Amsterdam, the team originally specialised in track racing and team time trials, but with additions like Joop Zoetemelk and Jan Raas, TI-Raleigh were soon taking stage races and one-day classics by storm. In 1976, accessories sponsor Campagnolo’s handwritten flourish was added to the jersey and would remain there throughout the McGregor (a Dutch clothing company) and Creda (domestic appliances) iterations.

Color: One of the coolest design in the professional peloton.