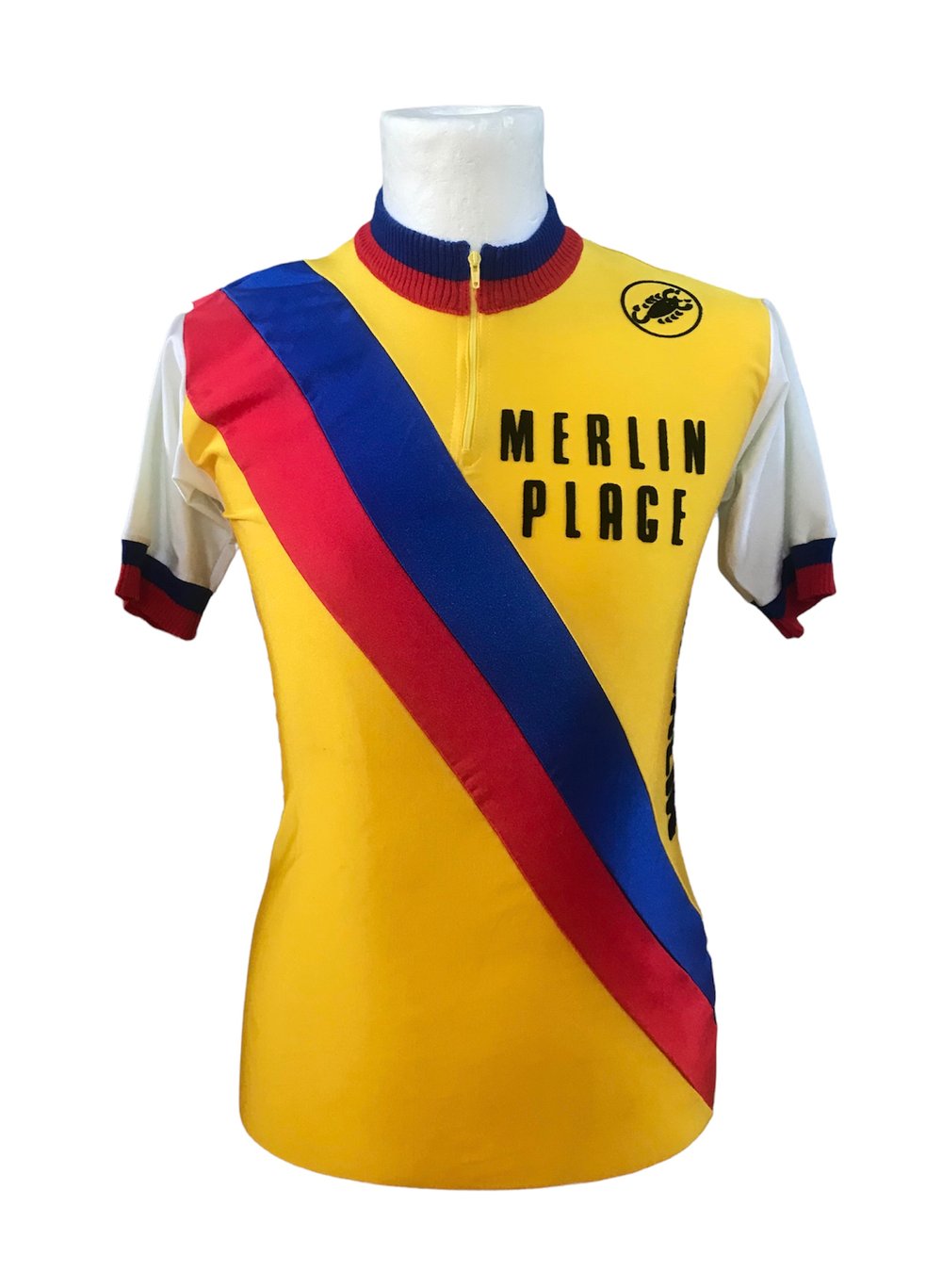 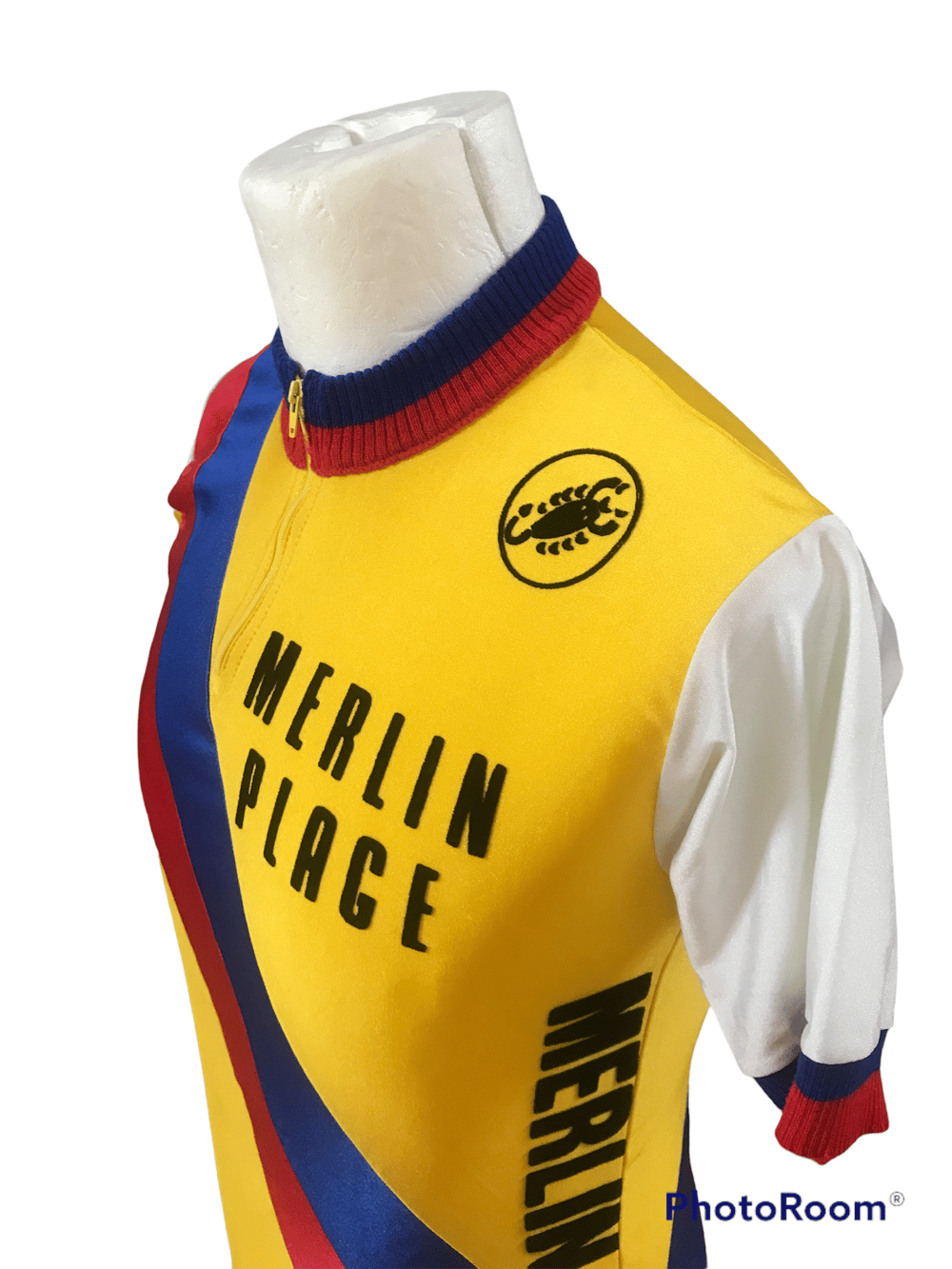 Contested by two-man teams who get paid to ride each races in jerseys supplied by the organisers. Each time is sponsored, often by a business local to the six-day, so the jerseys bear those sponsor’s names and logos. Each team’s number is also incorporated in their jersey design, very often with one rider’s number in white or red and the other in black to help spectators identify them.

Britain’s greatest ever Six Day rider – Tony Doyle (born 19 May 1958 in Ashford, Middlesex, England) was a former professional cyclist. He won 23 Six Days off 139 starts, finishing 128 of those races; Nicknamed “The Motorbike” because of his huge engine, Tony Doyle was world pursuit champion in 1980 and 1986. He was a professional between 1980 and 1994, riding for British teams.

• Manufactured from a shiny up-to-date fabric that looks like silk, a 100% nylon with flocked lettering.
• Long length zip at the collar 12,5cm
• Short sleeves jersey
• Made in Italy by Castelli