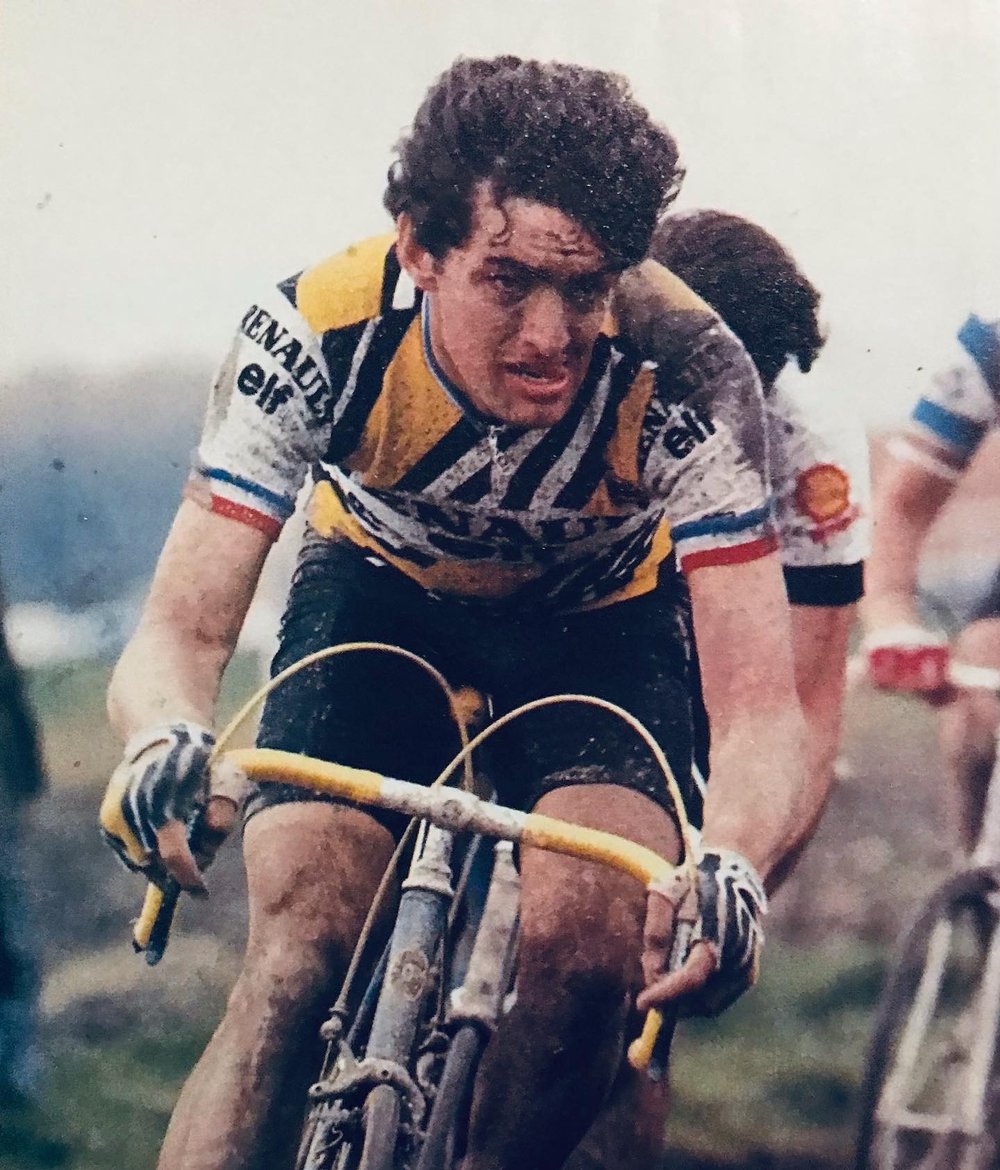 Description:
Iconic combination of yellow and black with the inclusion of the French National trims following the French cyclo-cross title won by the team rider Marc Madiot in 1982. Signed by the rider.

One of the most eye-catching ever produced - which evokes the colours of the wasp, the design will remain almost unchanged since Renault took over the sponsorship of Gitane cycles in 1978, which became a subsidiary of the Régie.

The design is a variation of the famous diamond logo, pure and dynamic, created by the Hungarian painter Victor Vasarely for a small star of the 1970s, the Renault 5.

Bernard Hinault and Laurent Fignon, two great French champions, were the best ambassadors of the Régie Renault - they won 6 Tours de France between 1978 and 1985!

Twice winner of Paris-Roubaix (1985 and 1991), Marc Madiot is in love with the Hell of the North: "Roubaix is more about envy than luck".

Color: The iconic black and yellow colour scheme offset by the inclusion of the French National trims.

• The switch from Le Coq Sportif to Italian manufacturer Castelli saw a return to wool for the jersey and the use of flocked lettering.
• Manufactured from an 80/20 wool acrylic mix
• Marc Madiot's signature on the right sleeve
• Long length zip at the collar 12,5cm
• Three back pockets at the rear
• Short sleeves jersey
• Made in Italy by Castelli