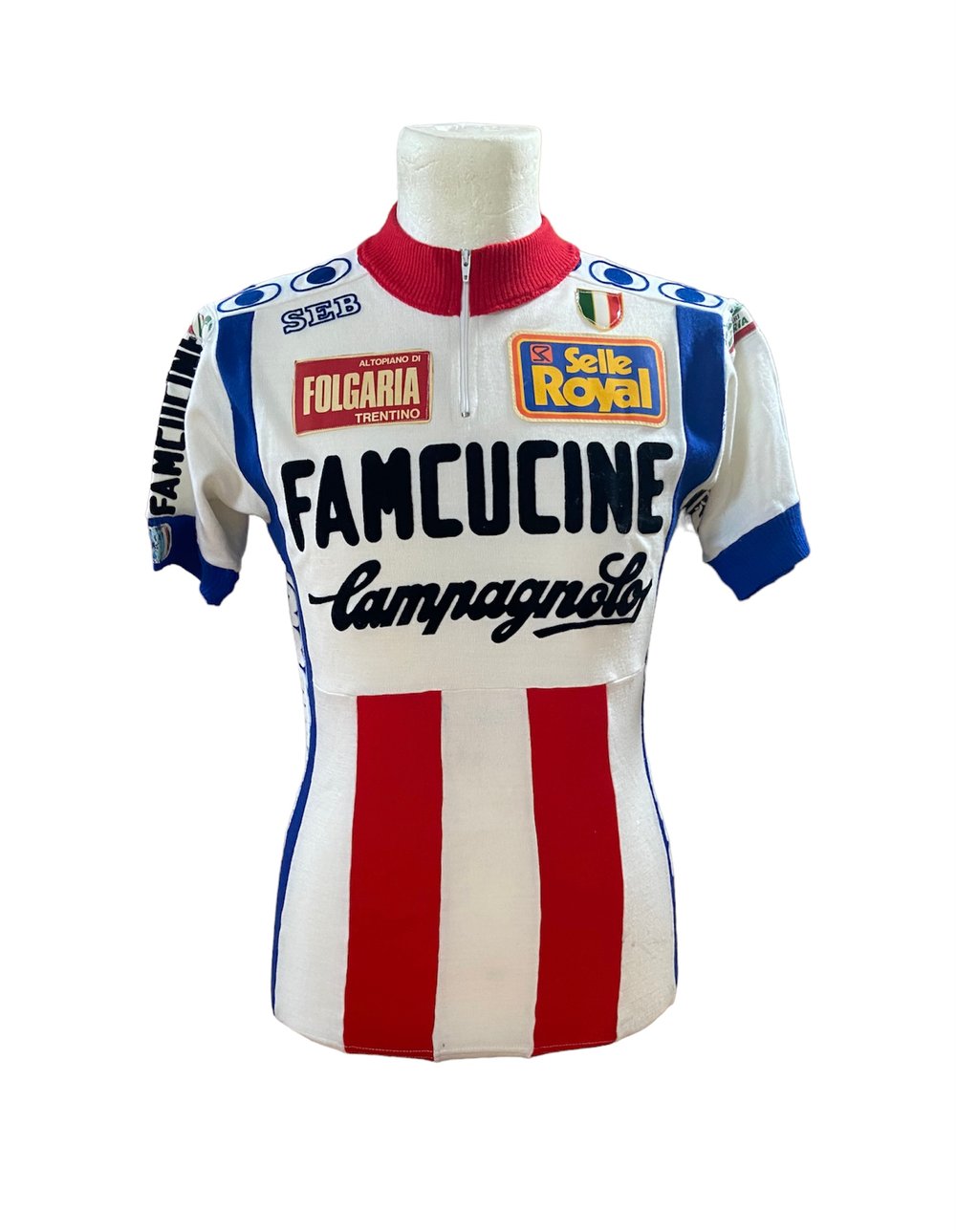 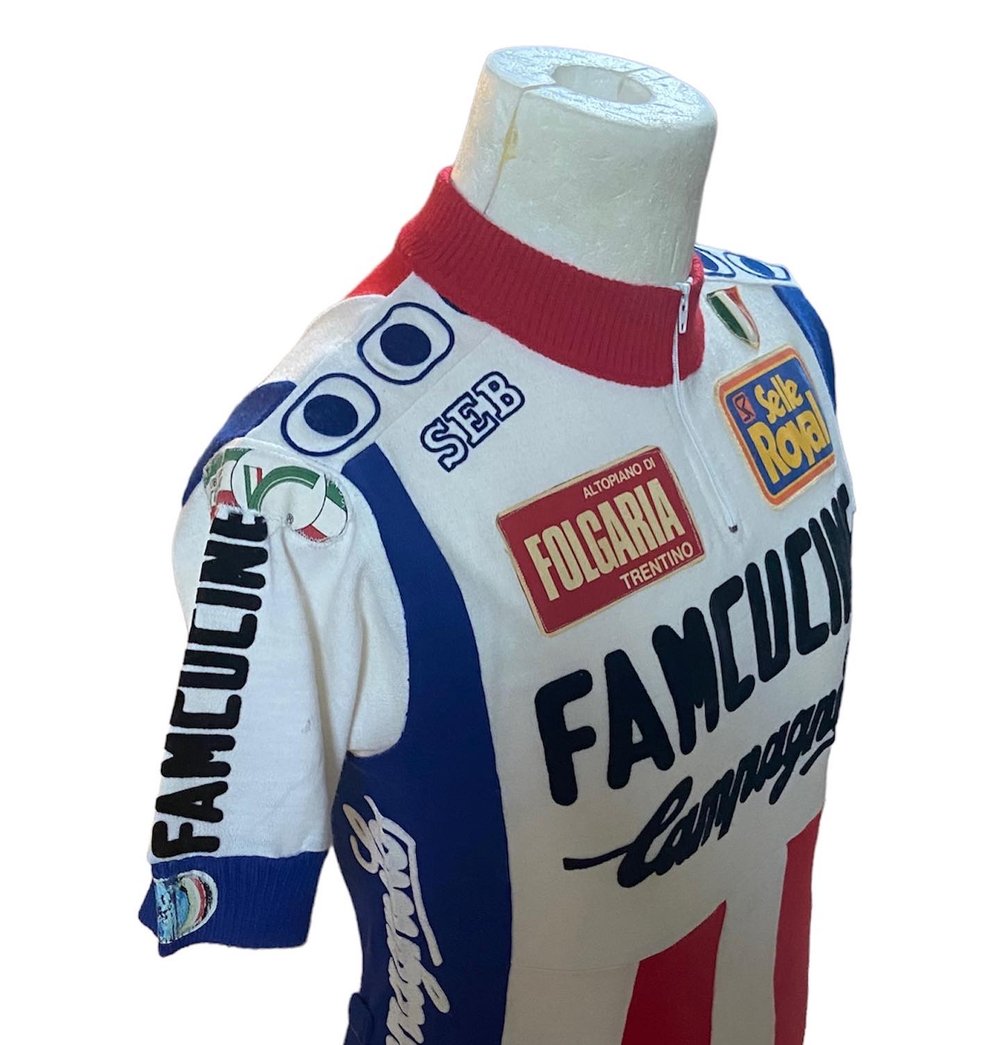 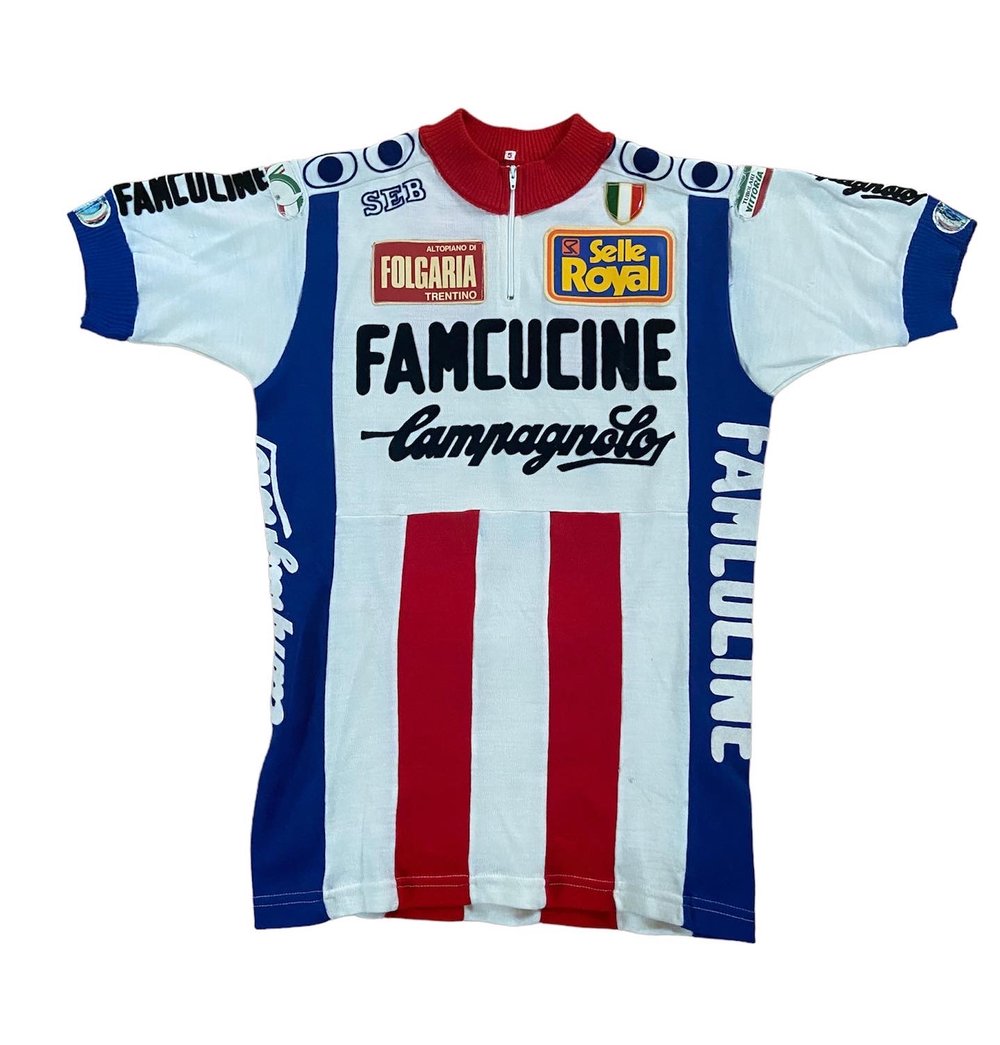 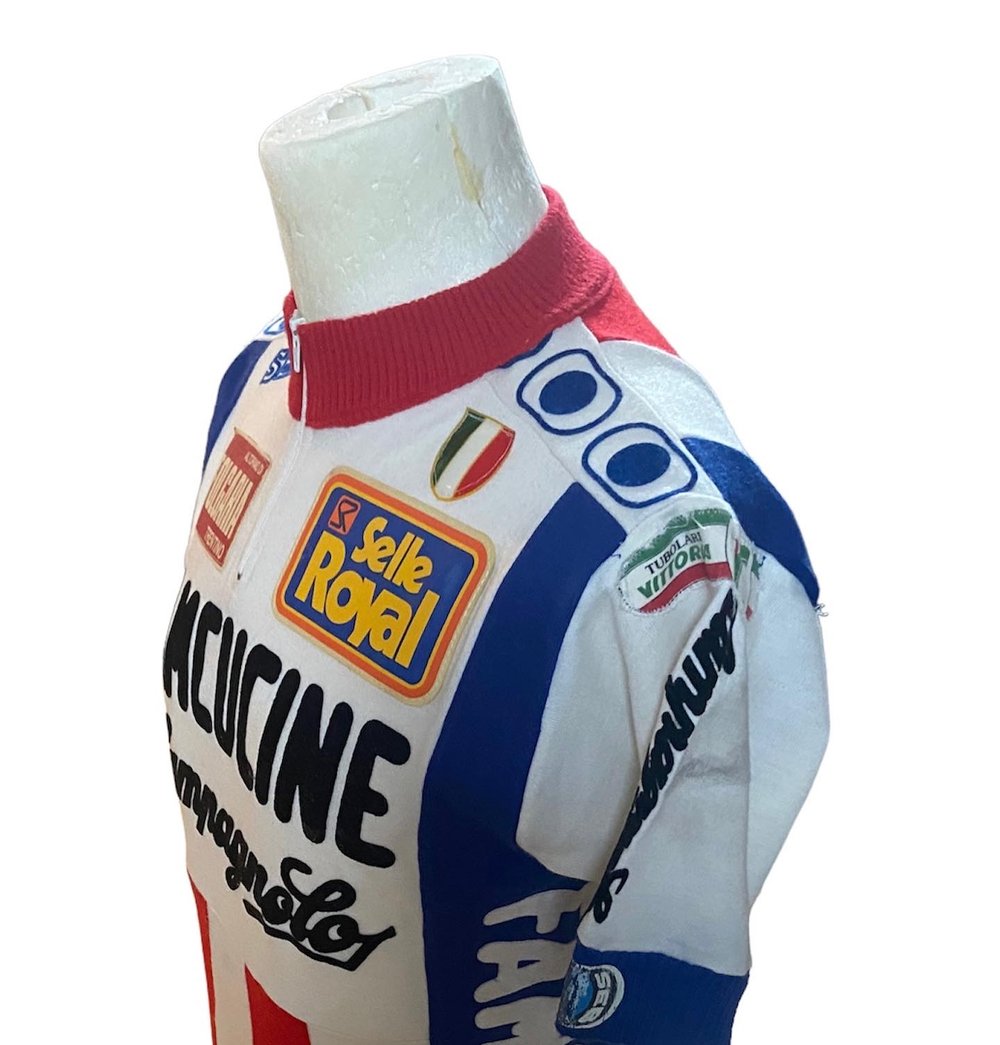 Description: This jersey is a beauty, some patches clearly show that this jersey was only worn during the 1982 Giro d'Italia.

Famcucine-Campagnolo was an Italian cycling team for three seasons from 1980 to 1982. The main sponsors were Famcucine, a kitchen manufacturer, and renowned cycling component maker Campagnolo. Francesco Moser rode for the team in 1981 & 1982.

The Famcucine team won 12 races in the 1982 season, 8 of which were won by its leader Francesco Moser.

Condition:
This unwashed jersey remains in its original condition worn during the 1982 Giro d’Italia.

• Manufactured from an 80/20 wool acrylic mix with flocked lettering.
• Long length at the zip collar 11,5cm
• Short sleeves jersey
• Patches "Selle Royal", "Folgaria Trentino", "Tubolari Vitoria", "Italian flag" sewn on the chest.
• Three back pockets at the rear
• Three button down pockets at the rear
• Made in Italy by SEB