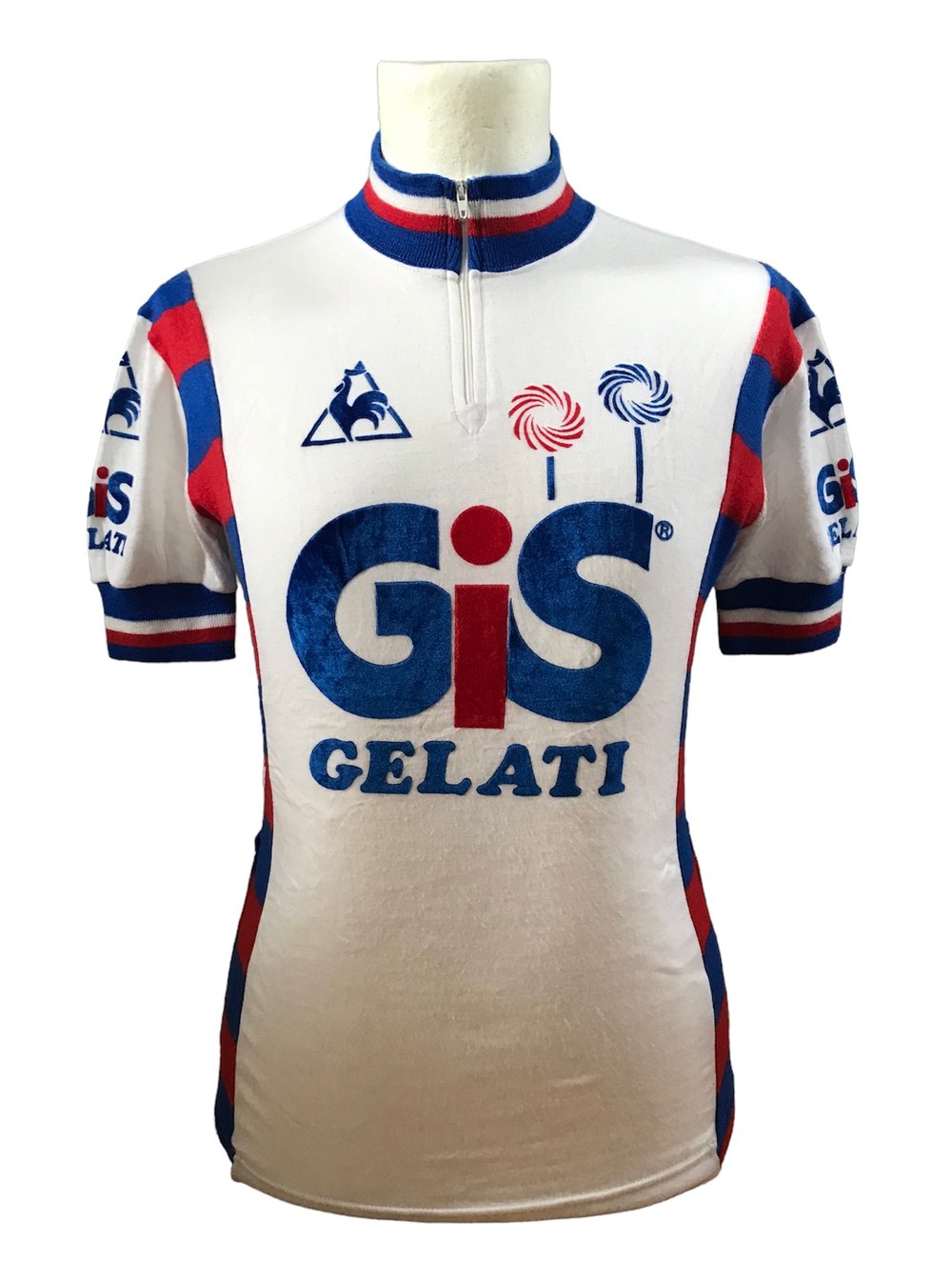 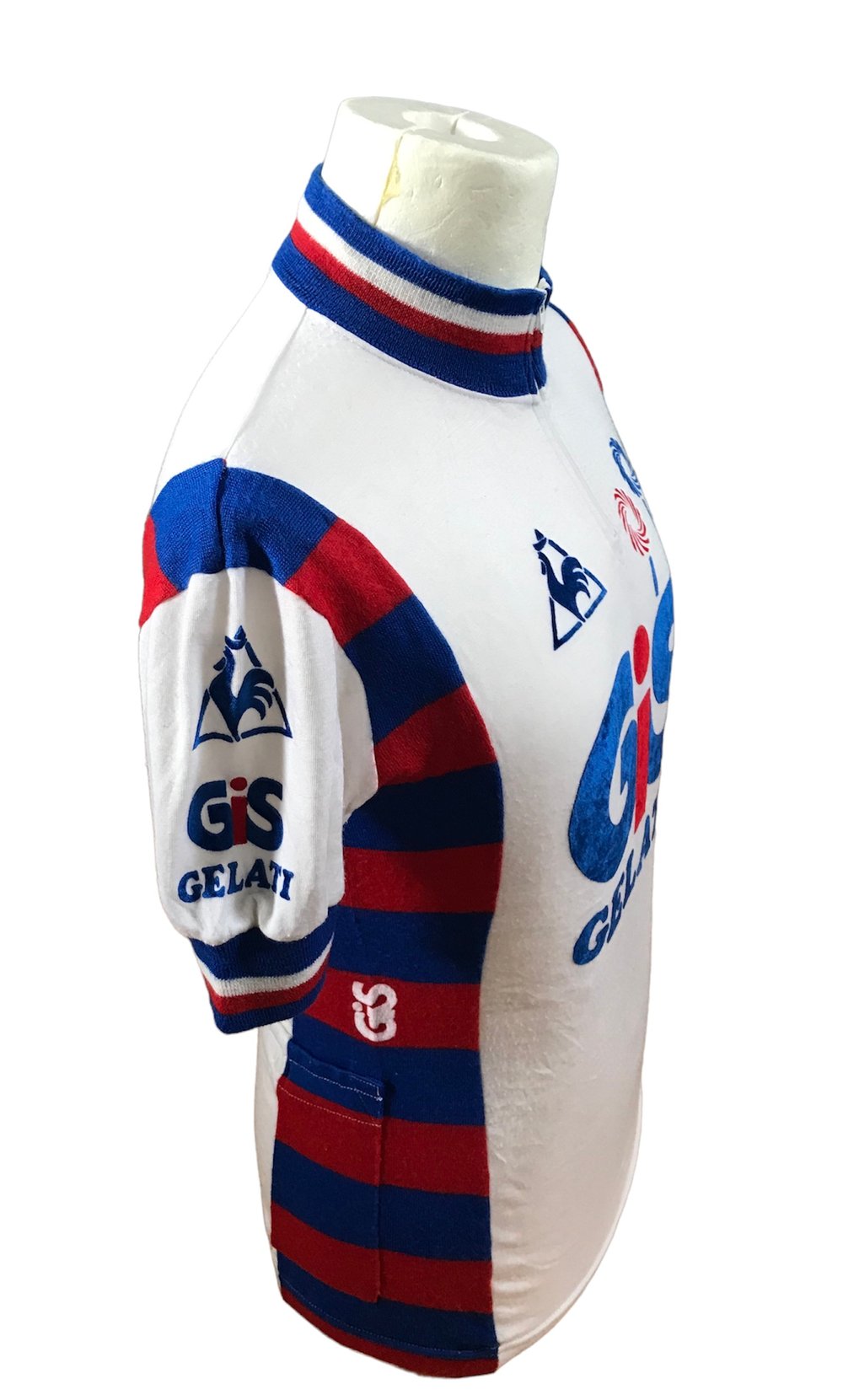 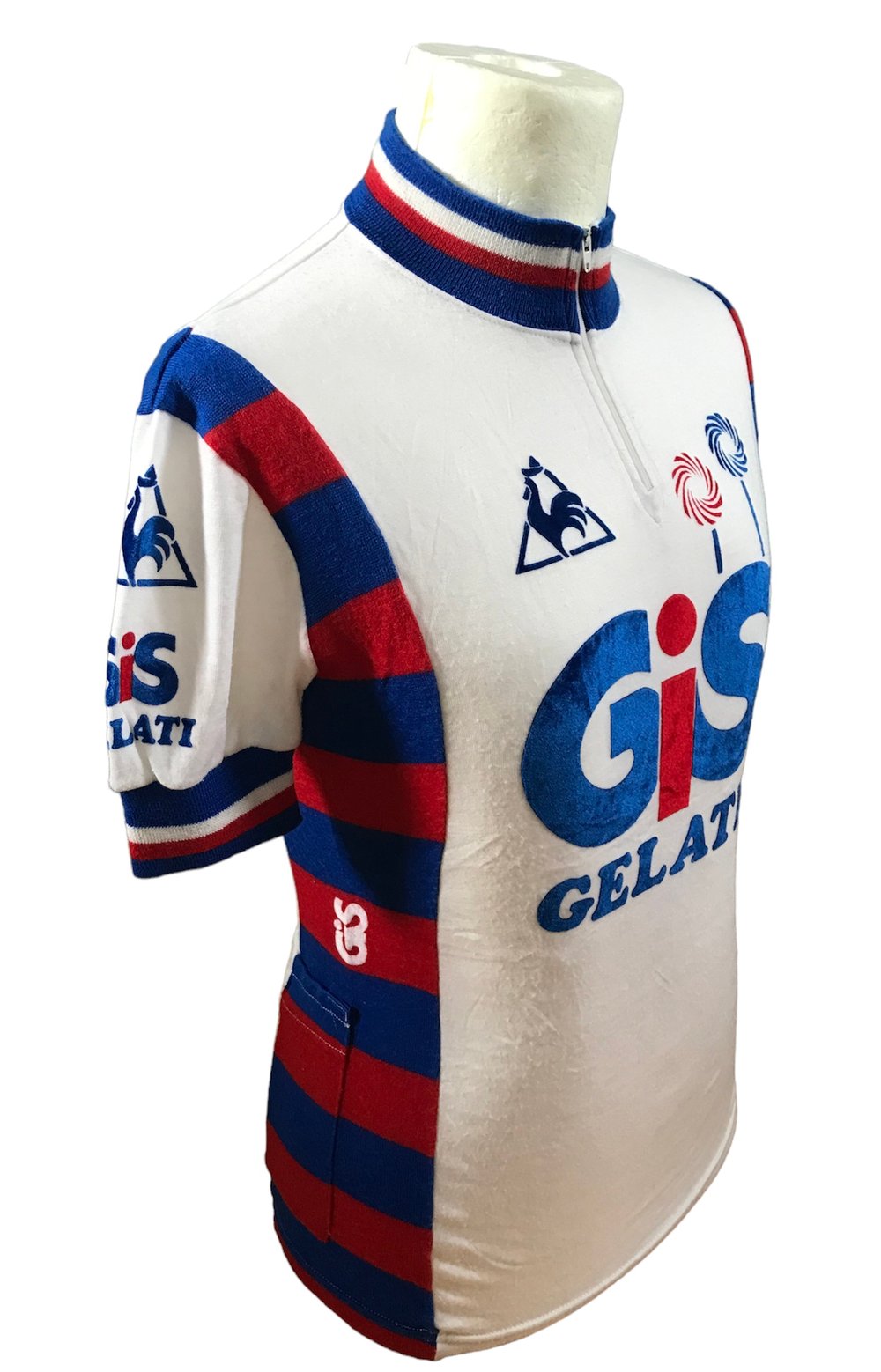 Description:
A rare example of a team issue jersey, one of the most stunning design from the Italian professional peloton. Made by Le Coq Sportif especially for and during the 1980 Giro d’Italia.

During the 1980 Giro d'Italia, Colnago patches covered the Le Coq Sportif logos, with the specific aim of promoting the bikes of Ernesto Colnago, a loyal friend and supporter of Giuseppe Saronni.

This jersey under the GIS Gelati entity with the same design was used for the first three years, from 1978 to 1980 before the additional sponsor Campagnolo appeared on the jersey in 1981.

The three star riders to feature over the years were the Belgian Roger De Vlaeminck and the Italians Francesco Moser and Giuseppe Saronni.

Color: The flavoursome design and outstanding colours with the horizontal red and blue stripes.

Condition: This jersey is a beauty, in great condition.