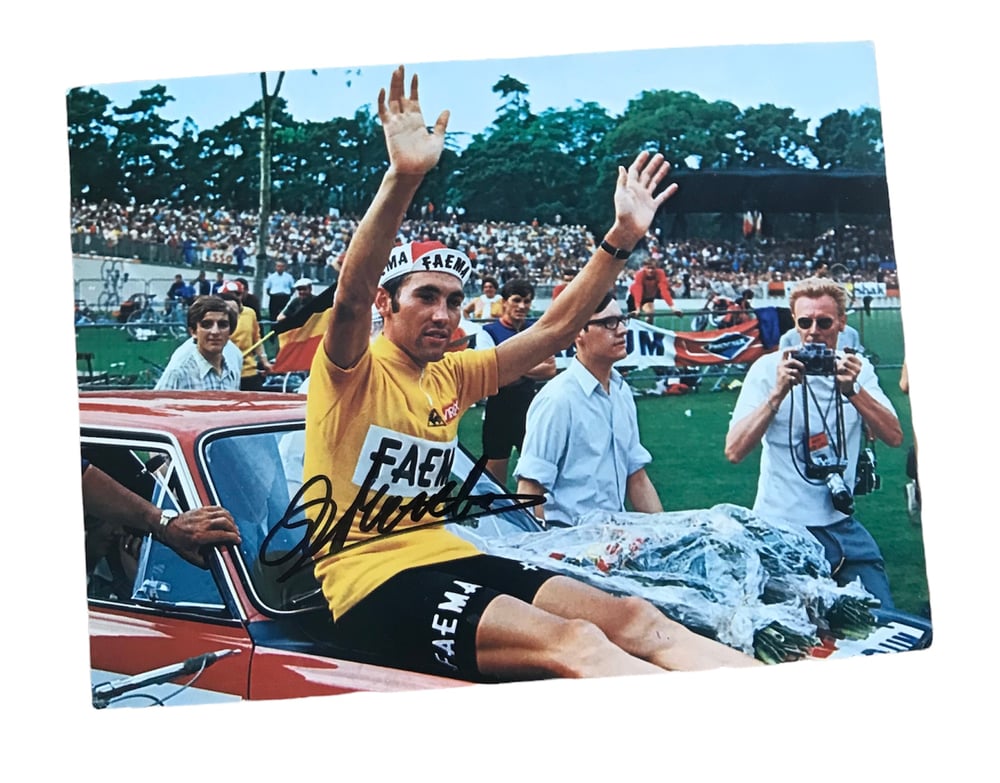 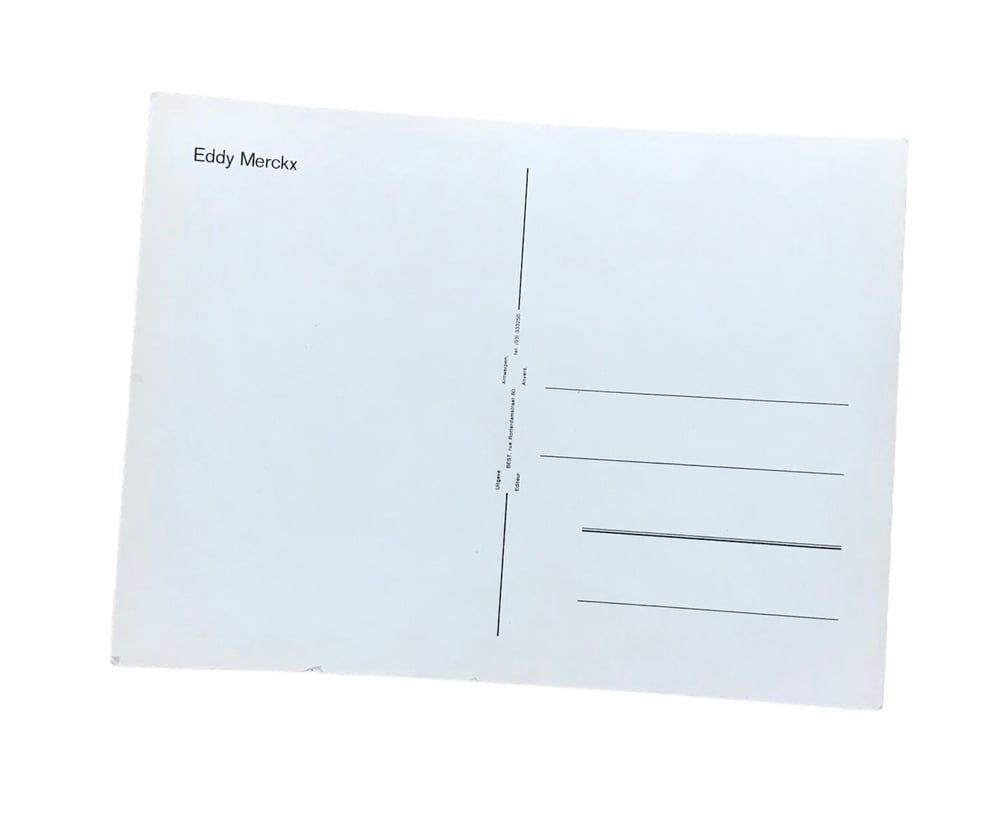 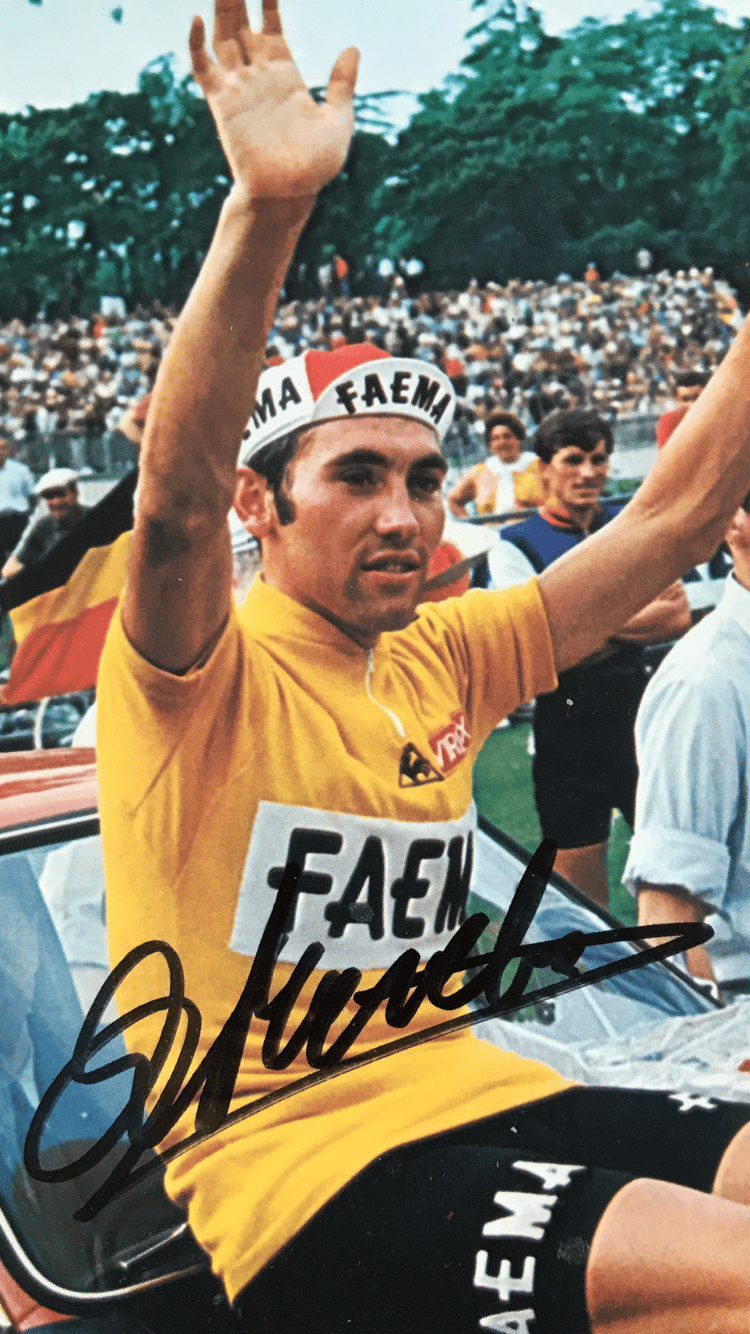 Description:
Original postcard of Eddy Merckx in the maillot jaune during his first Tour victory in 1969. Arrival of the Tour de France at the Cipale velodrome in Vincennes on July 20, 1969: the Belgian cyclist Eddy Merckx, winner of the Tour, celebrating his victory.

Has been personally signed by Eddy Merckx.

It is an original postcard, NOT a reproduction.

Printed by BEST in Belgium

Eddy Merckx, the Cannibal
At the start of Roubaix, he is not a beginner, at twenty-four years old, he has already won the Giro the year before. This 1969 Tour de France marks the return of the brand teams. it underwent the eight years of reign of Louison Bobet and Jacques Anquetil in the middle of the Fifties, beginning of the Sixties.

Eddy Merckx dominated the 1969 Tour de France like no other. Upon arriving in Paris, Merckx not only won the Tour by 17′ 54″ over Roger Pingeon along the way he also won 6 stages and every other category: Sprint, Mountains, Combination, and Team.
Brussels is the city where he first wore the yellow jersey in 1969.

Additional information:
Merckx’ palmares in 1969 was already impressive enough to make him one of the greatest ever with triumphs in the UCI World Championships, the Giro d’Italia, Paris-Roubaix, Milano-Sanremo on three occasions, and more victories in Belgian Classics such as the Flèche Wallonne, thé Tour of Flanders and Gent-Wevelgem in Flanders Fields.