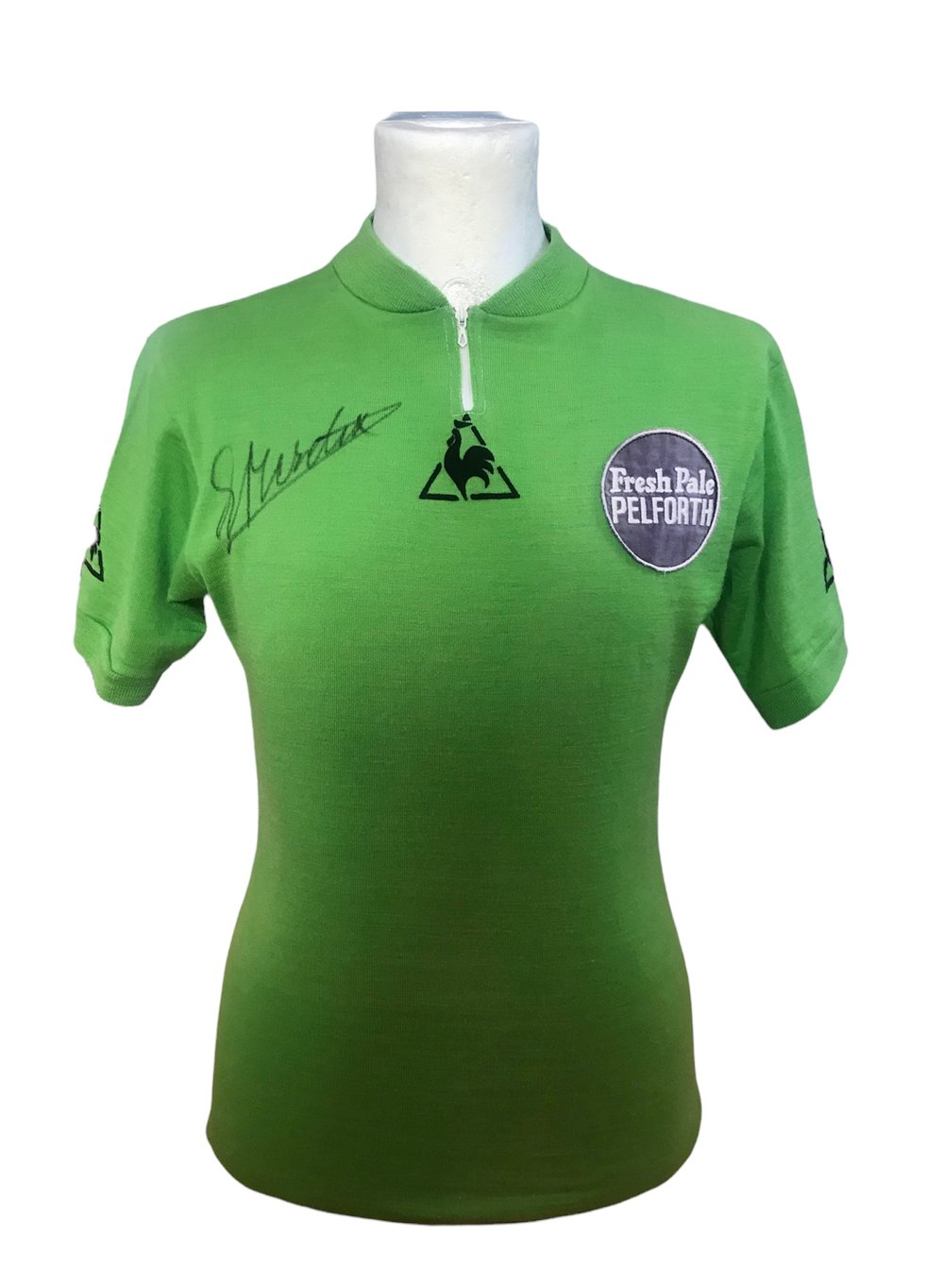 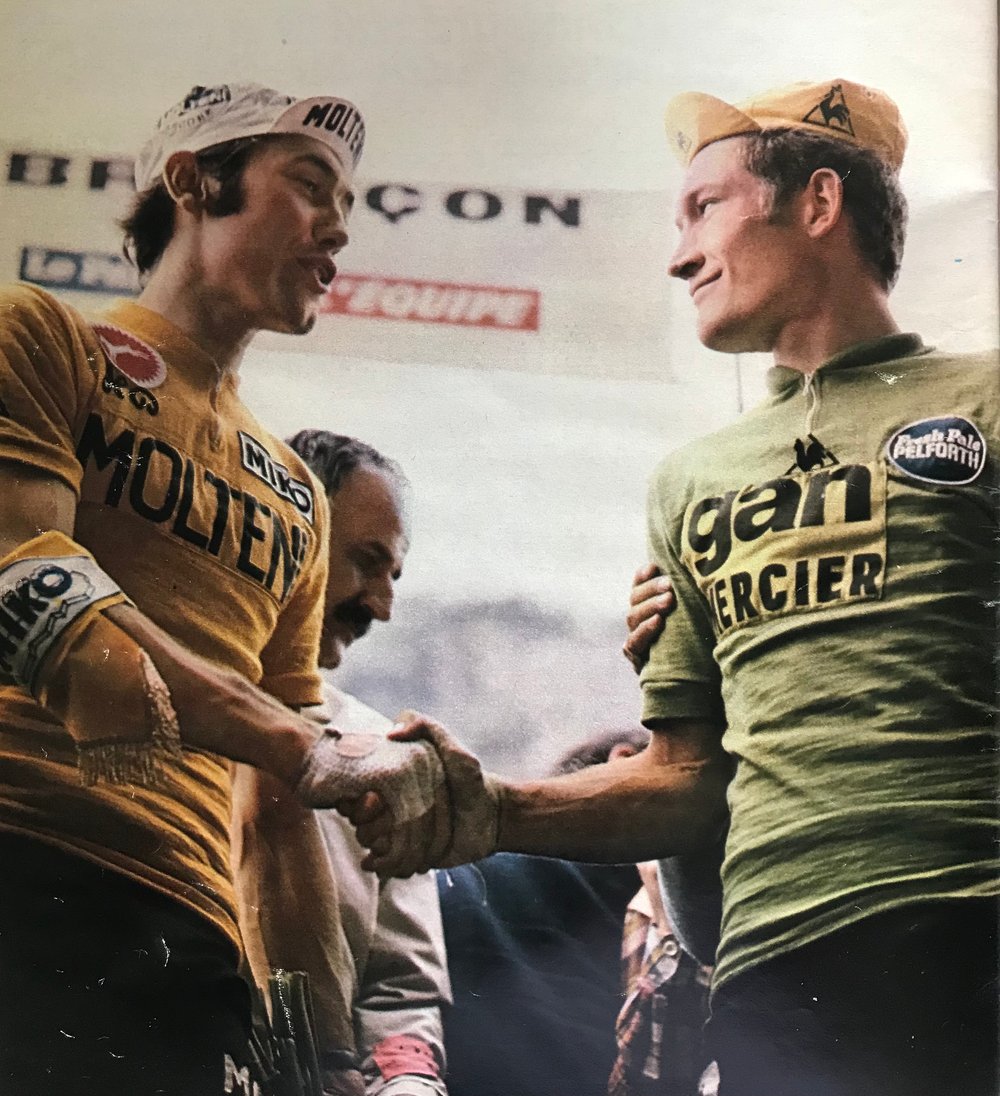 The green jersey, or maillot vert, goes to the leader of the Points Classification. While known as the “sprinter’s jersey,” the green jersey was created in 1953 on the occasion of the Tour de France’s 50th anniversary.

Yellow for you, green for me and so on for 15 days! A fratricidal struggle at the beginning of the 1972 Tour de France for the yellow jersey saw Eddy Merckx and Cyrille Guimard successively also wear the green jersey. Cyrille Guimard did not finish this Tour de France, his two knees were martyred to follow the best in the mountains, forced to abandon 10km after the start of the penultimate stage, wearing the green jersey and still second at 7'58" to the yellow jersey Eddy Merckx.