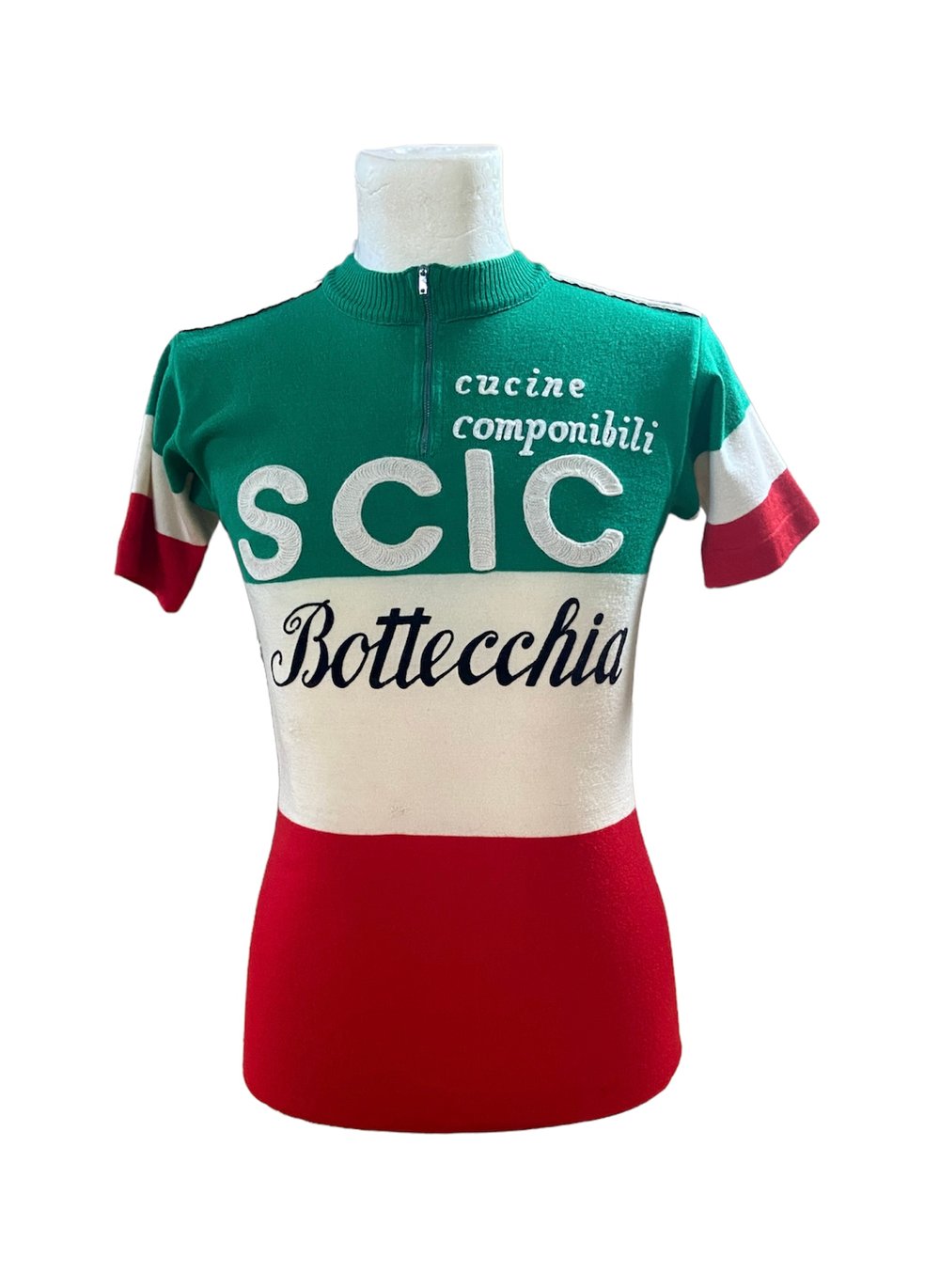 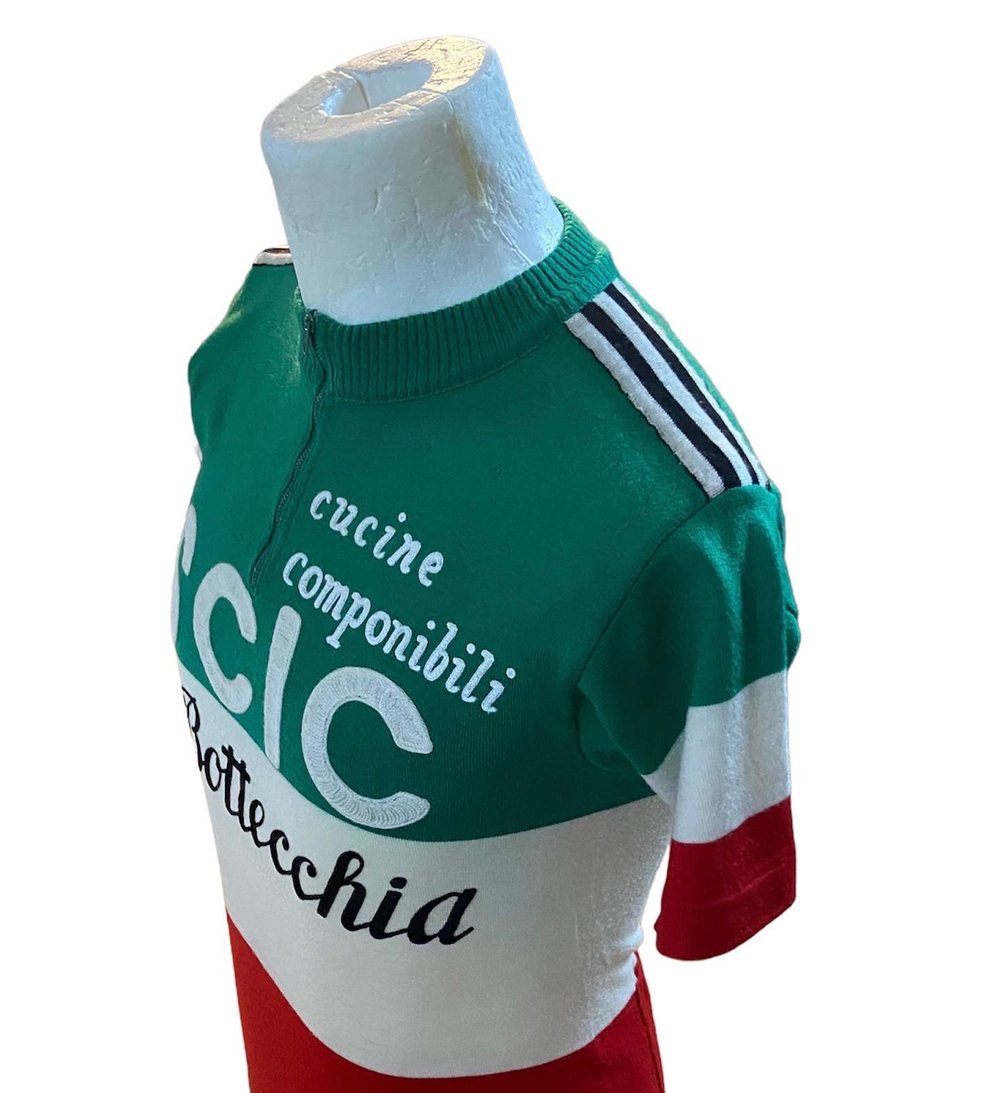 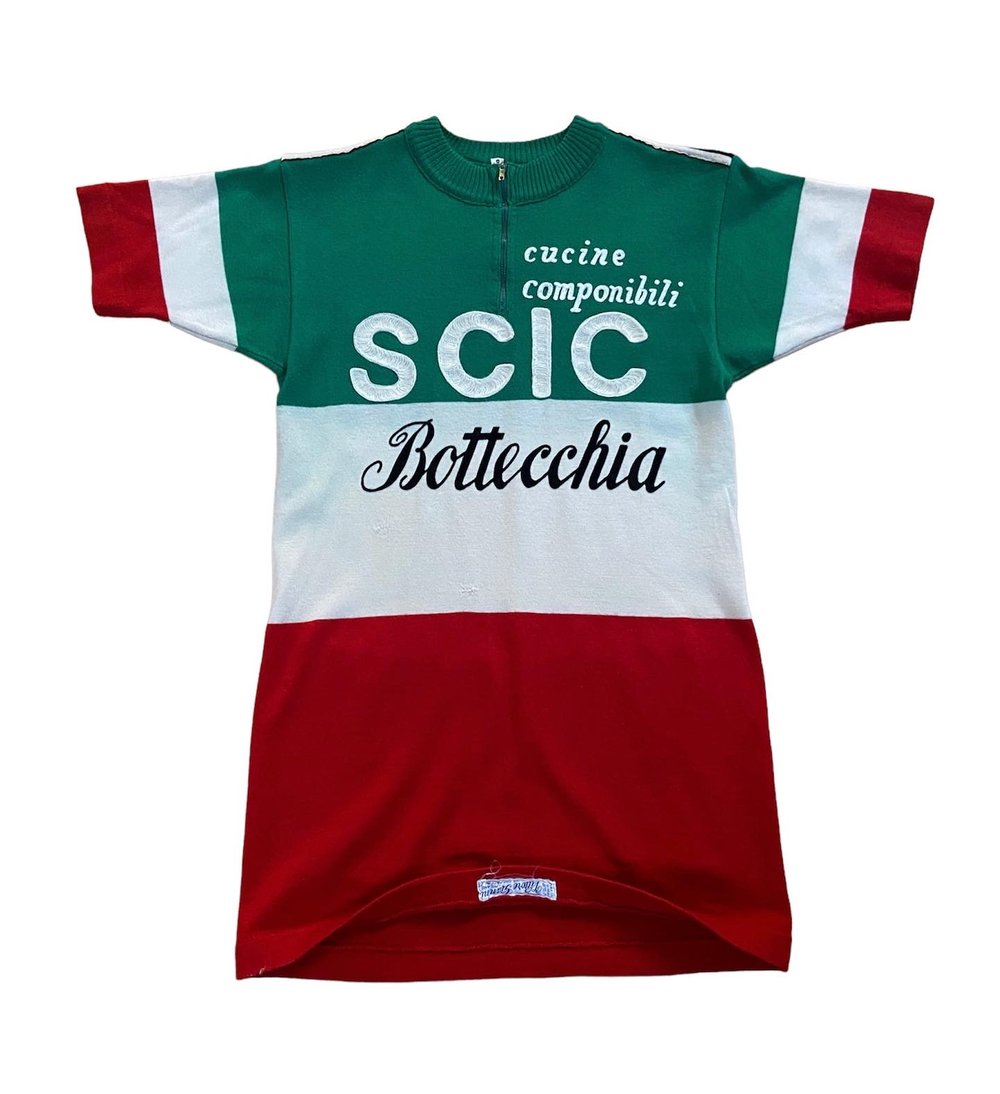 Description:
An iconic jersey worn by Enrico Paolini! This jersey was purchased directly from the brilliant journalist/collector Herbie Sykes and was part of his collection.

Enrico Paolini (born March 26, 1945 in Pesaro, Marche) is a former racing cyclist. A professional rider from 1969 to 1979, Enrico Paolini was three times Italian road champion (1973, 1974 and 1977) and won seven stages of the Giro d'Italia and several Italian semi-classics (the Three Valleys of Varese, Milan-Turin, Giro Veneto, Giro Emilia). After his racing career, he became a sports director for Italian teams.

Color:
The tri-colour is the distinctive jersey worn by the "Champion of Italy" in a particular discipline of cycling. From top to bottom the colours are: green, white and red.

Condition:
This jersey is a beauty, in great condition.

Additional Information:
1969 is the year of SCIC’s debut in the world of bicycle racing. More than for a studied advertising strategy, this union was born out of a real and unique passion. The cycling passion ends up turning into an exclusive love.

"G.S. SCIC - Eleven years on two wheels", which traces the glorious years of the Scic Sportivo Group from 1969 Adorni to 1979 Saronni.

The bond and love between SCIC and its teams is pictured year after year through a large collection of images in which the deeds and emotions of all the athletes who took part in this amazing story (from the junior members to the most great champions) are represented.