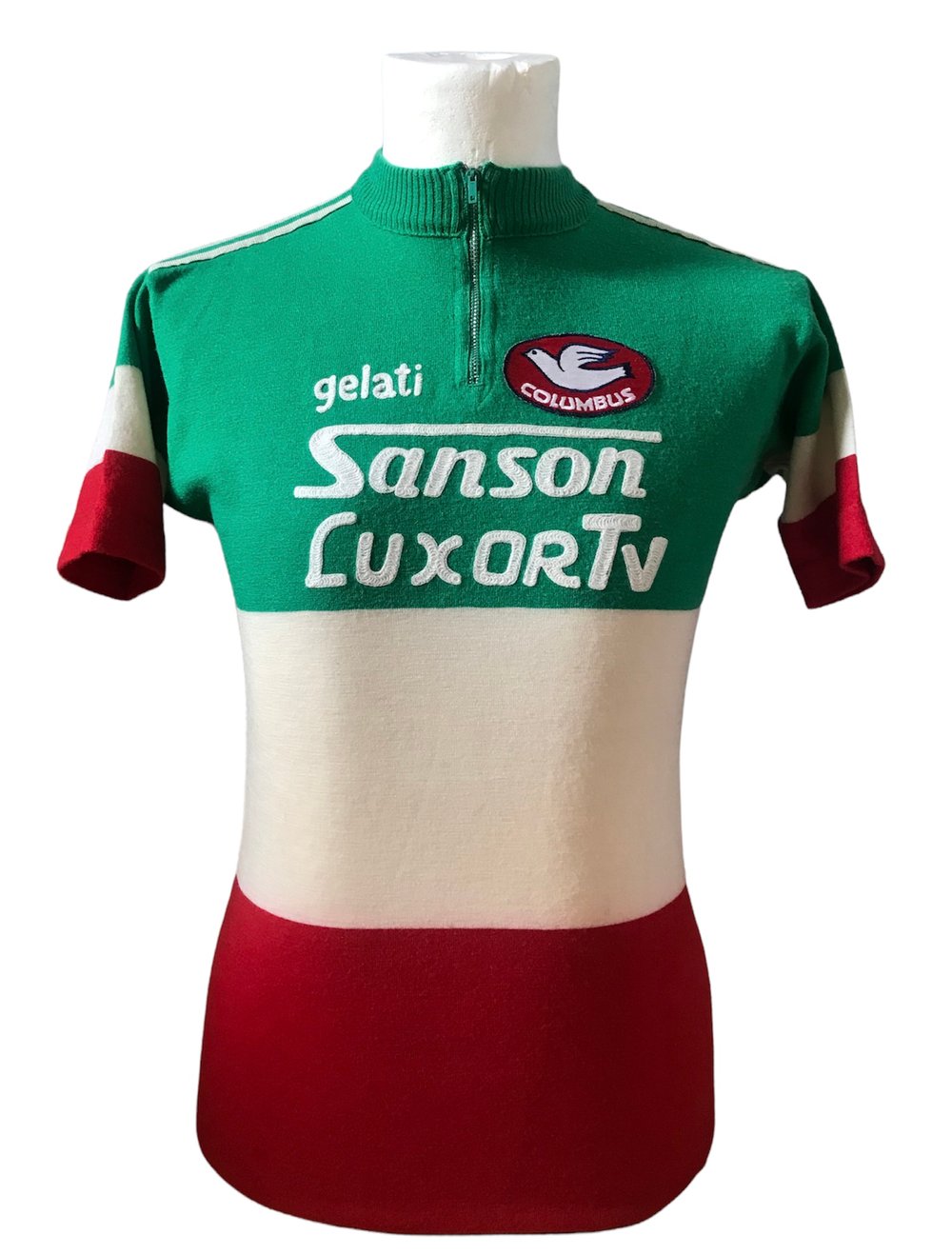 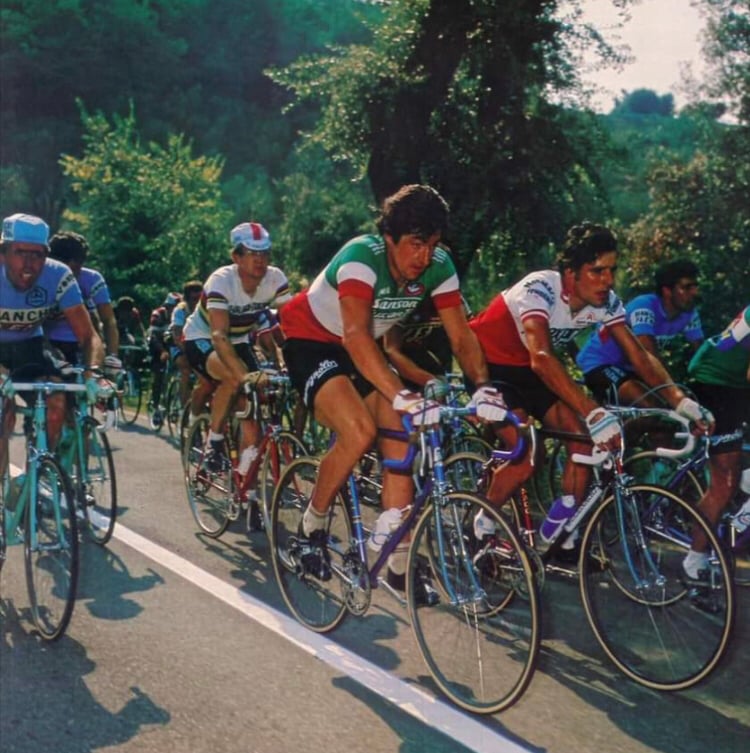 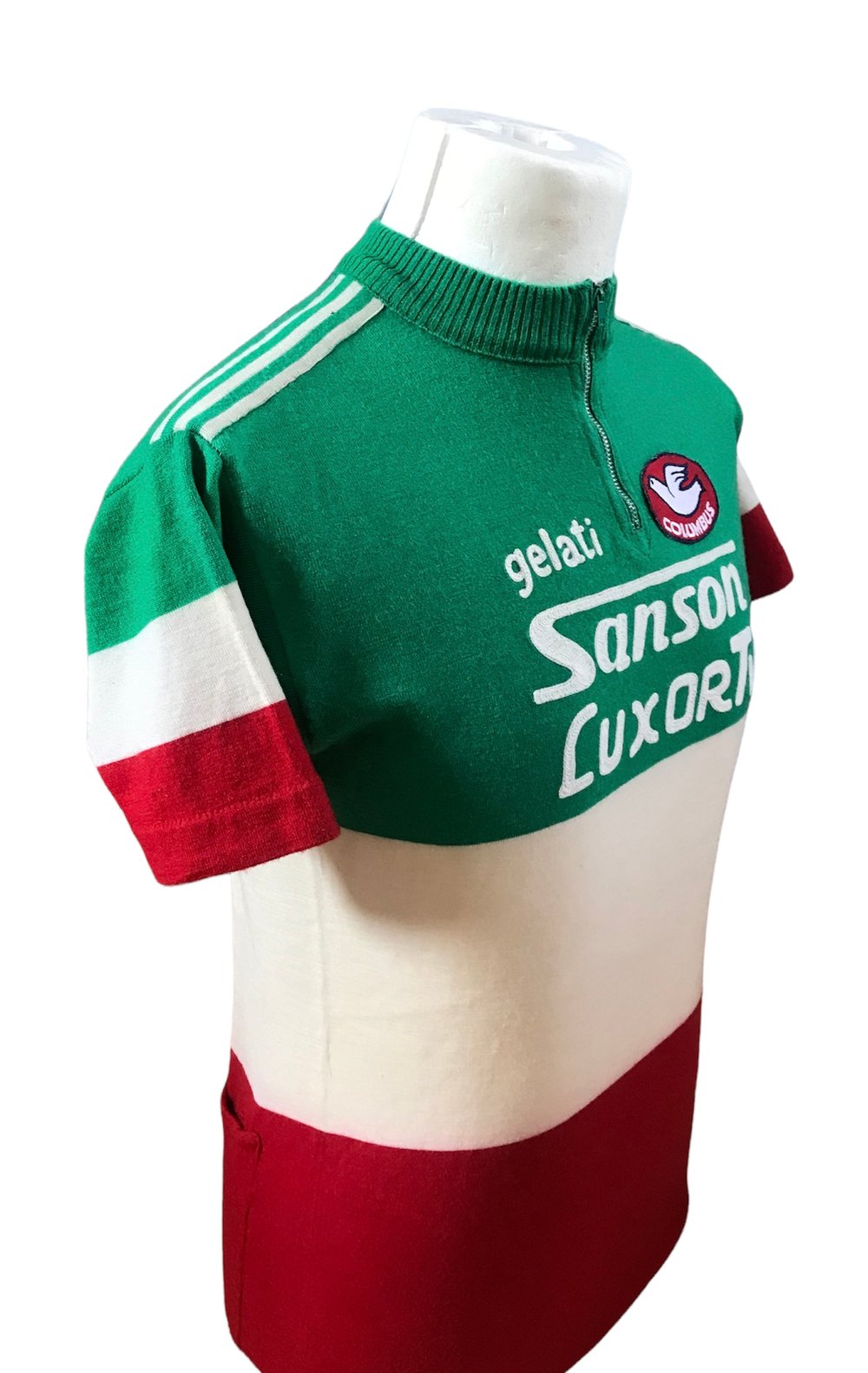 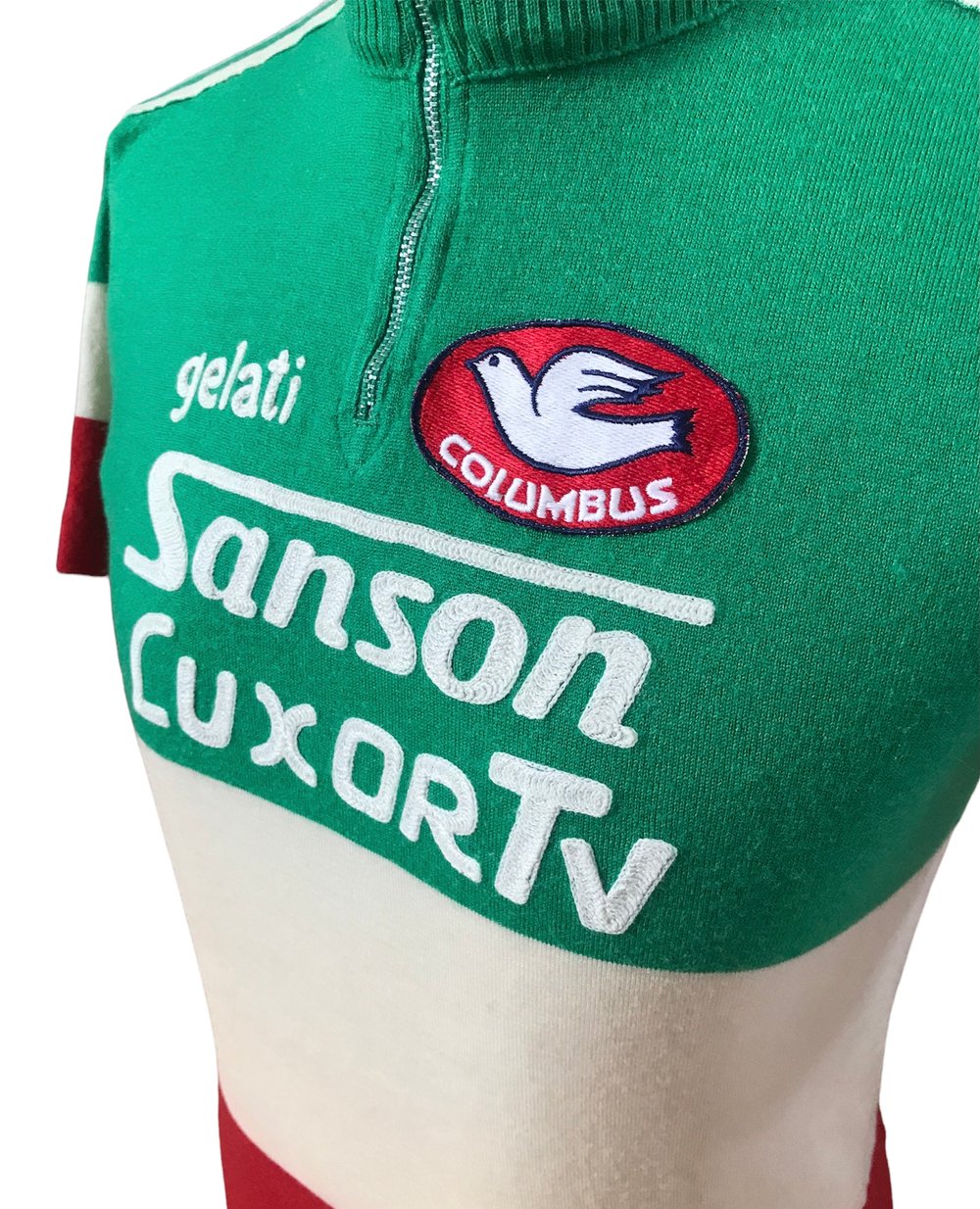 Description:
An iconic jersey worn by Francesco Moser! This jersey was purchased directly from the brilliant journalist/collector Herbie Sykes and was part of his collection.

Color:
The tri-colour is the distinctive jersey worn by the "Champion of Italy" in a particular discipline of cycling. From top to bottom the colours are: green, white and red.

Condition:
This jersey is a beauty, in great condition.

Additional information:
Moser was one of the most dominant riders of his generation, winning everything from Grand Tours to the World Championship Road Race and prestigious One-Day Classics.

Nicknamed the “Lo Sceriffo” (the sheriff), Moser turned professional in 1973, displaying what many viewed as a “unique, cultured pedaling style”.

However, compared to many of his rivals who possessed a “slighter build”, the Italian rider had a more muscular body composition, which often put him at a deficit when it came to climbing.

Nevertheless, Moser claimed the 1984 Giro d’Italia ahead of Laurent Fignon of France and Moreno Argentin of Italy, relying on his time-trialing skills to overcome what others had gained in the mountains. Moreover, his ability as a powerful sprinter would also earn him the points classification in the 1976, 1977, 1978 and 1982 Italian Grand Tour as well.

When it came to the One-Day Classics, Moser’s sturdy build and explosive sprint capabilities would once again prove vital, winning the Paris-Roubaix Classic an impressive three consecutive times, wherein he beat Roger De Vlaeminck in 1979 and 1980 and Gilbert Duclos-Lassalle in 1981.

Other notable victories in the One-Day Classics included winning the 1975 and 1978 Giro di Lombardia and the 1984 Milan–San Remo, as well as victories in the 1974 Paris–Tours, 1977 Züri-Metzgete, 1979 Gent–Wevelgem and the 1977 Flèche Wallonne Classic.

Perhaps Moser’s most celebrated moment came on January 19, 1984, when he broke Eddy Merckx’s Hour Record in Mexico City, after covering a new record distance of 50.808 kilometers, albeit on a more technically advanced.