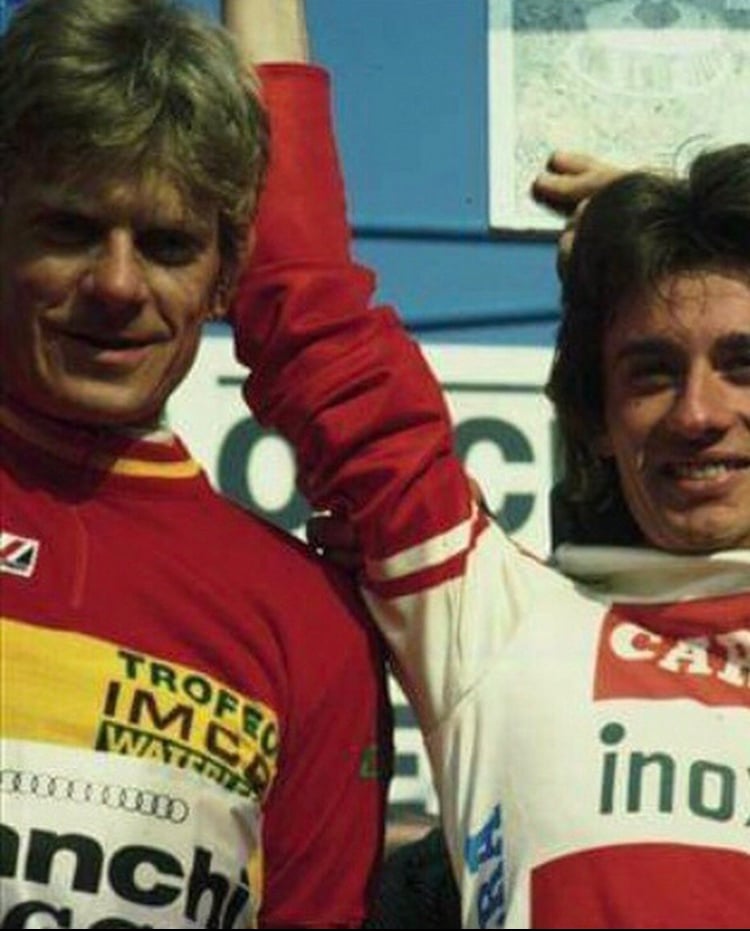 Description:
Tommy Prim was the overall winner of Tirreno-Adriatico in 1984. Tirreno-Adriatico, or the Race of the Two Seas, is an early season stage race between the Tyrrhenian and Adriatic coasts of Italy, the first edition of which was run in 1966.

Belgian Roger De Vlaeminck holds the record for most wins with six consecutive victories in the 1970s.

Tommy Prim (born 29 July 1955) is a retired Swedish professional cyclist who rode for the Italian Bianchi team between the years of 1980 and 1986. The Swedish rider in best known for finishing 2nd in the 1981 Giro d’Italia behind Giovanni Battaglin, as well as finishing 2nd the Giro the following year behind Bernard Hinault. With his win of Paris-Brussels in 1983 he became the first Scandinavian rider to win a classics race. During his successful career, he also won the Tour of Sweden twice in 1982 and 1983, the Tour de Romandie in 1981. He won the Coppa Agostoni in 1980. He won the Swedish Junior Time Trial Championship in 1972 and the Senior Road Race in 1976; He also won a stage in the Tour de L’Avenir in ’76.

Acquired in 2021 from Brett Horton (hortoncollection.com) which has perhaps the most beautiful and extensive collection on the history of cycling.

Condition: This jersey is a beauty, great condition with beautiful bright colors.