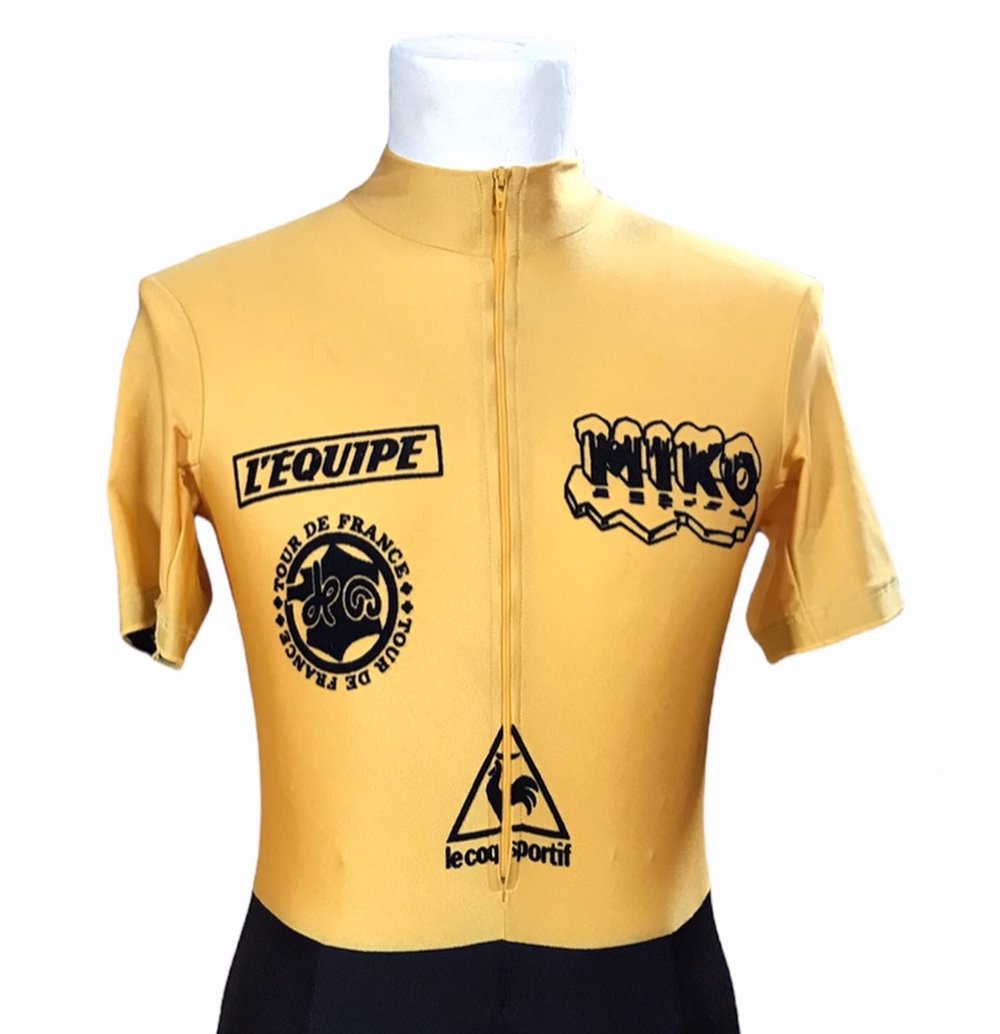 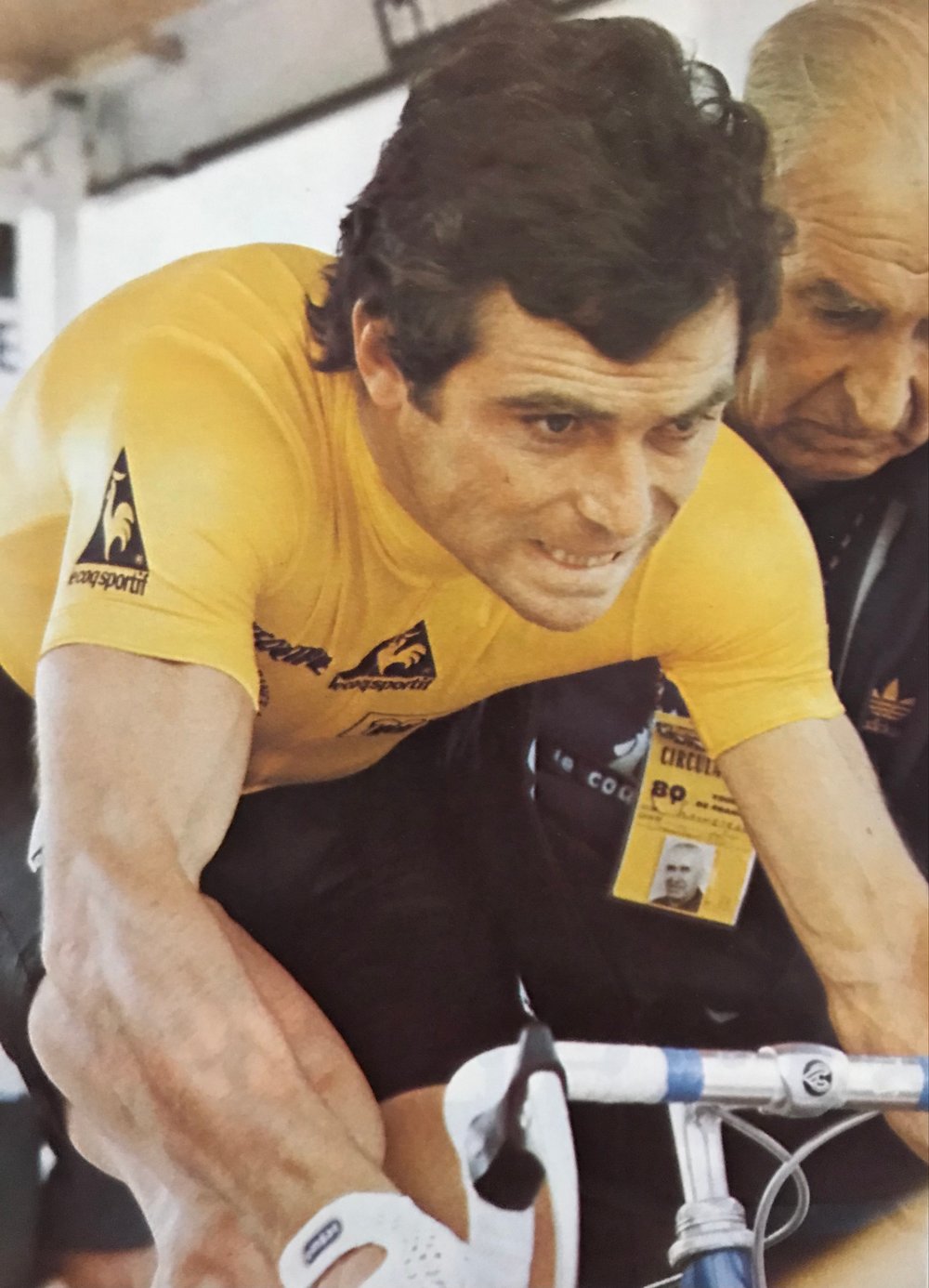 Description:
Be the lucky to grab this legendary bright and luminous yellow tunic.

Provenance: Coming from a cycling museum in France, which its owner has disposed of by putting it up for auction.

The Gallic rooster logo appeared in 1948 and on August 26, 1950, Le Coq Sportif became a registered trademark.

In 1951, Le Coq Sportif received its first prestigious order for the jerseys of the competitors in the Tour de France, i.e. 12 national teams, each composed of 10 riders to be dressed, including stars such as the Swiss Hugo Koblet and the French Raphaël Géminiani. The Tour de France passes this year through the town of Romilly-sur-Seine where the jerseys are made.

Condition: This TT jersey is a beauty, in great condition

• Manufactured from an 80/20 polyamid elasthan mix with flocked lettering including logos "Miko", "Le Coq Sportif", "L’Équipe" and "HD".
• Long length at the zip collar 40cm
• Made in France by Le Coq Sportif

Additional information:
First appearance of the Le Coq Sportif logo in 1967 on the yellow jersey: The Société du Tour de France accepts in 1967 that the logo of the small rooster in its triangle appears on the jerseys of the Tour, the victory of the Frenchman Roger Pingeon in this 1967 edition is widely relayed by the television and the magazines ensuring to the mark a new notoriety.

The birth of the yellow jersey:
The idea was a good one. It appeared in the form of a mere snippet in the columns of L’Auto, the organizing newspaper, on the morning of July 10, 1919, while the Tour de France was already in the Pyrénées having left Paris in late June. The title of this very brief article that took up just 11 lines of the newspaper says everything about the reason for this innovation (which didn’t happen until the Tour de France was already celebrating its 13th edition): "To recognize the leader." And the text below it was to the point: "A nice idea from our editor-in-chief! In order for sports fans to immediately recognize the leader of our great trek when he’s in the Tour de France peloton, our editor-in-chief, Henri Desgrange, has decided that, in the future, the rider holding first place in the general classification will wear a special jersey."

Why yellow? The distinctive emblem, which was awarded from that point on to the Tour leader, is very similar to the color of the paper on which the organizing newspaper was printed.

The popular Eugène Christophe had been leading the 1919 Tour de France since the stage 4 finish in Les Sables-d’Olonne, and the Tour was in a short break in Grenoble prior to stage 11, when he received the very first yellow jersey