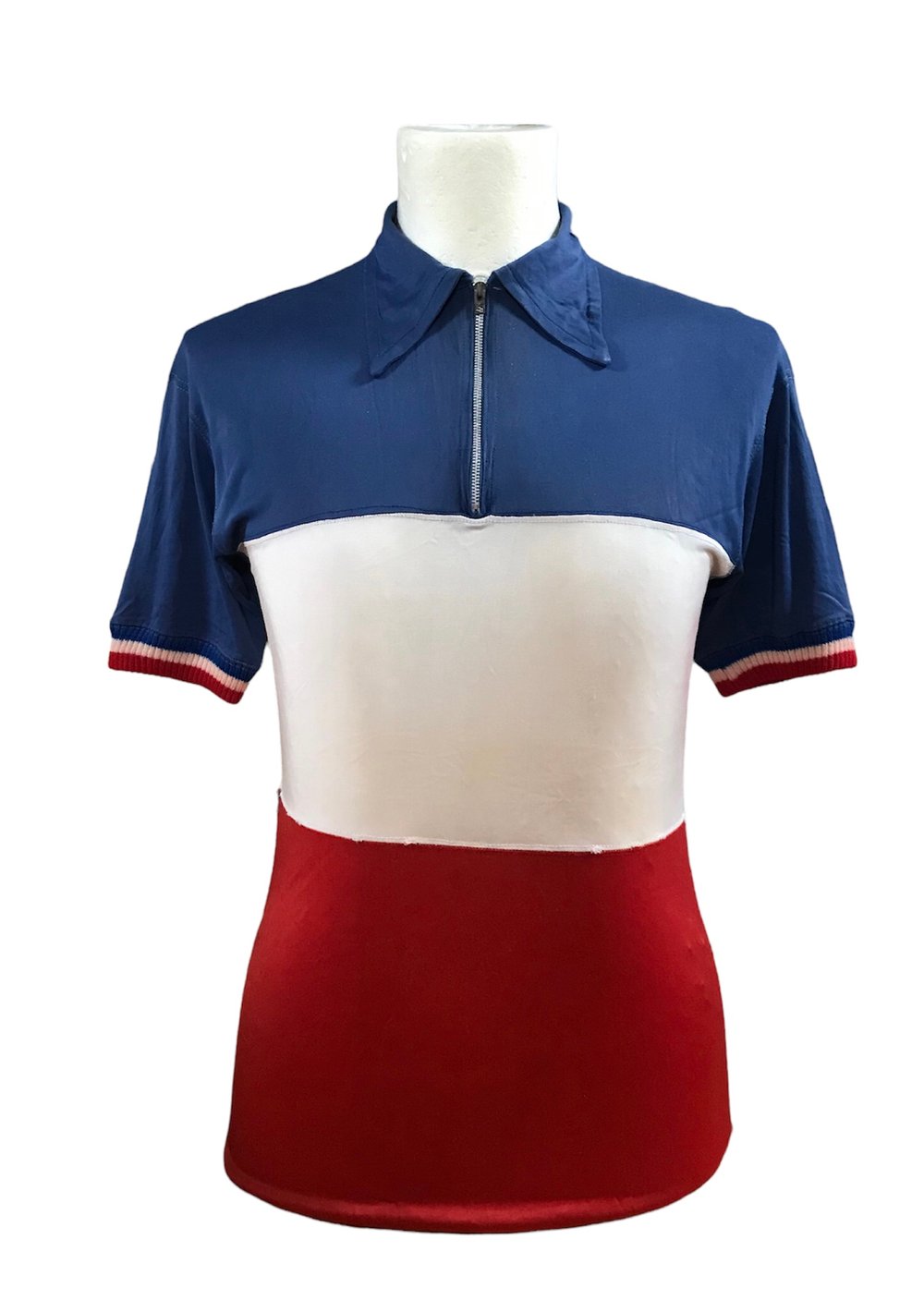 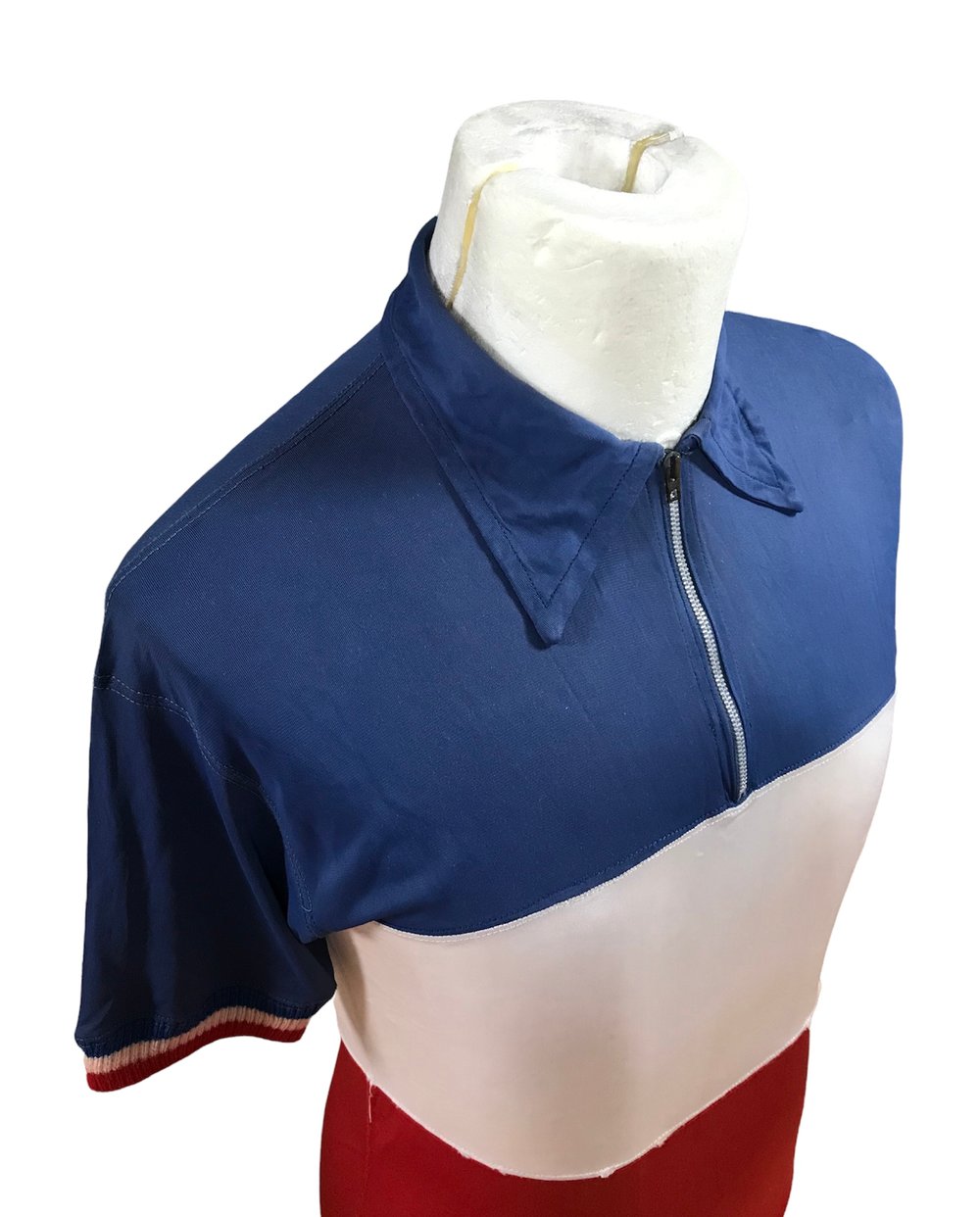 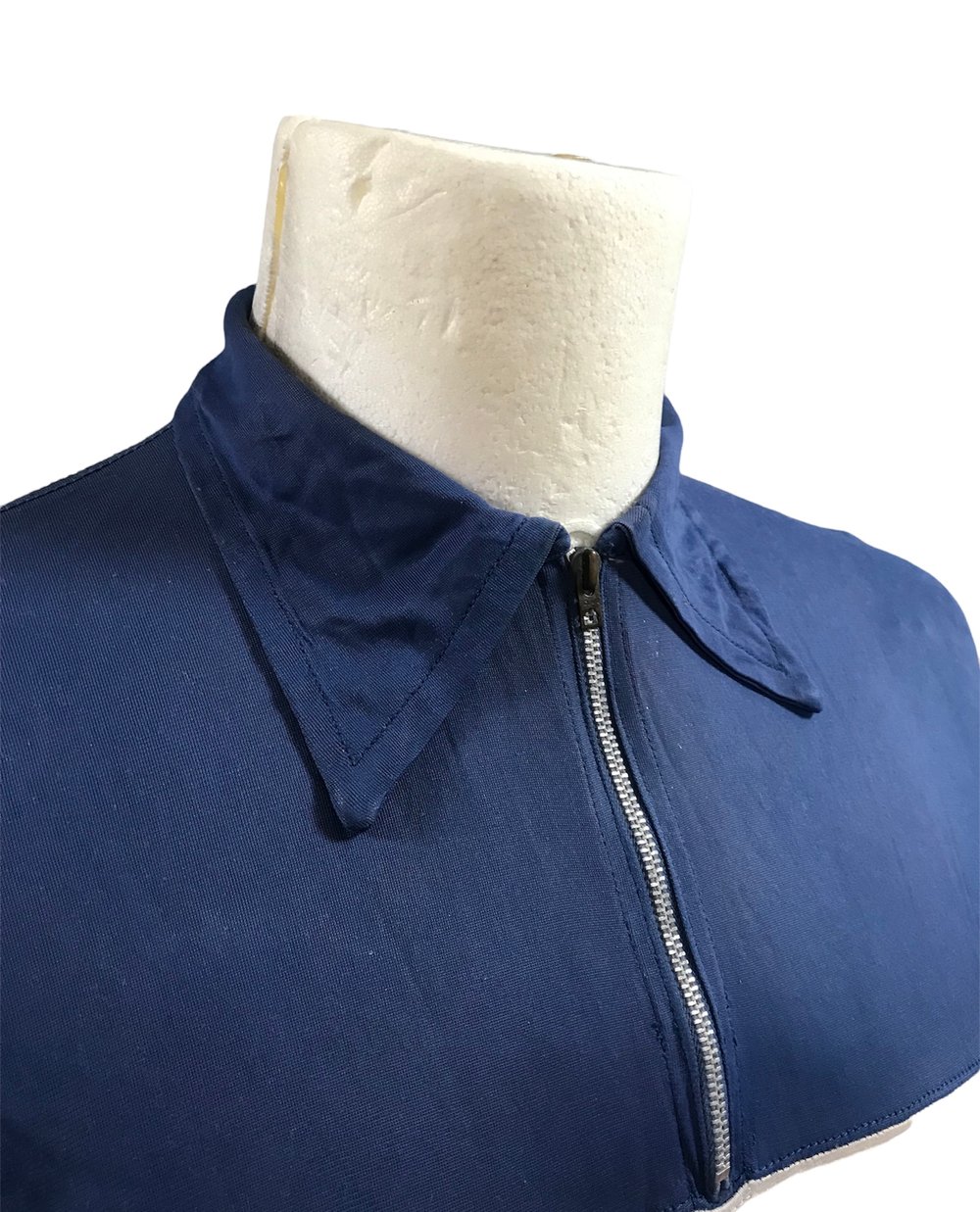 Description:
This beautiful eye-catch ceremonial jersey given on the podium rewards the title of French champion on road acquired in 1946 for Louis Caput. Very rare from this era!

Nicknamed "P'tit Louis", whose life is entirely linked to cycling, was born on January 23, 1921 in Saint-Maur. At the age of 17, he won, among 450 participants, the cyclo-cross organized by the newspaper L'Auto, the press organ that created the Tour de France, as well as the Grand Prix de l'Humanité in 1939. Winner of the Tour de Paris in 1941, he became a professional in 1942 and became famous after the war. French road champion in 1946, he was selected for the French team in 1947 and 1948 alongside Louison Bobet, won the Paris-Tours in 1948 and took part in the Tour de France nine times, winning two stages (the ninth in 1949 in San Sebastian and the 14th in 1955 in Narbonne).

He ended his career in 1957 and began his reconversion by becoming a sports director in the 1960s. Over the years, he managed several teams, including the prestigious Mercier team, which included Raymond Poulidor and Joop Zoetemelk.

• Manufactured from an 100% silk
• Long length zip at the collar 14,5cm
• No back pockets
• Short sleeves jersey
• Made in France by Unis-Sport