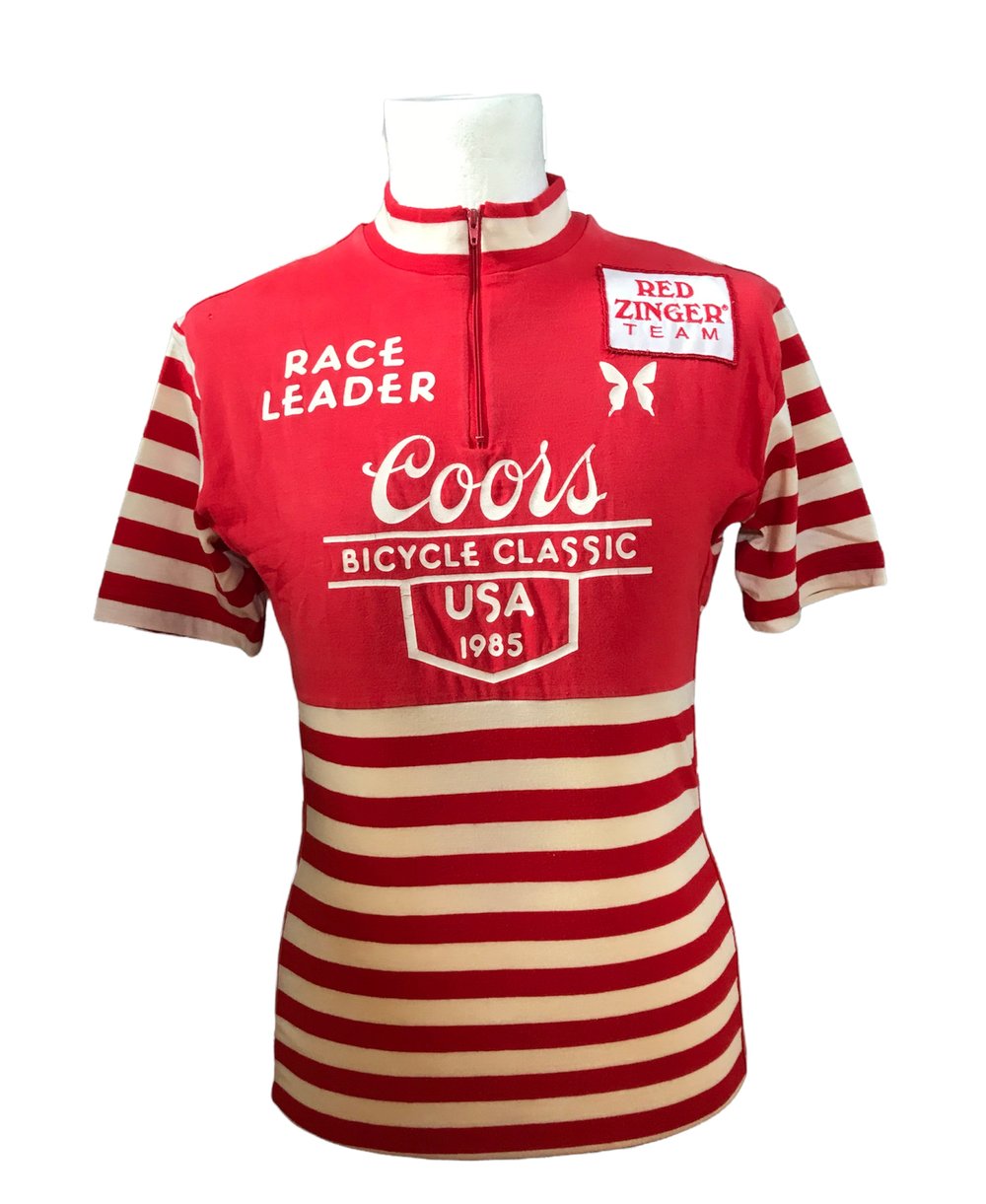 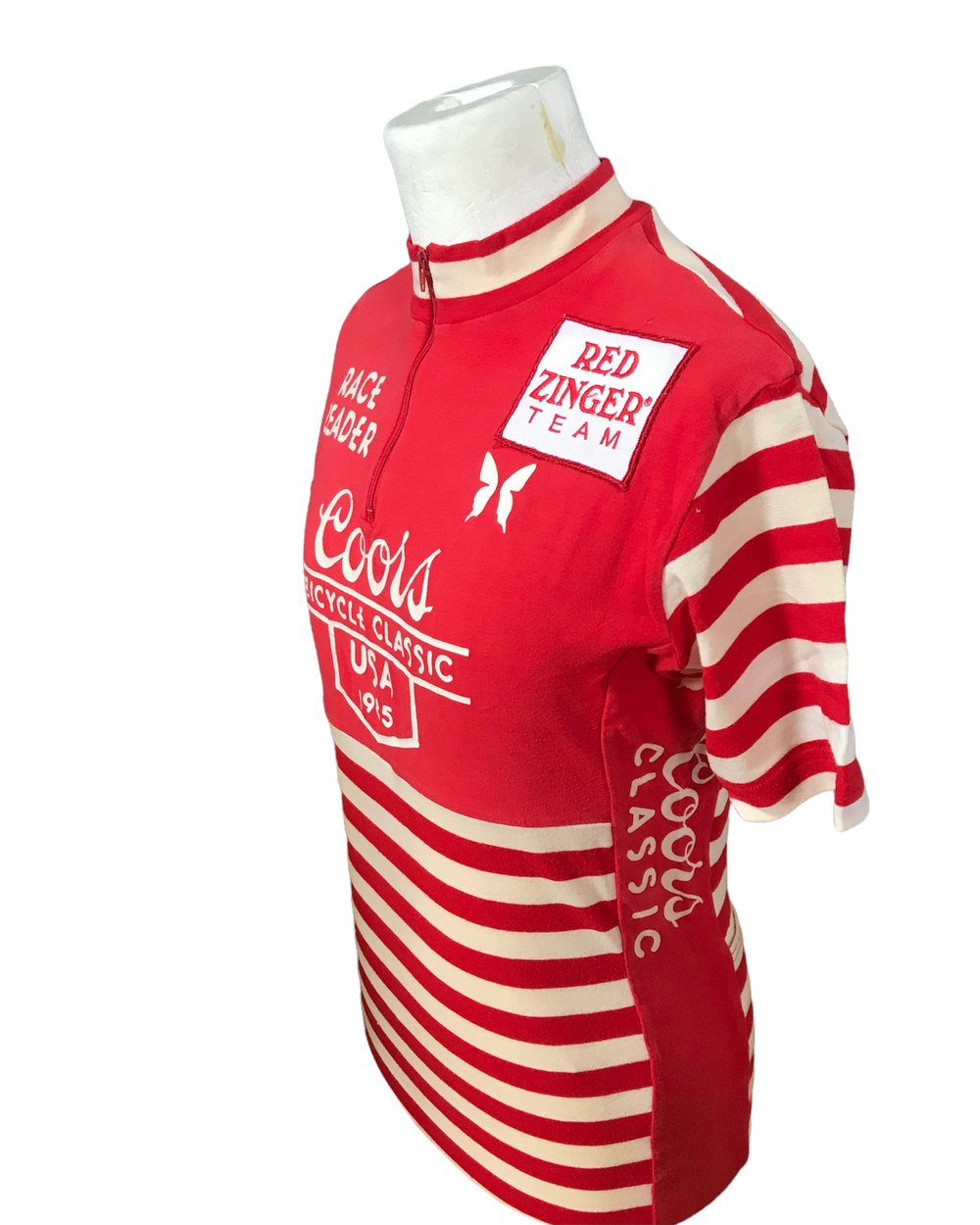 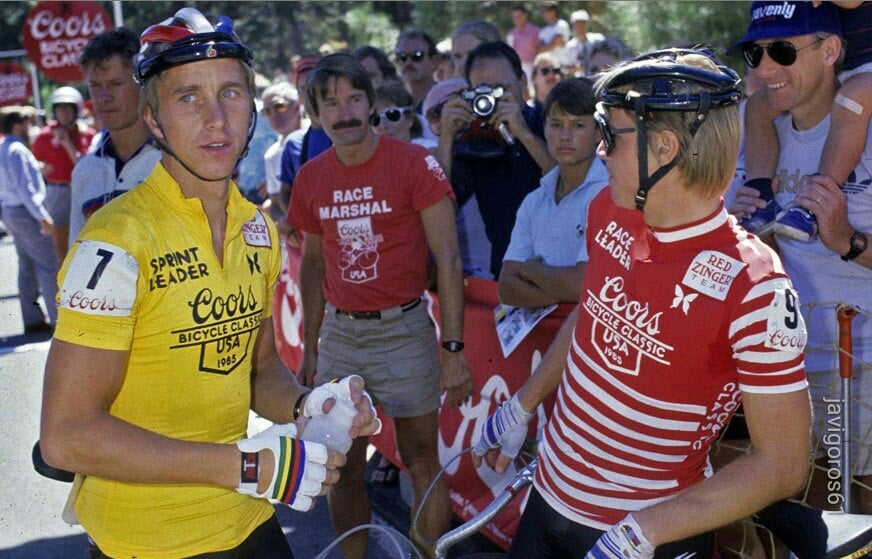 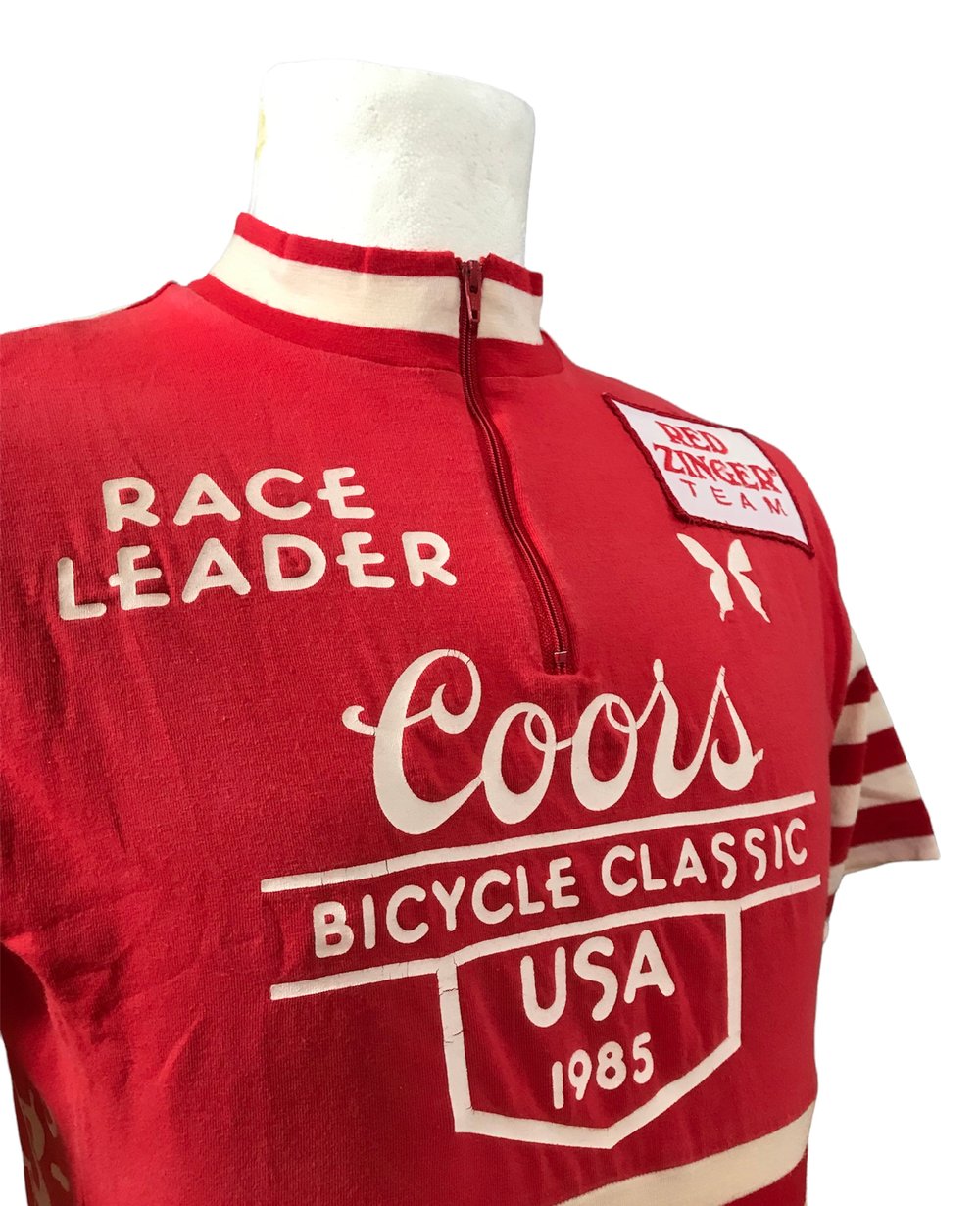 Description:
The jersey worn by Steve Bauer is inspired by the marinière style, but also the Atala jersey with its horizontal stripes.

Prologue and Stage 1 of the Coors Classic Bicycle Race was held San Francisco on August 3 to Boulder on August 18 1985. The 1985 edition of the race started in San Francisco and ended in Colorado. An international field of racers including Greg Lamond and 5-time Tour de France champion Benard Hinault competed. Greg LeMond won the Tour de France the following year in 1986.

Steve Bauer won the second stage Sonoma-Sacramento [146km] and will wear the leader's jersey for 3 days until the 5th stage. He will also win stage 11 and stage 16.

The Coors International Bicycle Classic took place from 1980 through 1988 and was sponsored by the Coors Brewing Company. Michael Aisner was the stage race's PR director in 1979 and bought the race for one dollar from Siegel. The idea of the race was taken to Peter Coors, the beer impresario. The Coors Bicycle Classic was held over two weeks of racing in California, Nevada and Colorado, with stages in some years in Hawaii and Wyoming.

Additional information:
The Canadian rider Steve Bauer, who was born on June 12, 1959 is best known for finishing 3rd in the 1984 World Championship Road Race behind Claude Criquelion of Belgium and Claudio Corti of Italy.

Years later, Bauer and Criquelion would battle it out again at the 1988 World Championships, wherein both riders clashed during the closing few hundred meters – allowing Italian rider Maurizio Fondest to claim the victory.

In the case of Criquelion, the Belgian rider ended up crashing into the barriers, while Bauer lost all momentum. As a result, the two riders were embattled in a legal dispute over the race for years.

Some of Bauer’s other notable achievements, included winning the Canada’s National Road Championships in 1981, 1982 and 1983, along with numerous stage victories in races such as the Tour de France (wearing the yellow jersey for several days during both the 1988 and 1990 races), Coors Classic, Critérium du Dauphiné Libéré, Étoile de Besieges, Tour de Suisse and the Tour DuPont.