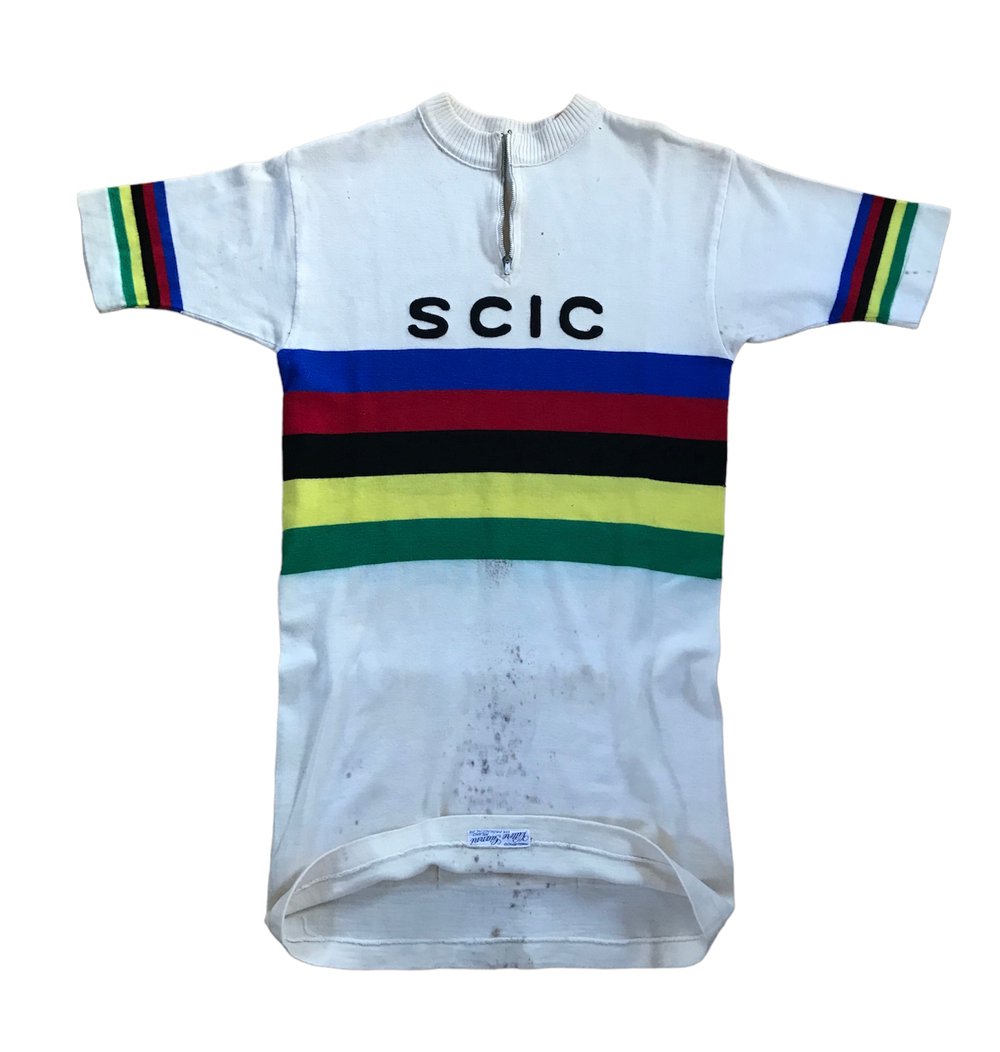 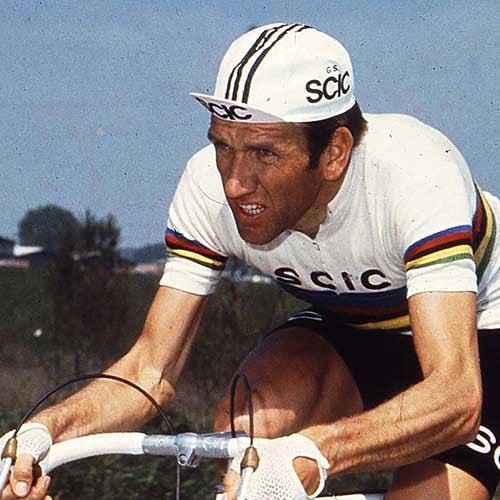 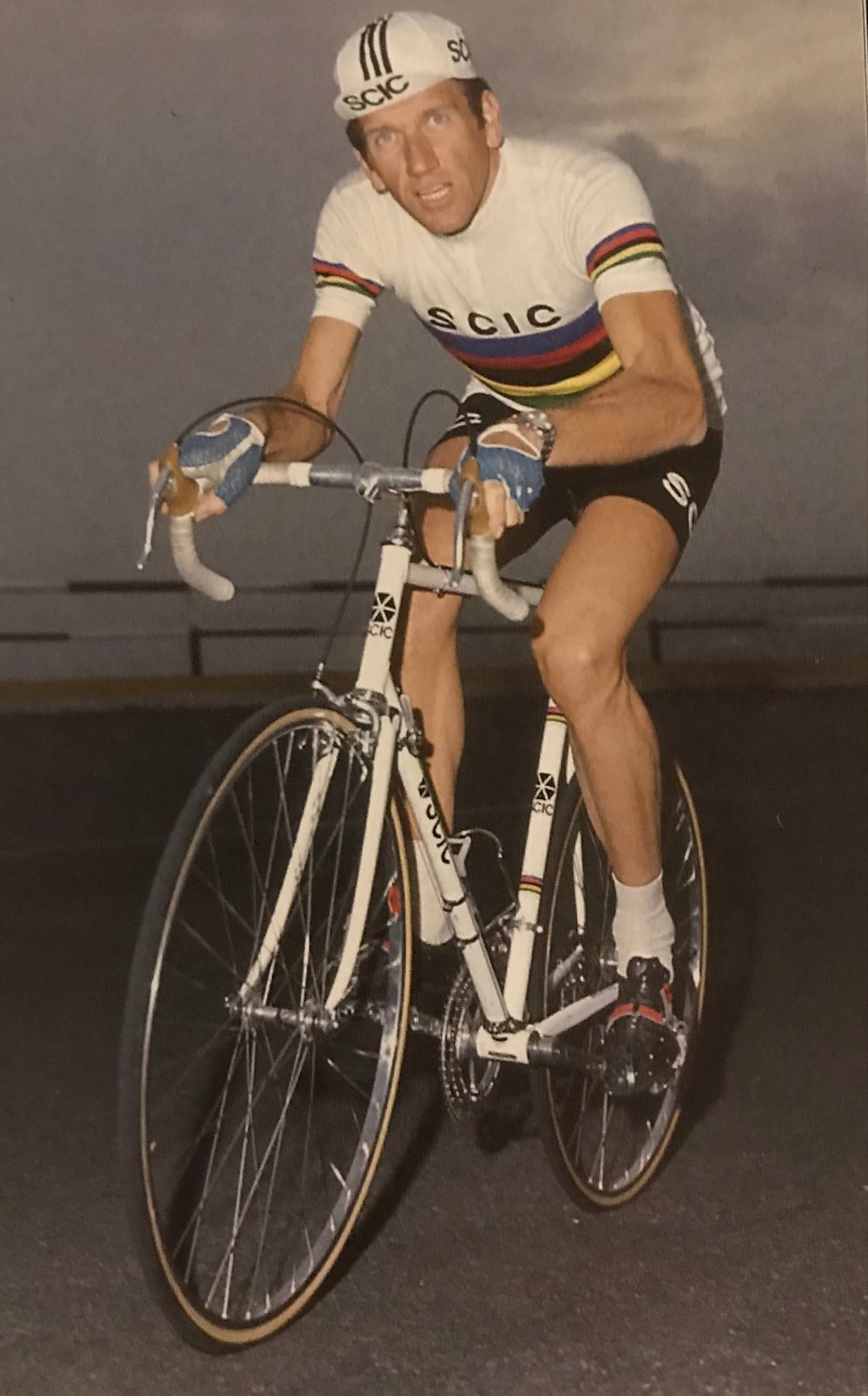 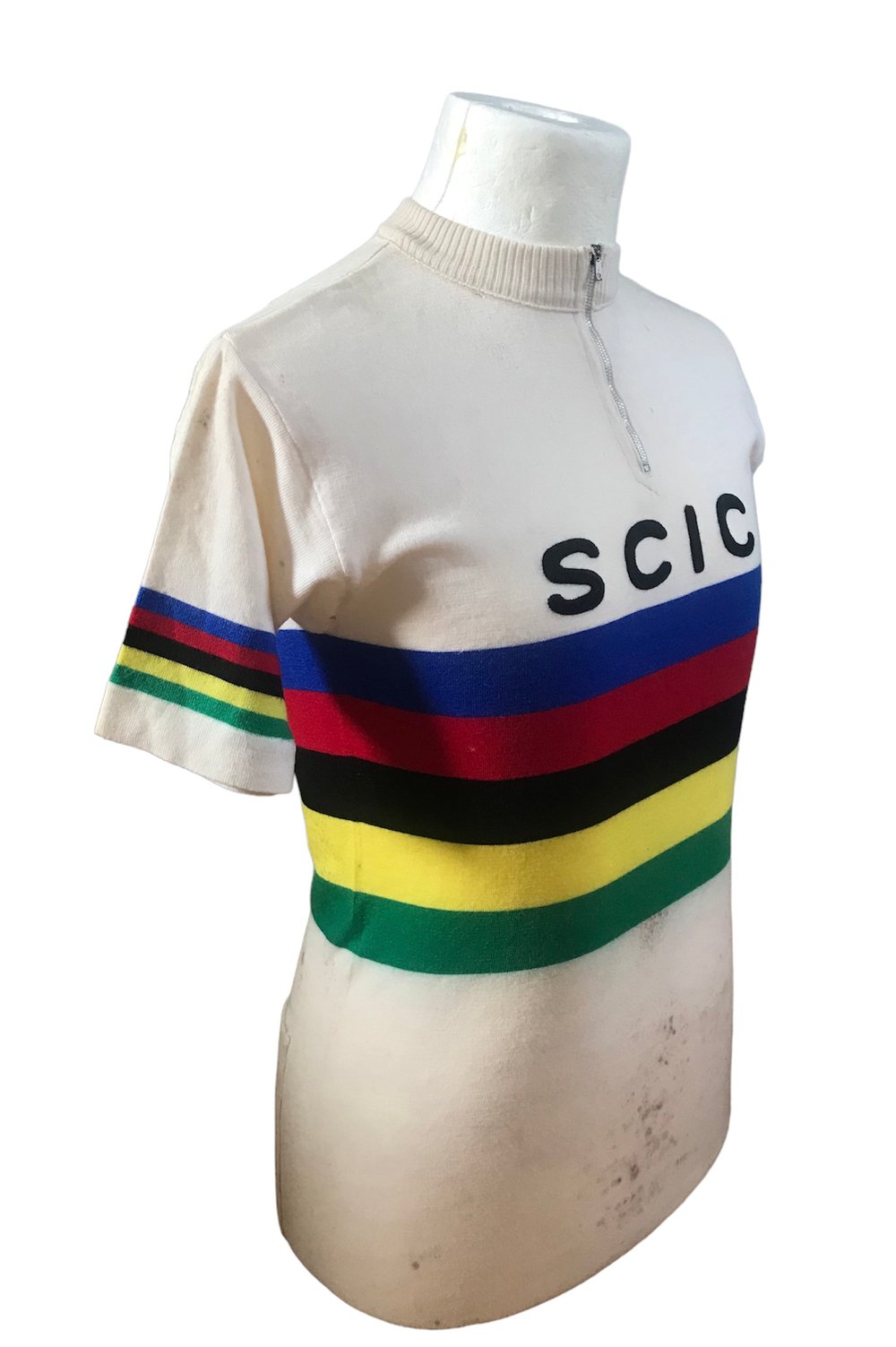 In 1969, SCIC debuts in the cycling world. The parmesan cyclist Vittorio Adorni is the pivot of the team, who had just won the rainbow jersey. The work force of the online and stage races include: mainly Vittorio Adorni, Luciano Armani, Bruno Mealli, Enrico Paolini, Leandro Faggin and Angelo Damiano. Sports directors: Eraldo Giganti, Ercole Baldini.

The SCIC team that existed from 1969 to 1979 were a commanding force during this period thanks to the talents of their riders, who included Vittorio Adorni, Giuseppe Saronni, Franco Bitossi, Michele Dancelli, Gianbattista Baronchelli, Enrico Paolini, Bruno Mealli, Gosta Pettersson, Franco Balmamion and Luciano Armani.

A Giro d’Italia and a World Championship win crowned his career, Adorni was a very good all-around rider, able to climb, time trial, and sprint well, if not superbly, and was particularly good at long solo breakaways,

Color:
The winner of this event earns the right to wear the distinctive rainbow jersey as the reigning champion for one year in the professional peloton.
The design, in use since 1927, features the five horizontal bands of colour used by the UCI, the same colours that appear on the Olympic flag.

Condition:
This rainow unwashed jersey remains in its original condition worn during the 1969 season.

Additional information:
Vittorio Adorni was born in Parma, Italy on November 14, 1937. The Italian rider turning professional in 1961 is best known for winning the 1965 Giro d’Italia ahead of fellow Italians Italo Zilioli and Felice Gimondi.
Still viewed as being a domestique, Adorni’s stature as a top-rider in the peloton was further elevated by two more stage victories in the 1963 Italian Grand Tour, while finishing second in the overall classification. and second in the World Road Cycling Championships in 1964.

However, 1965 would mark Adorni’s meteoric rise in the sport, after he won the early-season Tour de Romandie, which was followed up with a triumph in the Giro d’Italia.

Next season was highlighted with victories in the 1966 Tour of Belgium, 1967 saw Adorni reprise his Tour de Romandie title, along with another stage victory and a fourth place finish in the Giro.

In addition, Adorni won the 1968 World Championship Road Race ahead of Herman Van Springel of Belgium and Michele Dancelli of Italy, as well as his country’s national road championship in 1969. along with the overall victory in the 1969 Tour de Suisse – capped-off with a final stage win in the Giro, all these great great performance only sparked longings rather than proper appeciation.

Adorni retired from racing in 1970, later becoming the directeur sportif of the Salvarani team until 1973. After that, Adorni became president of the Italian riders’ association and a race commentator for the Italian television company RAI.