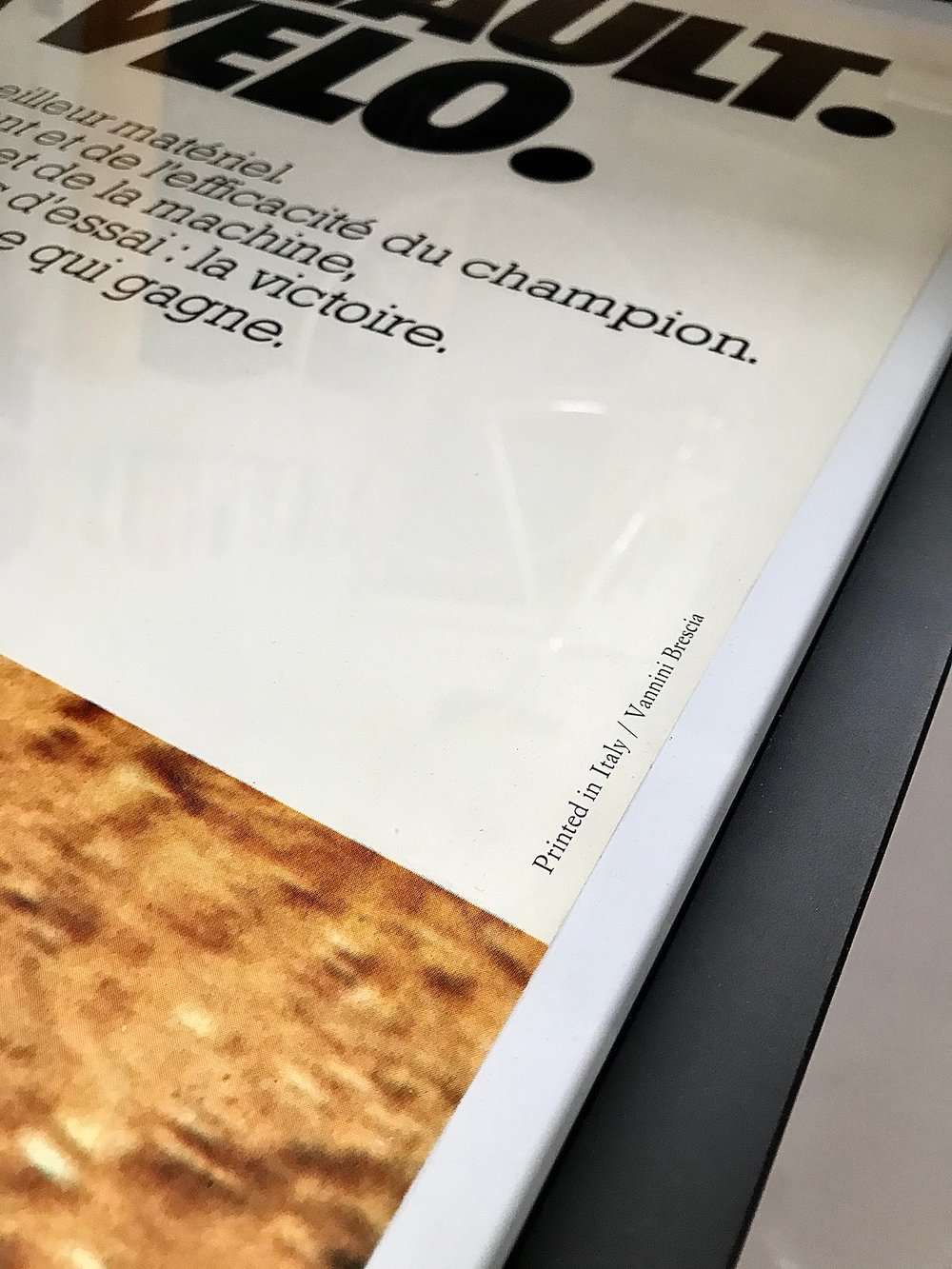 Description:
A classic profile shot of Bernard Hinault during the 1978 Grand Prix des Nations. On his way to winning the second one of his five victories.

Hinault was a master against the clock. This image captures Hinault in a French champion's jersey obtained a few months earlier during the 1978 French national road championships.

Printed in Italy by Vannini Brescia

It’s an original vintage poster, NOT a reproduction.

Additional information:
Bernard Hinault (born 14 November 1954) is a French former professional road cyclist with 147 professional victories was nicknamed Le Blaireau (either “the shaving brush” or “the badger”), as he would often do a hairband, thus resembling a shaving brush. He was respected early on in the professional peloton, quickly becoming "the Boss" or "le patron". He is one of only six cyclists to have won all three Grand Tours, he won the Tour de France in 1978, 1979, 1981, 1982 and 1985. He came second in 1984 and 1986 and won 28 stages, of which 13 were individual time trials. The other three to have achieved five Tour de France victories are Jacques Anquetil, Eddy Merckx and Miguel Indurain; of these, Hinault is the only one to have finished either first or second in each Tour de France he finished. He remains the last French winner of the Tour de France.