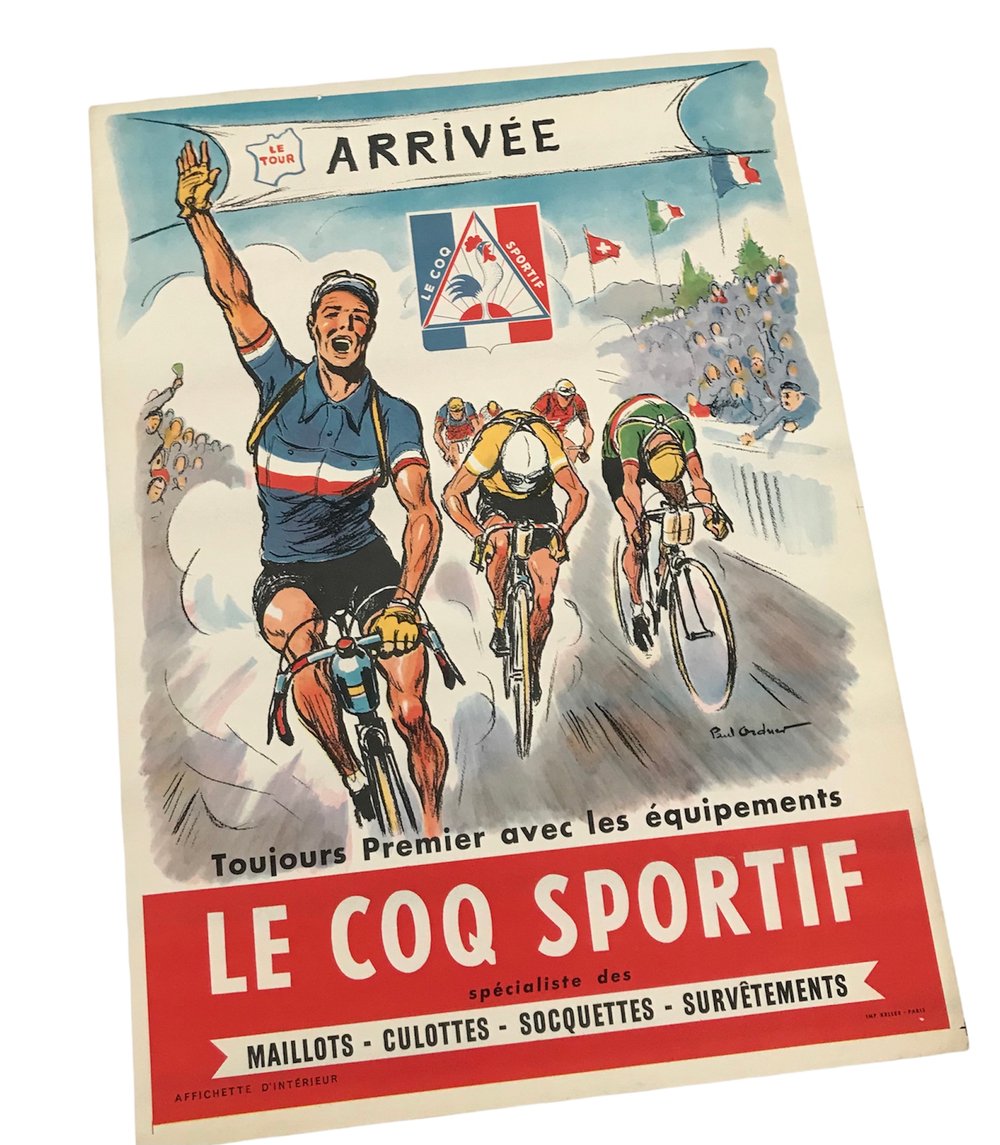 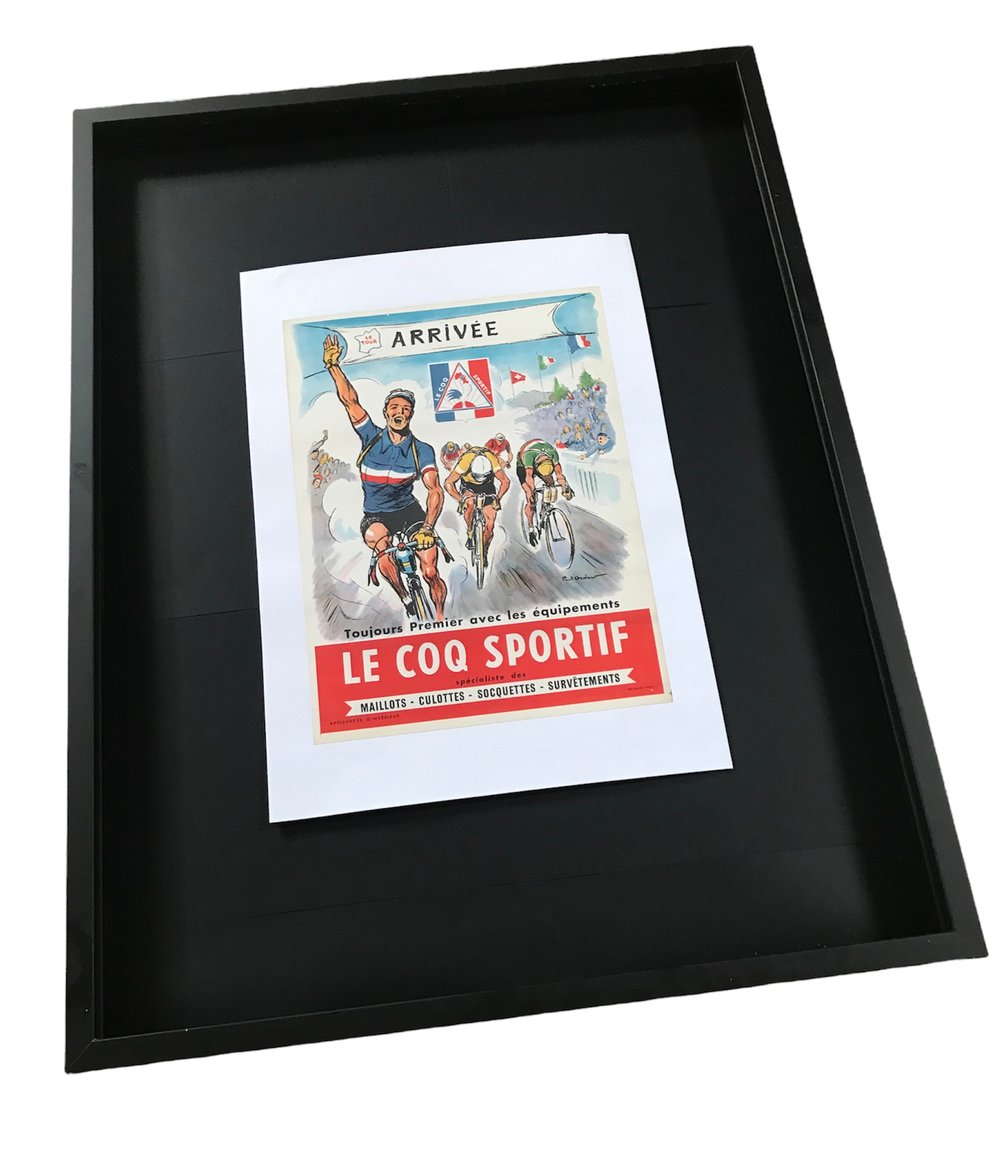 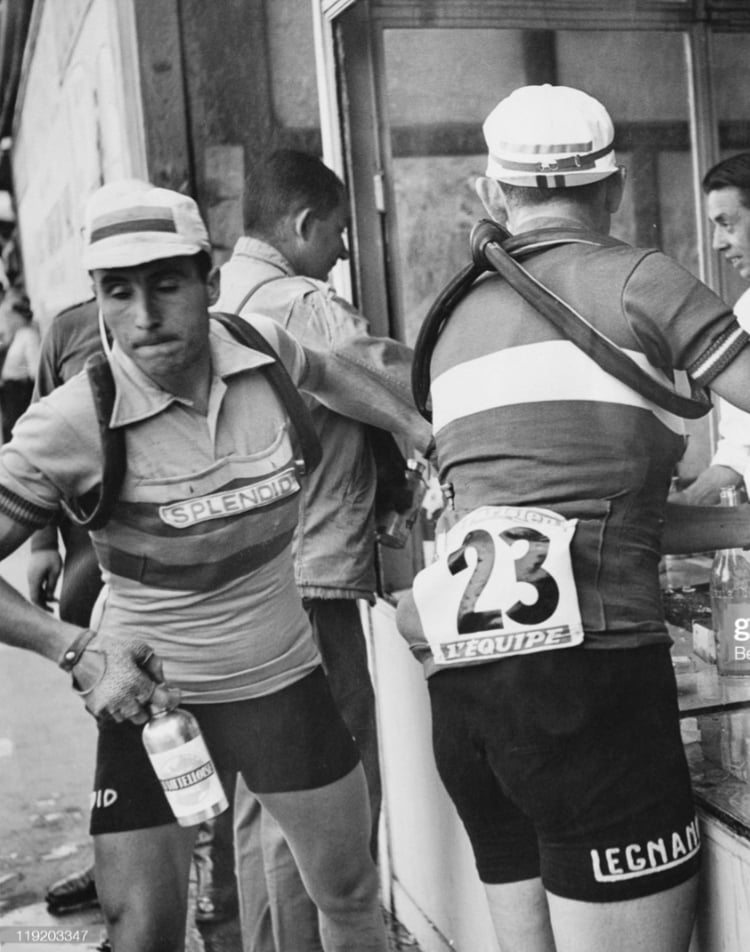 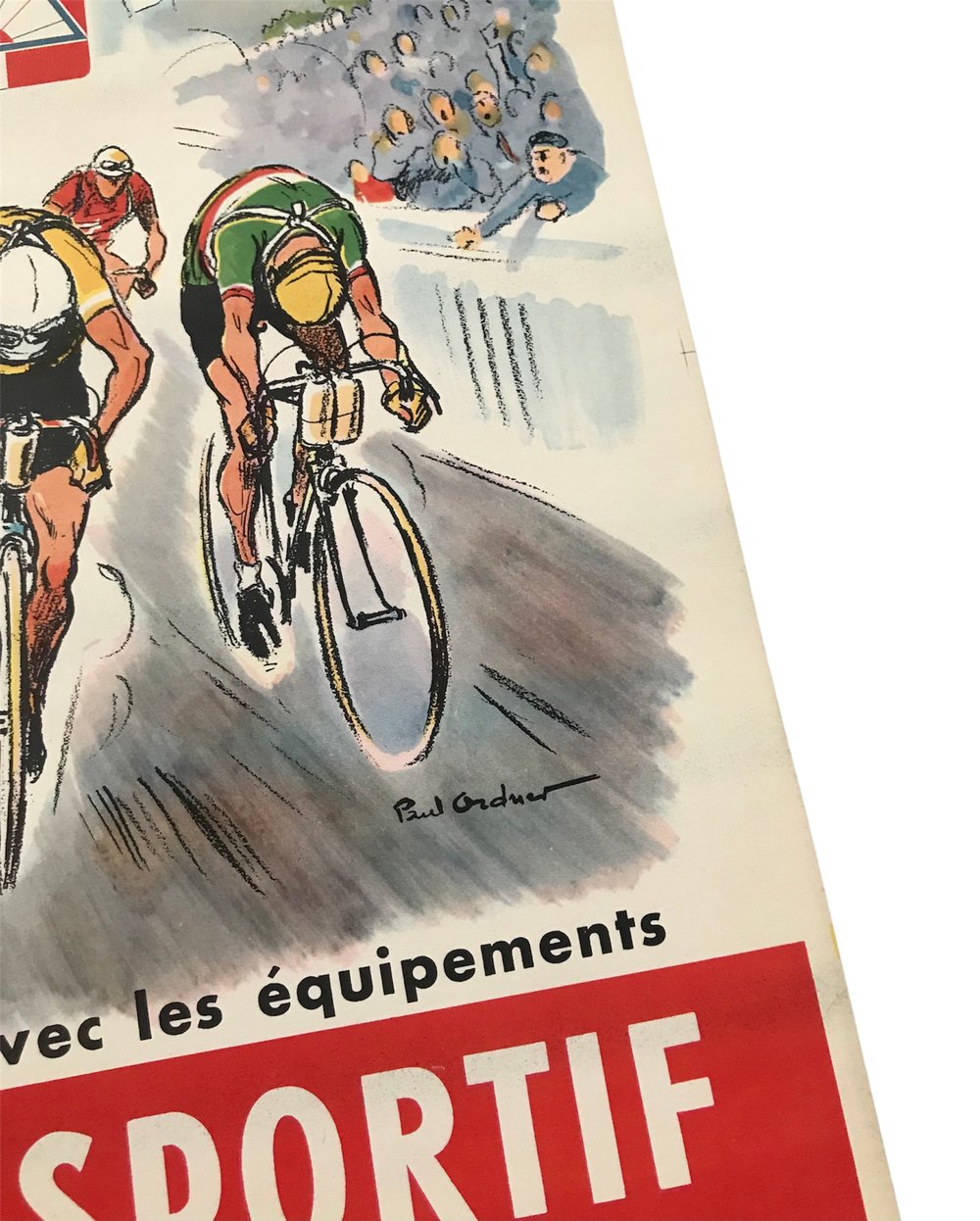 Long before the sporting gesture was shot by photographers, it was the illustrators whose mission was to translate it into images in the columns of newspapers. Paul Ordner (born on December 27, 1901) in the 10th district of Paris and died on October 15, 1969 in Neuilly-sur-Seine, is a French illustrator and press cartoonist, an undisputed master of his field, introduced readers of the press, both specialized and non-specialized, to numerous disciplines before and after the war. The accuracy of his style was due in part to his study of the movement of the movement of the athletes.

The appearance of national teams in the Tour de France began in 1931 after the decision of the Tour boss Jacques Goddet. Indeed, the tactics of the branded teams dominated by Alcyon, among others, ruined the interest and integrity of the race until the end of the 1920s. Therefore, from 1931 and without interruption until 1961, the national teams represented by their best riders were going to change the look of the riders in the peloton to the delight of the public. The Le Coq Sportif brand understood the advertising stakes by becoming the official equipment supplier of the national teams from 1951. From 1962 to 1966, the sponsored teams made their appearance again, except in 1967 and 1968 when they were replaced again by the national teams.

Later permitted to include their individual team sponsor branding via a discreet patch at the chest.

Printed in Paris/France by Keller

1966: The Société du Tour de France accepts that the logo of the small rooster in its triangle appears on the jerseys of the Tour, the victory of the Frenchman Lucien Aimar is widely relayed by the television and the magazines ensuring a new notoriety to the mark.

Le Coq Sportif was also the official equipment supplier of the Tour de France 1967 and 1968 to provide all the jerseys of the national teams.

The yellow jersey designed by Le Coq sportif, historical partner of the Grande Boucle first manufactured it from 1951 to 1988, before taking over the design in 2012 untill 2021.