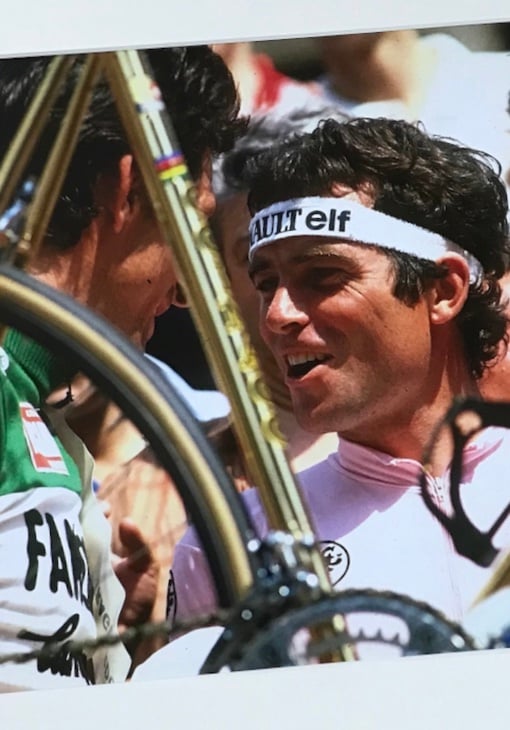 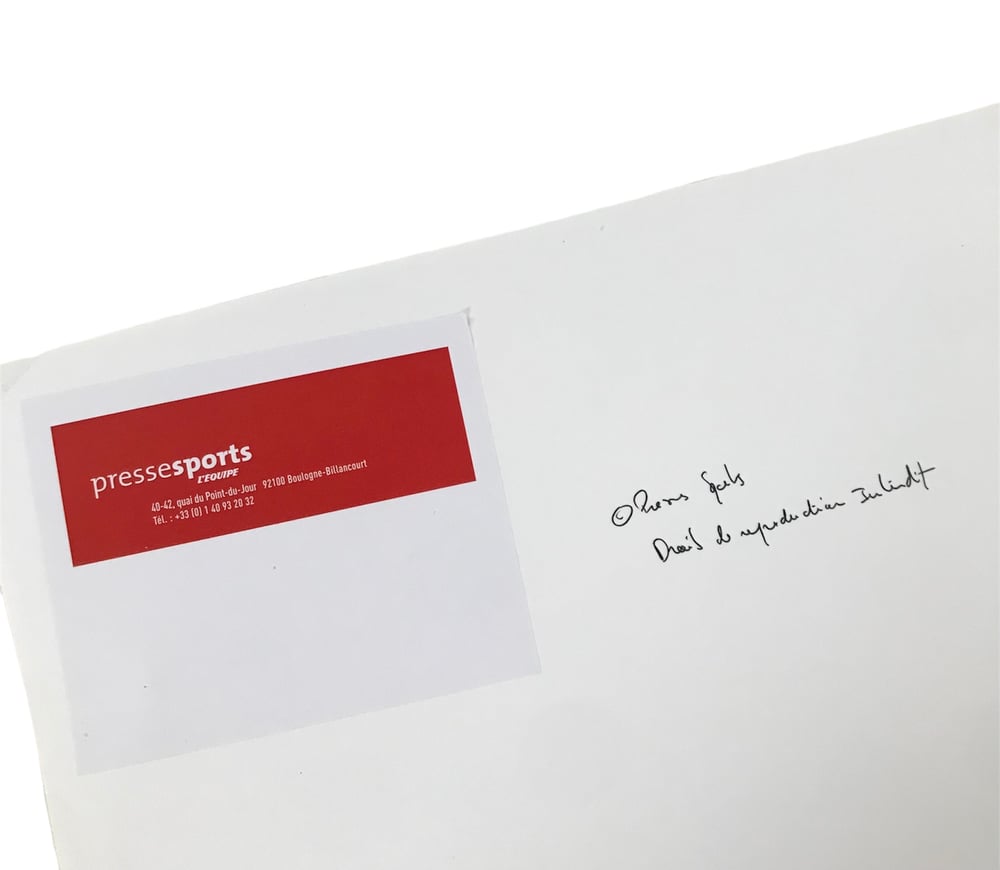 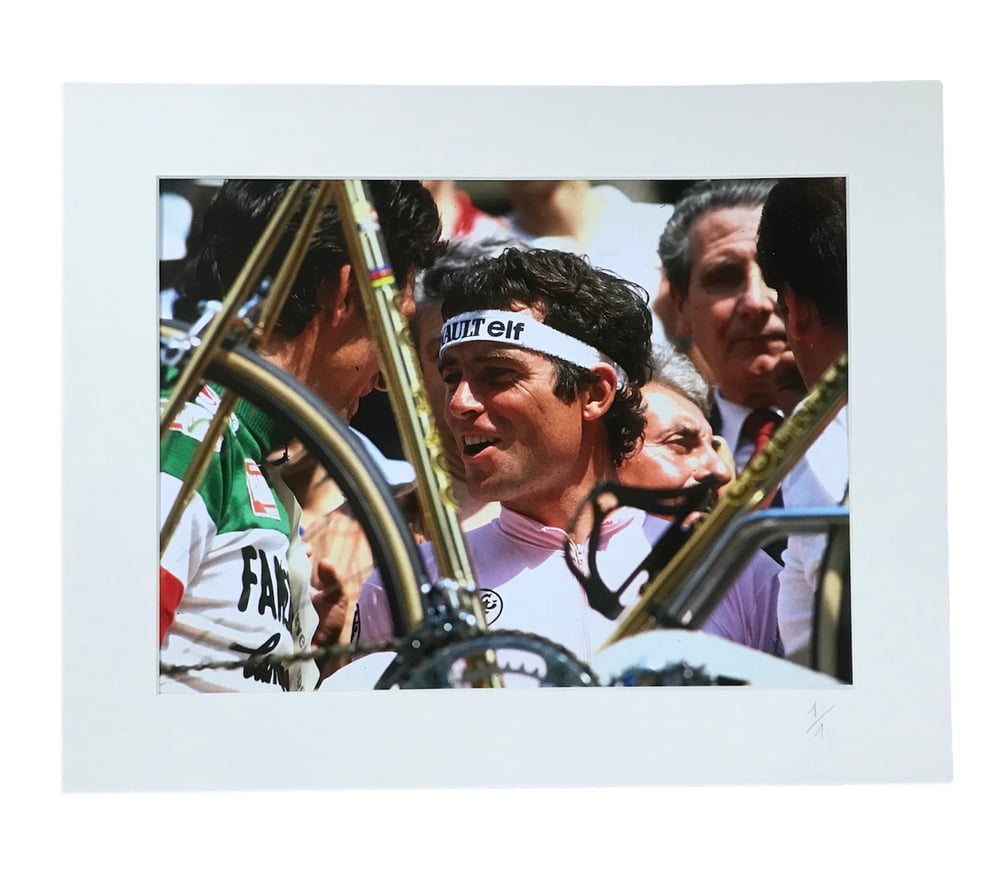 Description:
Two of the greatest champions of the late 70's and early 80's at the start of the 1982 Giro d'Italia, Francesco Moser and Bernard Hinault slightly hidden in front of this beautiful Colnago gold plated bike.

Alo in great discussion the brilliant and charismatic Vincenzo Torriani who was an Italian sports executive and director of the 1982 Giro d'Italia road cycling race from 1949 to 1992.

This is an original, NOT a reproduction

Printed in France by PresseSports L’ÉQUIPE

Additional information:
Additional information:
Bernard Hinault (born 14 November 1954) is a French former professional road cyclist with 147 professional victories was nicknamed Le Blaireau (either “the shaving brush” or “the badger”), as he would often do a hairband, thus resembling a shaving brush. He was respected early on in the professional peloton, quickly becoming "the Boss" or "le patron". He is one of only six cyclists to have won all three Grand Tours, he won the Tour de France in 1978, 1979, 1981, 1982 and 1985. He came second in 1984 and 1986 and won 28 stages, of which 13 were individual time trials. The other three to have achieved five Tour de France victories are Jacques Anquetil, Eddy Merckx and Miguel Indurain; of these, Hinault is the only one to have finished either first or second in each Tour de France he finished. He remains the last French winner of the Tour de France.