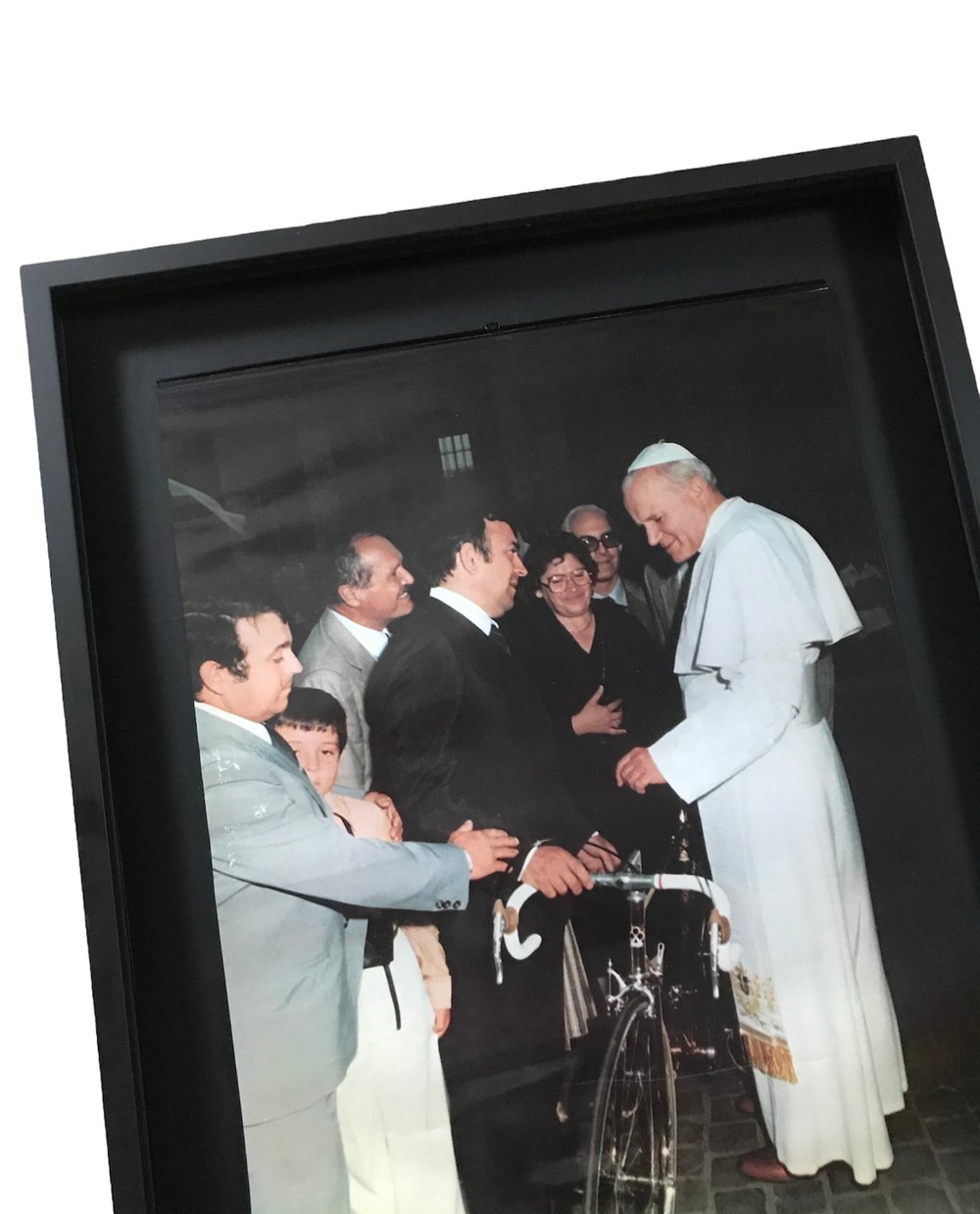 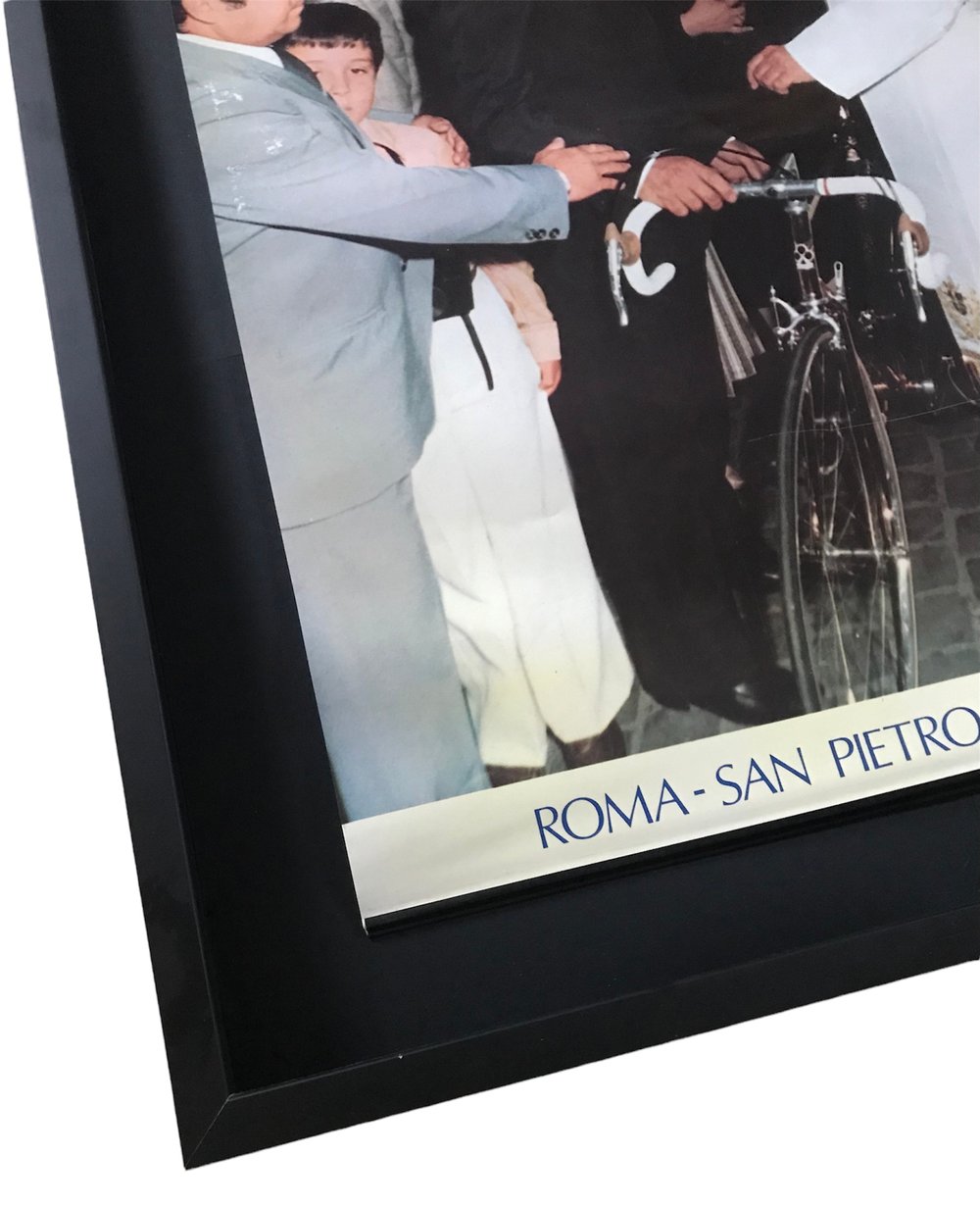 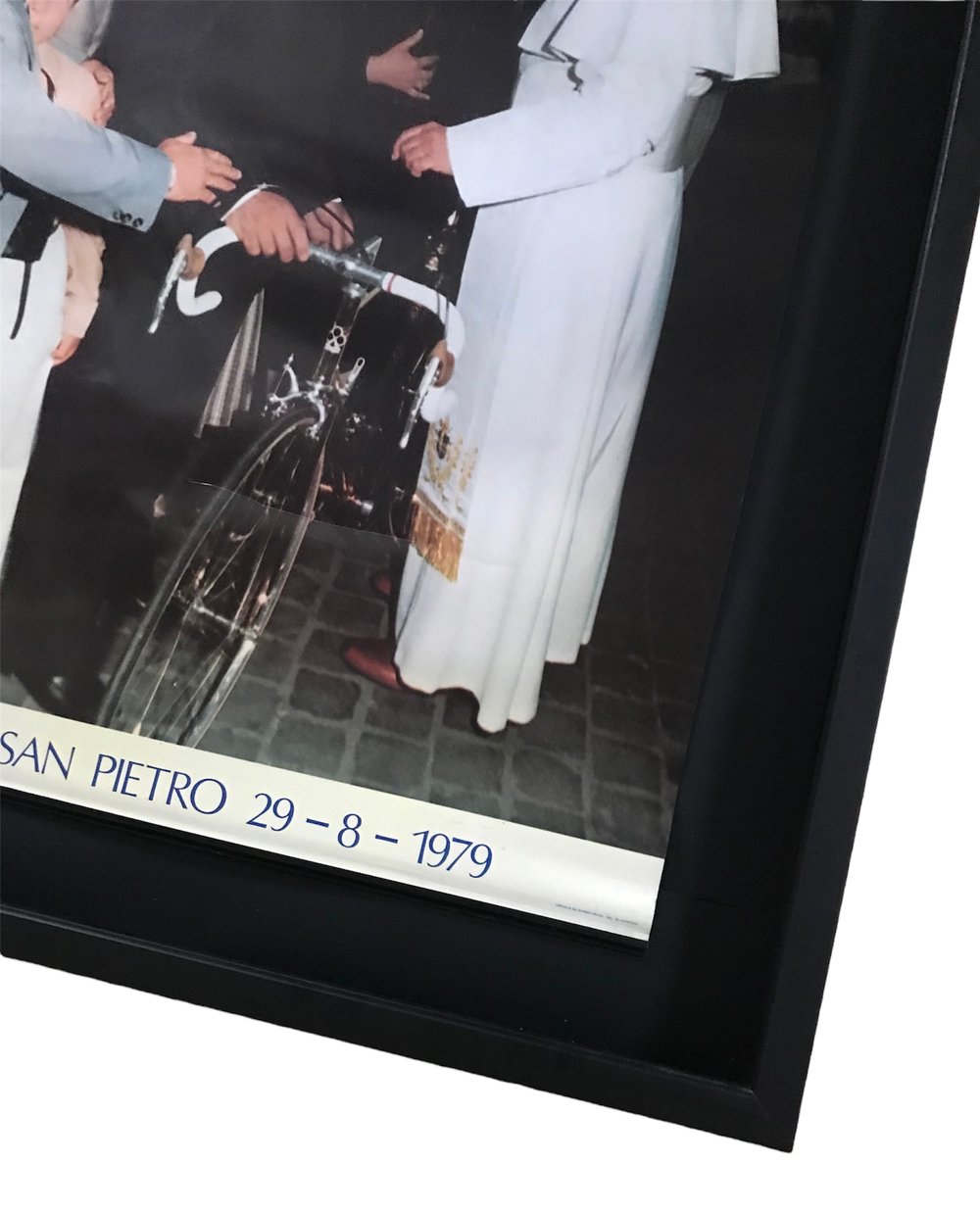 Description:
One of the nicest and mythical poster of Ernesto Colnago. In 1979 Ernesto presented Pope John Paul II the first Gold plated (ORO) Colnago Mexico in the series.

Ernesto made a beautiful and very special Mexico gold bike for Pope John Paul II in 1979. Constructed from steel and plated in 18 carat gold, he presented the bike at the Vatican. After the Pope's death, the bike was auctioned off but later repurchased by Colnago and is now shown off in the museum.

Condition: New Old Stock / Its not a current reprint but an ORIGINAL promo poster from Ernesto Colnago’s company. Been stored in a tube in excellent condition.

Additional information:
"I knew that Pope John Paul II was an avid cyclist in his youth, so I decided to prepare a special bike for him, a unique creation,” Colnago says.

In the words of Ernesto Colnago, "We built this golden bike for the Pope in 1979. It was a special day when we went to the Vatican to present it to him. Very emotional for me. I went with my entire family; my brother Paolo and his son Alessandro. We heard that the Pope liked to ride a bike and that he did a ride of 38km two times a week when he was in Krakow and he continued to ride when he was in Castel Gondolfo (the Pope's summer residence outside of Rome).

The Pope picked up this bike and told me it was marvelously light and that he wished he had one like it a long time ago!

I remember that the Pope said to me that "you are in the midst of all the cyclists and the sport and I want to bless cycling and all the riders." That really touched me deeply when the Pope said that.

I don't believe that Pope John Paul II actually rode this bike so after a year or so the Vatican contacted us to give this bike back and the Pope requested a sports type bike with regular flat handlebars so we built him one, a white one. That's the bike he rode in Castel Gondolfo."