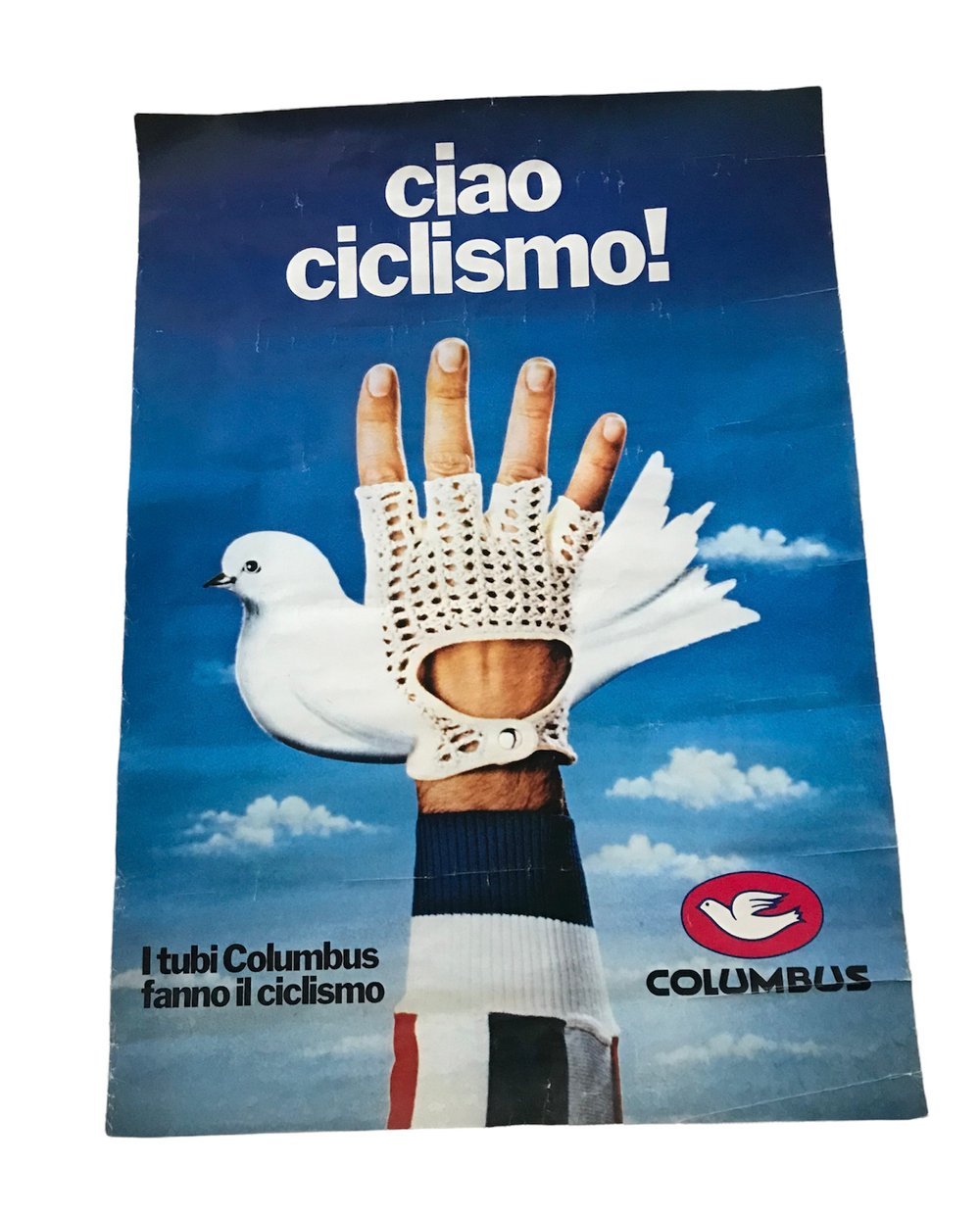 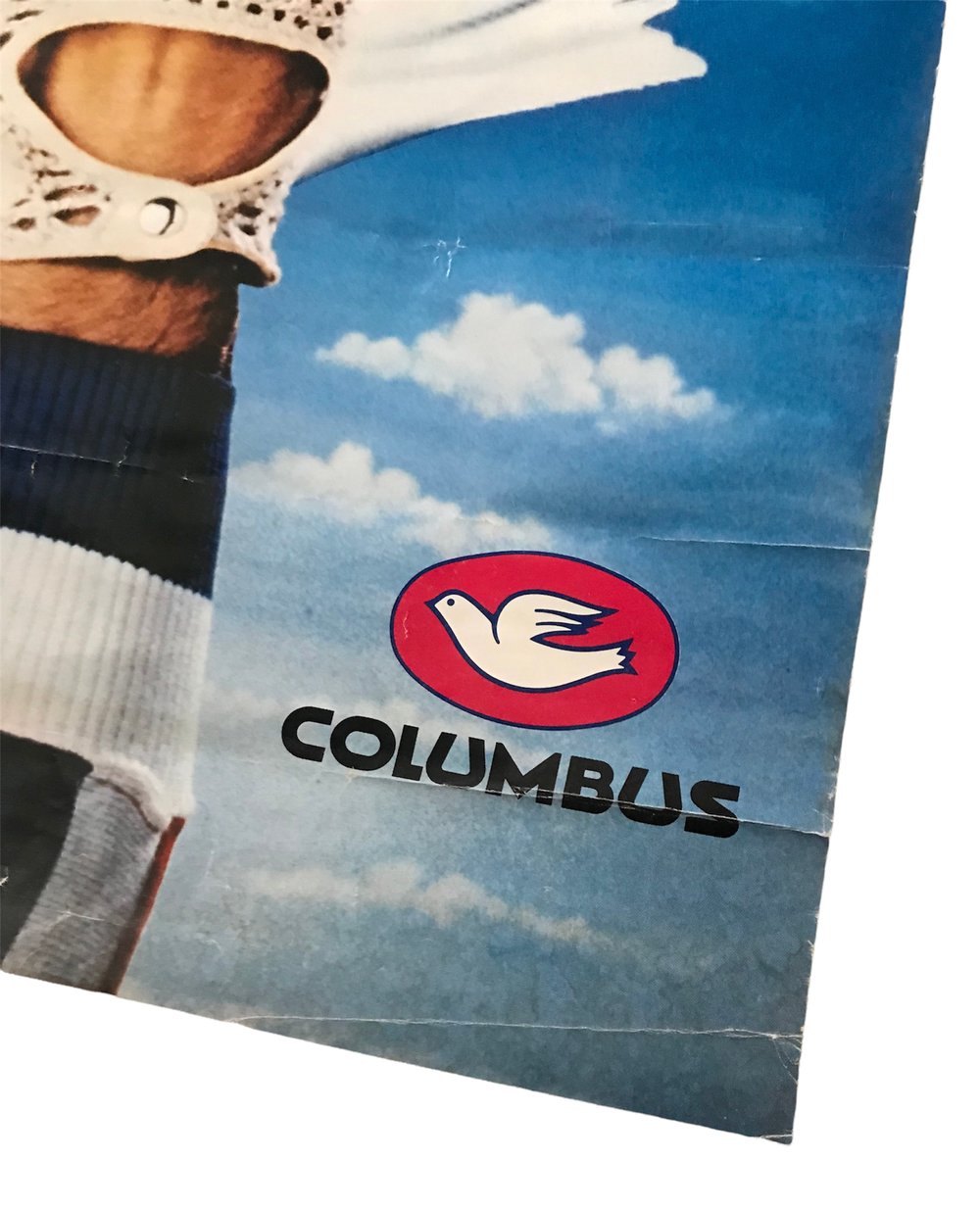 Description:
This is the first poster made year 1977 by Antonio Colombo. The feel of steel, the smoother steel of Columbus! Combination of Innovation, technology and competition! Colombo’s tubes were drawn in furniture designs, cars and bicycles.

PLEASE NOTE to review carefully the photos to determine the condition:

Additional information:
In 1919, as Europe emerged from the ashes of the Great War, a twenty-seven year old Angelo Luigi ‘A.L.’ Colombo signed the lease on a small factory and so began the production of steel tubes. in 1930, Angelo Luigi created the brand name ‘Columbus’, which was initially only associated with tubular chromed-steel furniture.

Columbus’, a new company dedicated to the development and production of specialist tubes for bicycle frames, is formed in 1977. Antonio Colombo, youngest son of Angelo Luigi, leaves his position as President of A.L. Colombo to devote himself entirely to the new-born Columbus.

In the West of Milan, the headquarters of Cinelli and Columbus share a compound. Since Antonio Colombo, whose father started Columbus in 1919, bought Cinelli in 1978, they’ve been part of the same family.